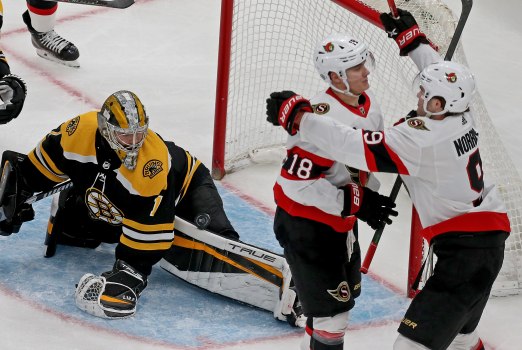 The company planning to turn the land around Iowa’s “Field of Dreams” movie site into a youth sports mecca announced Thursday that the project is underway, and that new fields, dormitories and a hotel could be in place next year.

The project, which company officials said has lined up $80 million in private investment, is headed by White Sox Hall of Famer Frank Thomas. He said at a news conference in Iowa that the aim is to create “the premier travel baseball and softball destination for boys and girls.”

Architectural renderings show nine new competition fields built across a cornfield from the preserved film set and a stadium built to host last summer’s major league game between the Chicago White Sox and New York Yankees (the Chicago Cubs and Cincinnati Reds will play there in August).

The plans also call for an indoor training facility, a concert amphitheater, an RV park, jogging trails and a park that can be accessed by people with disabilities. That entire project could be finished by 2025.

“We will keep it pristine,” he said. “That’s our goal — to take this amazing venue and just enhance it. We’re not going to detract from it. It’s a great tourist destination. Now we’re going to have baseball, softball, music, hotel, you name it.”

The property began its shift from low-key tourist attraction to commercialized venture when Denise Stillman, a health care consultant and entrepreneur from Oak Lawn, led a group of investors who bought the set and surrounding 193 acres in 2011 with the idea of turning it into a youth baseball hub.

The company fought off lawsuits from neighboring property owners unhappy with the idea of more traffic and visitors. Chicago area real estate developer Rick Heidner, an investor in the project, said at the news conference he expects no further opposition.

“There’s nothing that’s going to stop us at this point unless somebody tries to put some kind of a block on (the plan), but we don’t see anything happening,” he said. “I don’t believe we’re asking for any variances. … It seems like the community, or 99% of the community, has very much embraced it.”

Water service to the property is already being extended from nearby Dyersville, company officials said. About 350 youth teams will come to the area for tournaments this summer, though the games will be played away from the “Field of Dreams” site.

“We want to make sure those people will be happy to come back next year, when all the infrastructure is almost complete,” Thomas said.