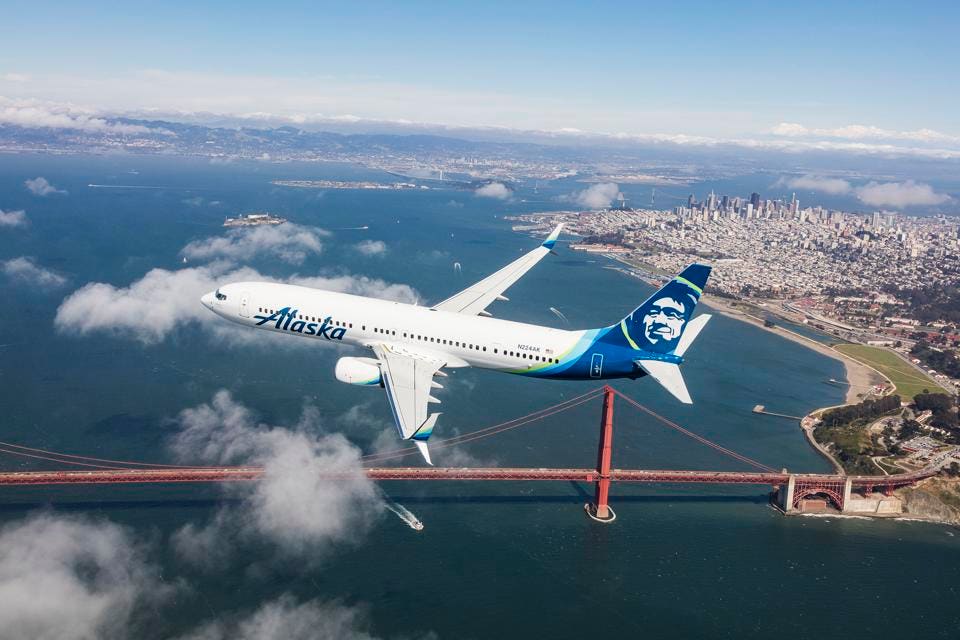 Alaska Airiness [NYSE: ALK] just announced a new subscription plan. What is Alaska offering with Flight Pass, and what will it mean for potential passengers?

For the airline, the benefit is obvious enough. It gets a stream of monthly and annual revenue without necessarily having to sell an individual product (ticket). Americans are already spending billions on subscriptions, like Amazon Prime, video streaming services like HBO Max, SiriusXM, GM OnStar, and more, so perhaps budget-conscious passengers will flock to Flight Pass.

According to Alaska, Flight Pass members can fly up to 24 roundtrip flights a year to the most popular routes within California, as well as nonstop service from California airports to Reno, Phoenix and Las Vegas, for a fixed monthly rate that starts at $49. California airports listed for the plan include San Francisco, Los Angeles, San Diego, Orange County and Burbank.

College students flying between home and school would be one obvious market. Another would be businesspeople traveling the tri-state area. Work-anywhere types, a growing phenomenon in the pandemic era, might also benefit.

Intriguingly, smaller, vacation-oriented destinations like Palm Springs, San Luis Obispo, Santa Barbara, Sonoma, and Monterey are on the Alaska destination list as well. Such destinations are perfect for a short beach, surfing, wining, or golfing getaway from the big cities, or for people with a second home. 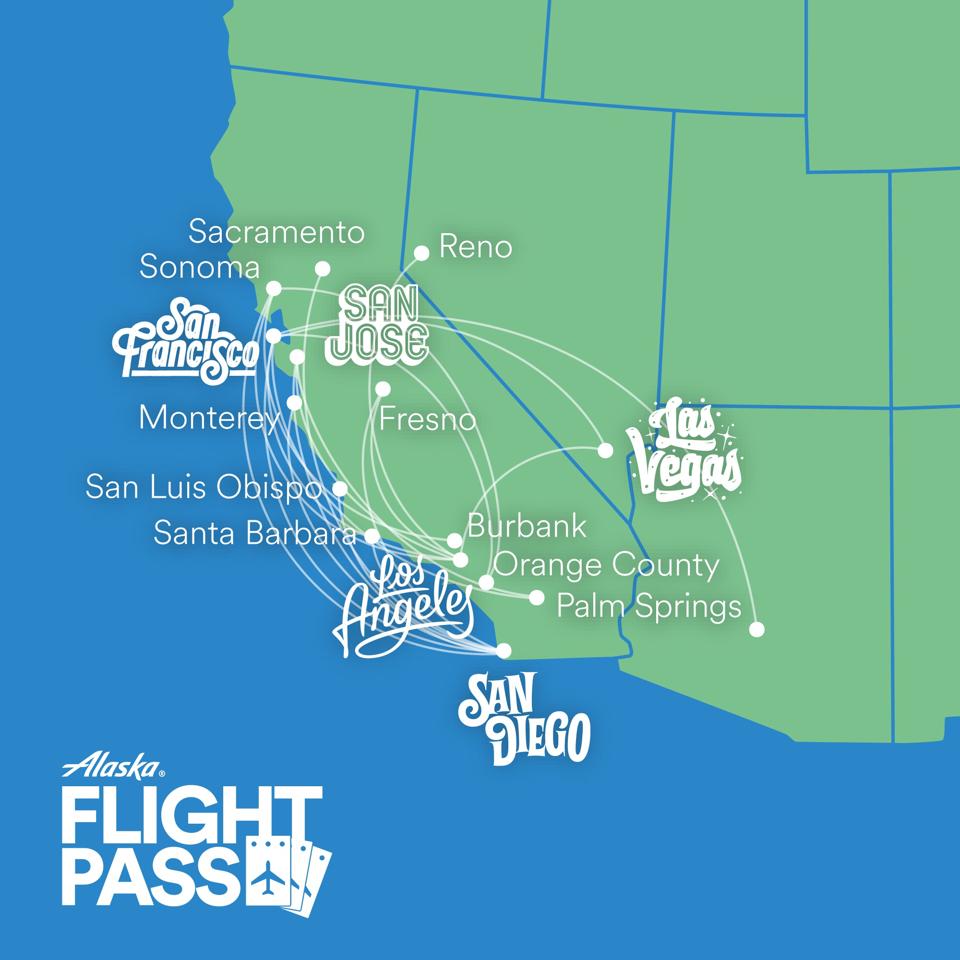 The route map for Alaska's Flight Pass Program, launched in February 2022. The plan, which starts ... [+] at $49 per month, allows travelers to use credits to fly 6,12,or 24 roundtrips to 16 cities in California, Nevada and Arizona.

The plan allows travelers to lock in main cabin fares for a full year, potentially aa good deal in an environment where air fares have been predicted to rise 7% per month. Alaska claims subscribers will get lower than average fares on eligible flights.

There are two versions of Flight Plan, according to Alaska. At the website, you can sign up for the “value” plan, Flight Pass, or the most flexible version, Flight Pass Pro.

Flight Pass starts at $49 per month, requires booking at least 14 days before travel, and as early as 90 days in advance.

Flight Pass Pro starts at $199 per month. It certainly is flexible; the Pro version allows same day booking up to two hours before departure (if available) and as early as 90 days in advance.

For either plan, users, choose the number of roundtrips they would like annually which can be 6, 12 or 24 nonstop roundtrip flights. Subscribers will receive credits deposited monthly or bi-monthly into their Flight Pass account. After you have built up credits, you can redeem them to book your trip on an eligible flight.

Flyers are still required to pay applicable government taxes and airport fees on each flight, in addition to the monthly subscription fee and nominal fare. Alaska says that for most flights the ‘nominal fare’ is only $0.01, while taxes are typically under $15.

Flights flown on Alaska through Flight Plan include the ability to earn miles toward Mileage Plan elite status or used with the airline’s partners in oneworld global alliance.

“Flight Pass builds on our mission to offer travelers the most West Coast destinations at the best value,” said Alex Corey, managing director of business development and products for Alaska Airlines. “After two years of staying close to home, guests are ready to travel again and with 100 daily flights from 16 airports throughout California and between California to Reno, Phoenix and Las Vegas, Flight Pass will take them there." Corey told Cranky Flyer that there are 3.5 times more people traveling within California than any other state. 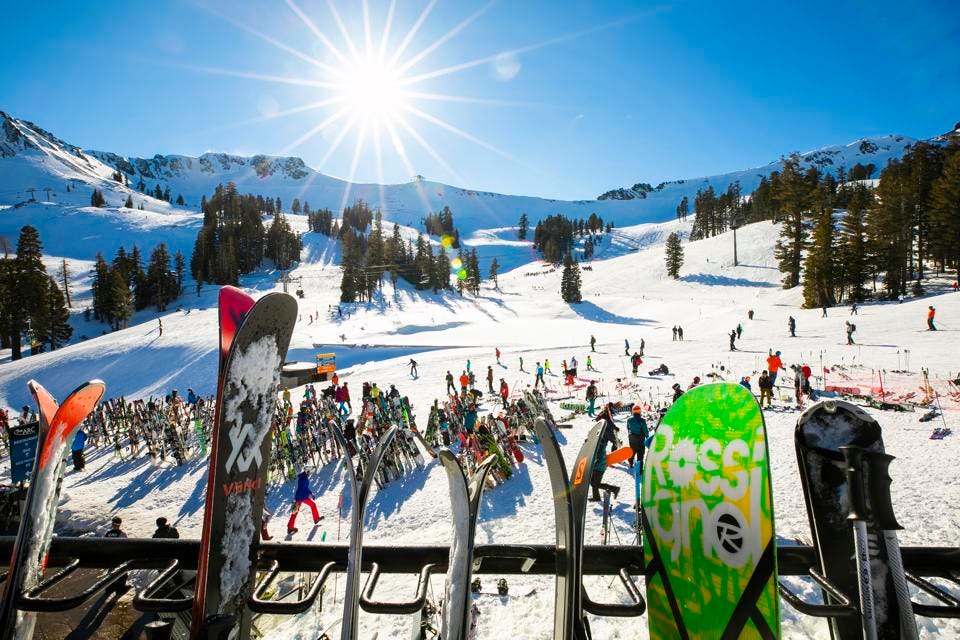 We asked top airline analyst Savanthi Syth, Managing Director for Global Airlines at Raymond James Associates, what she thought. “There have been versions of the subscription plan tried in the past. I guess the most successful one, in terms of continued use, is Spirit's’"$9 Fare Club,’” says Syth, taking gentle issue with Alaska’s press release calling Flight Pass the “first-ever flight subscription service in the U.S.” Others remember pass-like programs with ATA, since absorbed into Southwest, and JetBlue’s late, lamented All You Can Jet program.

“The success of Alaska's offering will depend on the ease of use and value provided for subscribers,” Syth noted. “For those traveling a lot along the West Coast, this is likely a very good value relative to buying without a subscription.”

To use the Alaska Flight Pass, Syth says, “First you figure out if you want the flexibility to buy close in or are willing to have a time restriction (i.e., have to buy the ticket at least 2 weeks in advance) in exchange for a lower subscription rate. Then you figure out if you think would be taking 6, 12, or 24 trips a year. That level of choice means it should appeal to a wider group of passengers, but clearly not those that don't travel along the West Coast or only travel a few times a year (1-5).”

Still, there are fifty million people living in California, Arizona, and Nevada, so Alaska has clearly identified a substantial target market. What will Alaska get out it?

Syth says, “Visibility, in terms of cash flow (monthly guaranteed cash flow) and in terms of building load factor that helps with revenue management (especially on those subscriptions that require booking trips at least 2 weeks in advance). It also should build brand loyalty, assuming Alaska delivers value, so subscriptions get renewed.”

Alaska has long had a reputation for good customer service, and recently was rated second of nine U.S. airlines by the Wall Street Journal, trailing only Delta. Will the new pass and customer loyalty make Alaska more competitive in this market with Southwest and upstart Avelo? Only time will tell. 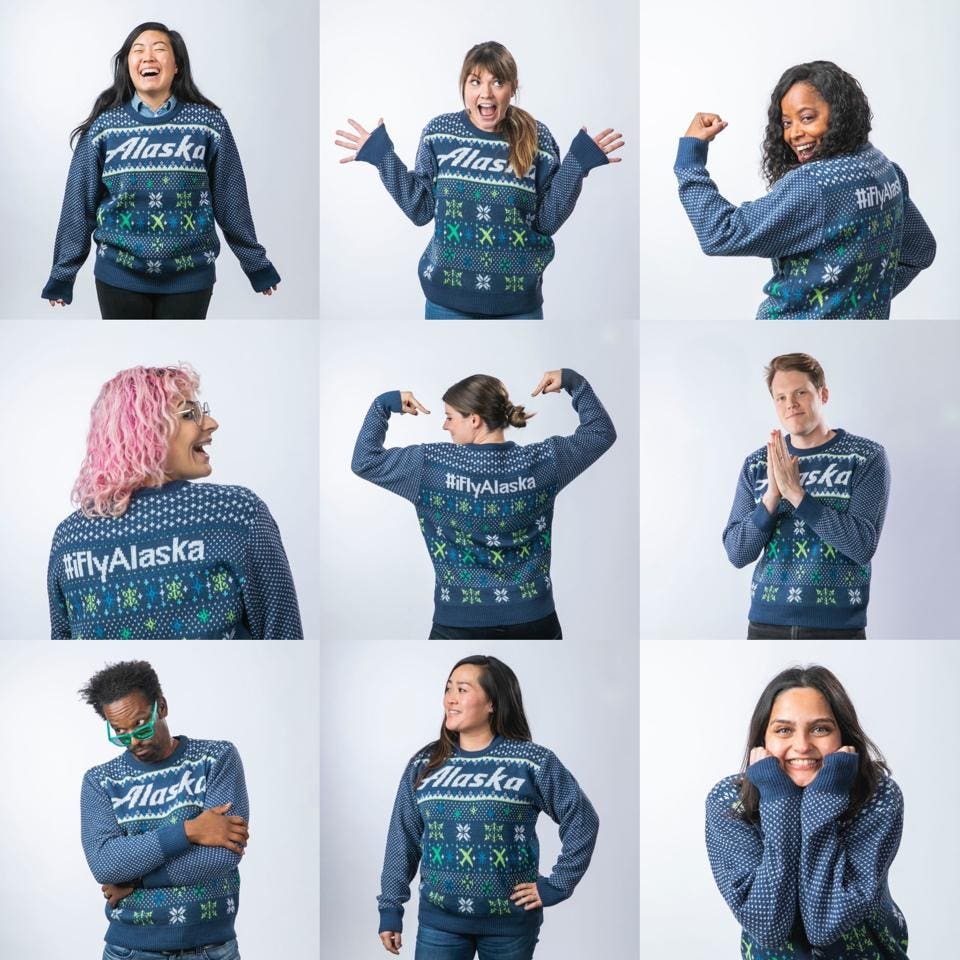 An Alaska promotion where, guests dressed in fly holiday gear get priority boarding Dec. 20 on all ... [+] Alaska Airlines flights.