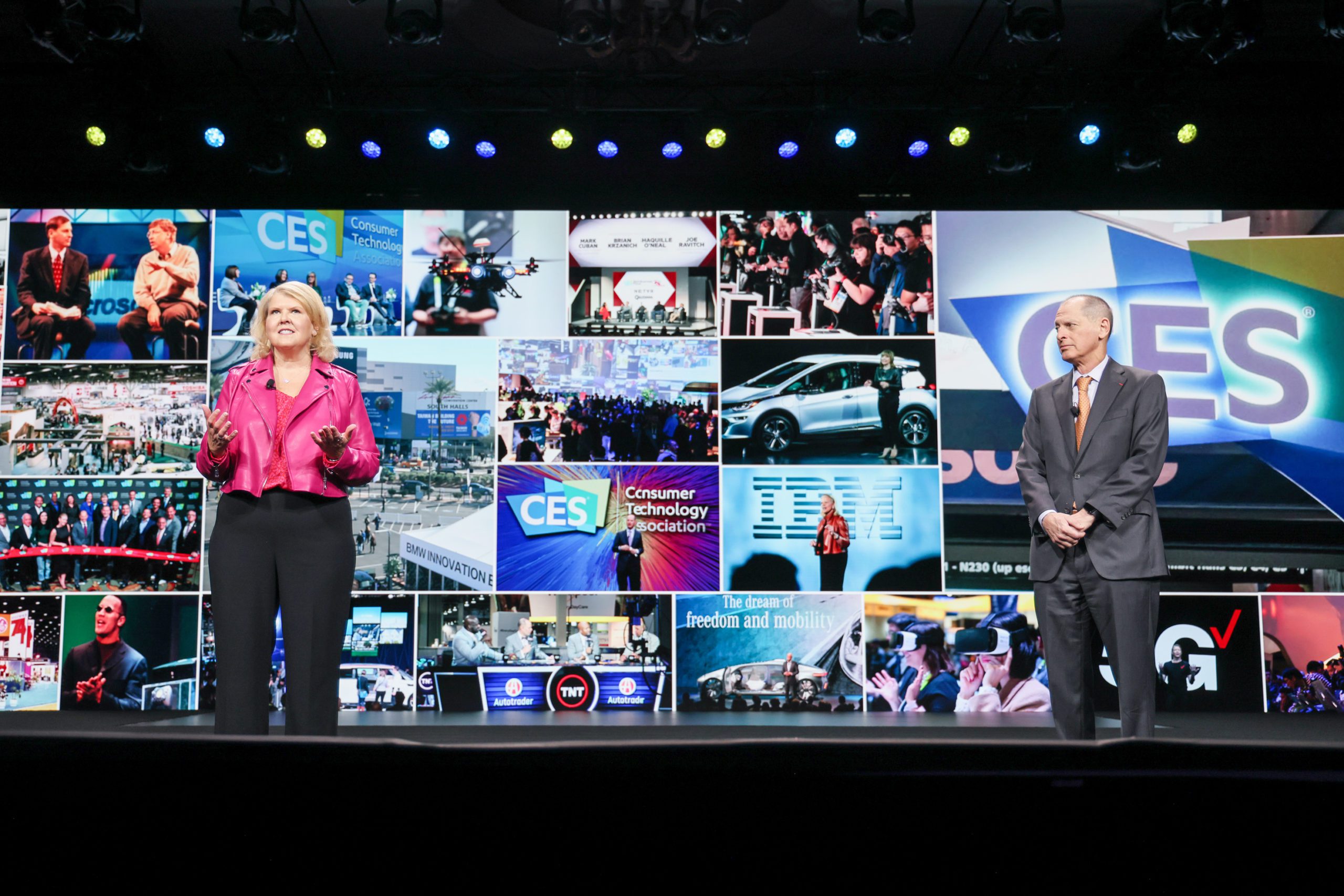 Over the past two years, second-tier event destinations have been growing in popularity, and it’s not just due to a more friendly price tag. As in-person events continue to recover, some might be surprised to learn that those same cities have actually been closing the gap and moving into the first-class conversation. Whether it’s a question of economic opportunities or infrastructure capacity, they’re getting ready to deliver at a level on par with the world’s top business event destinations.

This renaissance is the result of a two-pronged effect, spurred as much by remote workers and enterprising businesses choosing to relocate as by government revitalization projects. In 2021 alone, Baltimore saw cybersecurity companies DataTribe, Evergreen Advisers, and AllegisCyber all set up offices inside the city — with Port Covington, one of the country’s biggest urban redevelopment projects, being their neighborhood of choice. And it doesn’t stop there. Baltimore currently has nine multi-million-dollar revitalization projects underway. Event organizers can increasingly look to so-called second-tier cities for state-of-the-art infrastructure and top-notch talent.

As the event industry works to reinvent itself, balancing rising costs against the pressure to deliver outstanding experiences and a lower carbon footprint, it’s time to take a second look at event destinations that are equally invested in a new path forward.

Before the pandemic, one in seven people indicated they wouldn’t fly because of worries about the planet. Those fears are getting bigger with groups like No Fly Climate Sci and Flight Free USA leading the charge. And even for those who might buy carbon credits to offset the impact of getting on a plane, flying is getting far more expensive. In fact, data from the U.S. Bureau of Labor Statistics recently revealed an 18.6 percent year-over-year increase in airfare costs — a troubling recipe as companies and individuals alike try to limit spending in a time of economic uncertainty.

With that in mind, the future of events needs to take multiple transportation options into consideration. As the aviation industry works to embrace cleaner energy, successful event destinations will double down on alternative transportation options that offer a smaller cost for attendees and a smaller cost for the environment. In Baltimore, a massive renovation of the city’s train hub, Penn Station, began last year. The project includes plans to double train capacity, along with adding the necessary infrastructure for high-speed rail, to position the city in a prime spot for the next generation of travel.

Vanessa Finney, executive vice president of the Mid-Atlantic Nursery Trade Show (MANTS) — an annual gathering held in Baltimore every winter that routinely sells out every inch of the Baltimore Convention Center’s 300,000 square feet of exhibit space — highlights that no matter how attendees travel to the city, they can count on cost-effective and low-carbon ways of getting around once they arrive. “You really don’t need a car in Baltimore,” Finney, who also lives in the area, told Skift Meetings. “Between the light rail, the circulator [the city’s free bus service], the water taxi and the overall walkability, getting around is easy.” Urban renewal also brings with it the opportunity to be strategic about where (and how far apart) to invest resources. Thanks to careful city planning, almost all of Baltimore’s major redevelopment projects are taking place within a ten-minute drive of the Baltimore Convention Center, and several within a ten-minute walk. Eco-conscious event planners should always aim to minimize travel distances — whether it’s a question of getting to the destination itself, or moving around within it.

Attendees aren’t the only ones who are focusing on their budgets. As the event industry slowly works to recover from the devastation of the pandemic, organizers are more focused than ever on expense management. It’s a tough balancing act, though: Deliver the kind of experience that attendees who have been stuck on Zoom have been missing while managing the painful challenges of inflation. This is where cities that are finding new uses for old buildings and revitalizing unused spaces can provide the necessary magic.

“Compared to other cities, overall, I believe Baltimore to have significant economic value,” Finney said. “In particular, I find the hotel options are not only diverse, but the price points for a typical event stay are also very reasonable. Baltimore is also a more affordable destination than other cities in the Mid-Atlantic region.”

Some organizers might be a bit skeptical of the experience that sits behind a lower price tag. Thanks to recent redevelopment campaigns, however, the infrastructure can still be very much in line with the event industry’s future. Royal Farms Arena – often used as a companion venue for convention center groups that need additional space – is in the midst of a $150 million renovation that will expand seating capacity to 15,000 and add a new glass exterior. With construction moving quickly, the upgraded facility will be finished in time to welcome crowds to the 2023 Central Intercollegiate Athletic Association Tournament. Those crowds will have plenty of new entertainment options to choose from, too, including a new $50 million concert venue in the Warner Street Entertainment District. These are just two examples of why Finney credits the city as “a master in taking older or former industrial areas and revitalizing them.”

Embracing the Outdoors With New Opportunities for Open-Air Events

Following the same trend, plenty of event organizers have focused on utilizing the outdoors for receptions and educational environments throughout the pandemic, and the taking-class-outside movement isn’t going away anytime soon. In addition to limiting virus transmission and enabling easier social distancing, outdoor spaces allow participants to enjoy spending more time under the natural sun versus more time beneath the glowing lights of a ballroom.

Outdoor dining areas, like Baltimore’s waterfront patio restaurants, can also be a refreshing change of scenery. Try to pick neighborhoods with boardwalks and other picturesque walkways so the group can stroll around before or after the meal — and even people-watch while sitting. “Americans have been eating and drinking outside like Europeans and we like it,” Bruce Warrener and Dean Mistretta at Johnson Wales University recently wrote in a prediction piece about the future of events. “The pandemic left a mark, and some people prefer to be outside because they consider it a safer place to be. As long as the weather allows, consider holding any event outside that lends itself to being held outside.”

The city planners behind Baltimore’s expansive development are paying attention. From 40 acres of parks at Port Covington to a $17-million makeover of the three parks at Rash Field, much of the city’s reinvention will offer more opportunities to escape the indoors. It often pays to host events in destinations with a bustling local market, but it’s not just the biggest metropolises that offer top-notch speakers and a ready-made attendee base.

When cities work to upgrade their physical infrastructure, intellectual capital often follows close behind. The shift towards remote work has only accelerated this trend. In turn, many business leaders have used the pandemic reshuffling as a chance to reevaluate where to plant roots. As companies looked to shed high-priced headquarters, second-tier cities have stood out on the map. In Baltimore, other companies have taken a cue from those pioneering cybersecurity companies that set up shop in Port Covington with multiple tech startups making the same move. Even before the pandemic, Baltimore made it into Forbes’ list of top rising cities for startups with more than $1 billion in VC investment.

A thriving business community pays dividends for residents, and it also carries a meaningful impact for event organizers. A local pool of leaders who are disrupting traditional industries gives organizers the chance to add prominent speakers and subject matter experts to their programs. It saves money on travel, but more importantly, it’s another way to connect the program to the fabric of the host destination.

Being strategic about an event’s destination also means taking nearby cities into account. The TechNet Cyber 2022 conference, for example, not only capitalized on Baltimore’s status as a tech hub, but also benefited from its proximity to Washington D.C. with a lineup of speakers drawn from the region’s influential decision makers.

Events have always been built on delivering two key opportunities: learning and networking. While those benefits can happen anywhere, more organizers are recognizing that most participants want to see what’s going on beyond the four walls of a physical venue. A big share of the appeal comes from attractions in tucked-away corners of a city, just outside the convention center campus. “As the city is redeveloping, it is giving our attendees and our exhibitors more and more reasons to come in and explore,” Finney said. “When you’ve been in the same city for 42 consecutive years, you want to keep things different — because people come to see what the city is about. It’s an opportunity to travel and to learn.”

For the loyal, year-after-year participants at MANTS, that means a 15-minute stroll to browse the local Baltimore vendors in Lexington Market — a 200-year-old hallmark of the city’s entrepreneurial spirit that has been modernized and upgraded for 2022 — or a 10-minute water taxi ride to Harbor Point for some of the city’s tastiest FB options, including a new spot from James Beard-winner Spike Gjerde.

Wherever they go, those attendees will find that the city’s cost-effectiveness is doing more than attracting meetings. It’s also luring imaginative thinkers, foodies, and visionaries away from higher-priced destinations to leave their own mark on Baltimore. The city earned a spot on Thrillist’s most recent rundown of Great American Cities for Creatives (That You Can Actually Afford to Live In). It’s safe to say that some of those creatives played a role in helping the city land in coveted company — Insider’s rankings of top places in the U.S. to visit in 2022.

As the city continues to reinvent itself, it seems likely that Baltimore will start showing up on some very important rankings: consideration lists for more conventions and major events in 2022 and beyond.