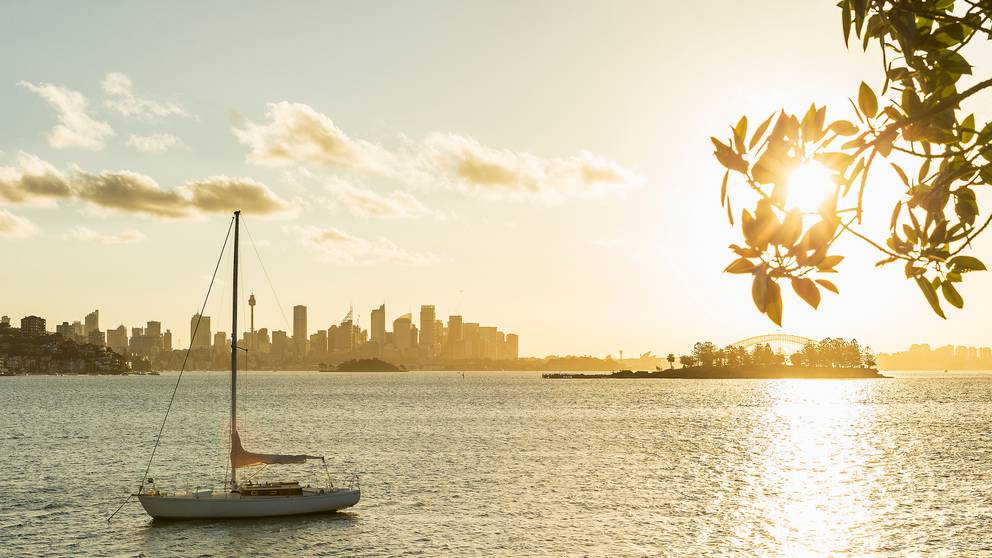 Where I'd rather be: Taking a fresh look at Sydney Harbour

APP OF THE YEAR

Experience Sydney Harbour like never before with one of these unique activities.

Of a morning, there are many scenarios you don't want to wake up to but a koala perched directly outside your bedroom isn't one of them. Nestled within a bushland setting, the Wildlife Retreat at Sydney's Taronga Zoo allows for koalas, wallabies and echidnas to roam freely outside your digs, with guests coming face to face with furry residents from their luxury suites and floor-to-ceiling windows. Packages include an afternoon tour of the sanctuary, up-close animal experiences and dining at Me-Gal restaurant. Sure, the breathtaking Sydney Harbour views are impressive - but they can't possibly trump a tubby koala.

The eight islands that pepper Sydney Harbour were once occupied by prisons, sandstone mines and science labs. Spectacle Island remains a naval facility while others have been transformed into public-permitting reserves where history and city views abound. Those with boats can pay a small landing fee to dock at Rodd and Clark Islands, the latter being a prime spot for a picnic; a guided heritage tour grants access to Goat Island and Shark Island is reached via tour operators and a ferry service. As is Cockatoo Island, which allows for extra-special overnight stays. Visit the Harbour Trust website to book heritage houses, plush apartments or a scenic plot at the waterfront campground.

All manner of cruises

Charter a captain and his entire yacht, jump aboard a Sydney Harbour tall ship or commandeer your own vessel and freestyle it with friends. Sailing experiences range from a few hours to several days. If you're after a high-end experience at an affordable price, Journey Beyond has just launched their Sydney Sundeck Cruise. Laze away two-and-a-half hours in the day or three hours come sunset with drinks on arrival and grazing plates to pick at from the deck of Spirit of Migloo. Combining scenic harbour views with iced drinks and small passenger numbers, at A$65pp, it exceeds expectations rather than the budget.

If you're after a high-end experience at an affordable price, try a Sydney Sundeck Cruise. Photo / Supplied

Easily Sydney's worst kept secret. Located in Lavender Bay Parklands, with unprecedented harbour views and a project 30 years in the making, Wendy Whiteley's garden initially stemmed from grief, foremost from the death of her husband and later, tragically, her daughter. What was once a patch of unused railway land literally became a place to rebuild. Today it is an Eden of winding pathways, hidden nooks and escapism. Wendy never gained permission to landscape the area, nor was she ever told to stop. In 2015, the New South Wales Government granted a 30-year lease to North Sydney Council, allowing Wendy's vision to thrive on.

The latest in Travel, landing in your inbox every week.

For the first 16 weeks* pay just