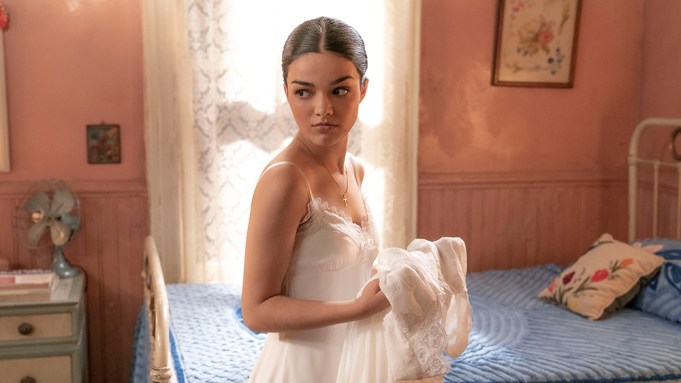 “Steven had said that he wasn’t going to make the film if he couldn’t cast it correctly.”

Thus, explains casting director Cindy Tolan, assembling the perfect ensemble was of existential importance to Spielberg’s revisited “West Side Story.” The goal was to capture all the charisma of the beloved 1961 original, while avoiding its much-criticized, inauthentic approach to ethnicity.

“I looked to my office and I said, ‘We are not going to be the reason this film does not get made.’” An early, viral social media posting kicked off an 18-month worldwide search, involving open calls and appointments from the U.S. to Puerto Rico and Australia.

All told, she claims, “we saw 30,000 humans,” and in no sense did any have to be professionals or even trained. What they had to be was “quadruple threats: They had to sing, dance and act. And the camera had to like them.”

Confident she was wrong for the role, Ariana DeBose turned down four separate Tolan entreaties before agreeing to read for sultry, empathetic Anita. David Alvarez, one of three Tony Award winners as Broadway’s “Billy Elliot” a decade ago, was MIA, lacking an agent and off the radar. “It turned out he had been backpacking in Mexico with no cellphone or anything,” Tolan laughingly recalls. An Instagram post persuaded him to audition for Bernardo.

As for winsome Maria, Tolan recalls receiving a tape within the first two weeks: “There was this cute 16-year-old singing ‘I Feel Pretty’ in Spanish.” Her reaction? “To me it’s incredible relief…. Now we can start to pivot to all the other roles.”

Keeping everyone honest, ethnically speaking, was Rita Moreno, the original movie Anita on board as both actor and executive producer. “She had a voice, and they embraced it,” Tolan says. “Who better to tell the story? She fulfilled the definition of producer.”

Such authentic voices are a key to progress, Tolan adds.

“The world is an incredibly big place, and it’s amazing when the world is represented and reflected in art…. We have a long way to go, but I know my colleagues and I are all about diversity and making change. That’s a real ethos for me.”