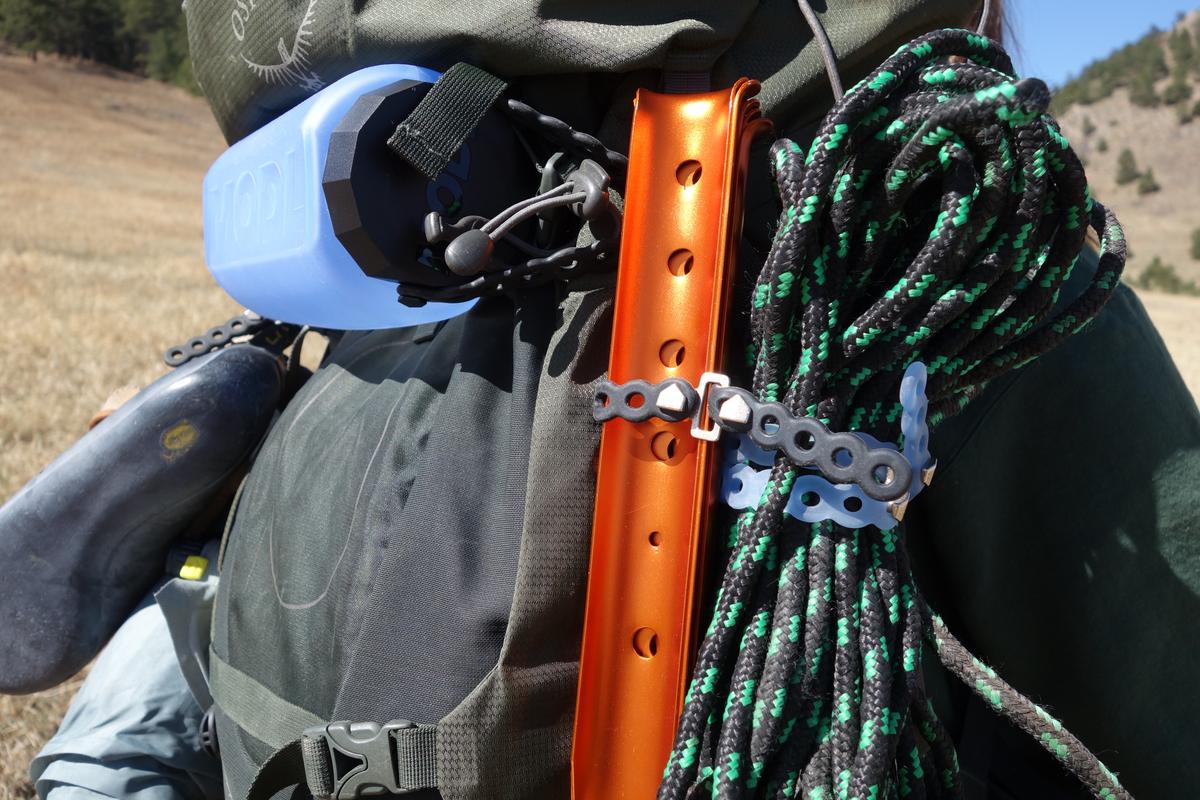 We might get accused of blasphemy for saying it, but duct tape has its limitations. There are some jobs that it just can't hack, or can kind of hack but not very well. The MODL Infinity Tool will never replace duct tape all together, but it can step in on some of those jobs that stump the world's favorite adhesive fix-all. Loaded with holes from end to end, the easy-carrying gear strap lashes, secures, repairs and braces its way to an almost infinite number of uses in the great outdoors (and around the house, too).

MODL is a different style of multitool maker. Its debut product was a modular dual-capped water bottle that works with optional add-ons to become a hydration bladder, water filter system, shower and more. The new multifunctional Infinity Tool strap found initial use as a handle for the MODL bottle, a more versatile answer to a carabiner top. MODL realized it had something with far more potential than a mere bottle handle and put together what it calls the "Studlink," which uses two pointed, house-shaped studs to create a clasp that secures two of the Infinity Tool's holes together into a loop.

The most obvious use for the stretchy Infinity Tool is hanging or strapping things, like dangling a water bottle off a backpack or strapping a sleeping pad to a bike. Those tasks are also examples of ones you could technically handle with duct tape but probably would not; a MODL strap is a much cleaner and easier solution. 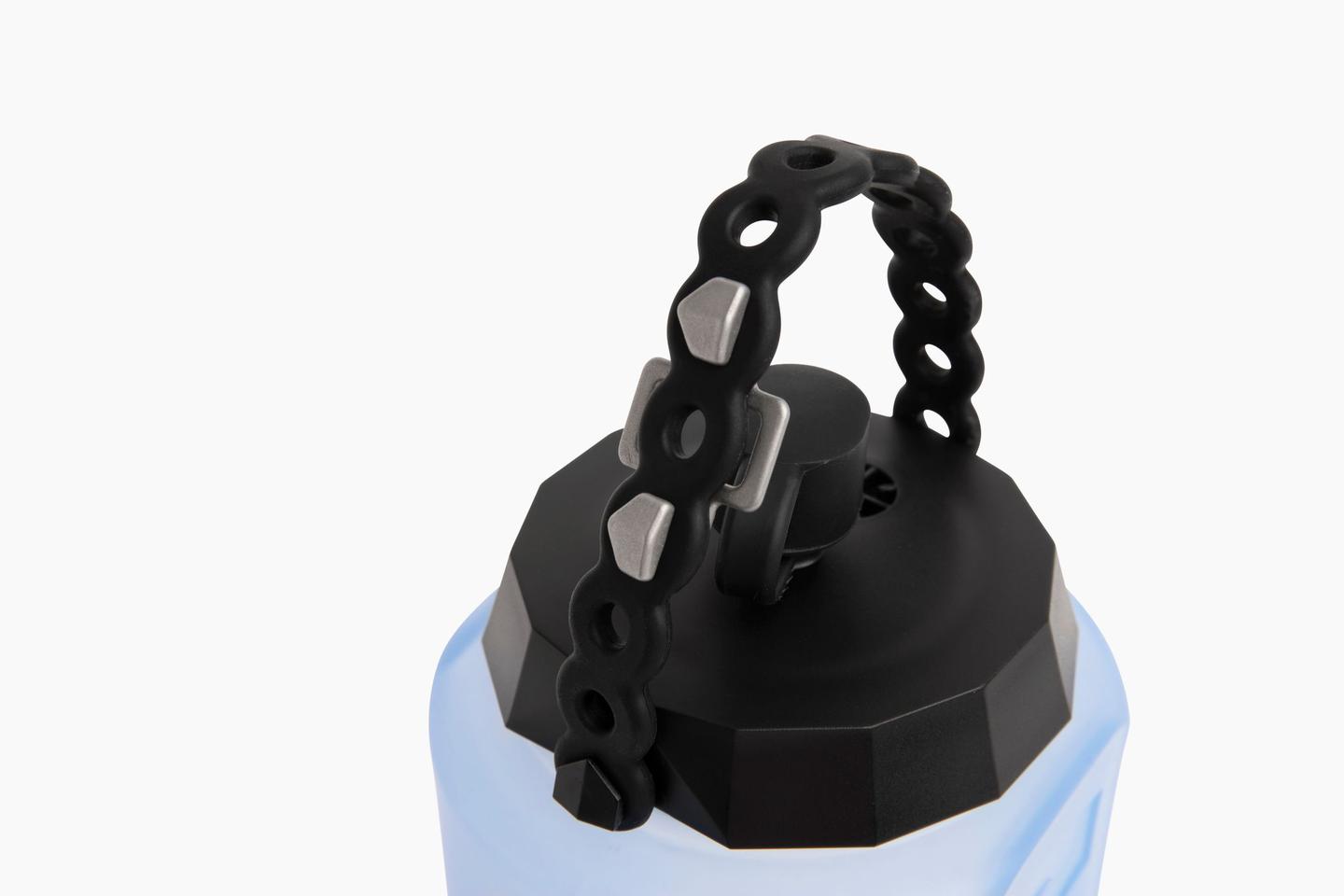 The Infinity Tool started out as a Superloop handle for MODL's bottle, and the notch on the bottle lid inspired the Studlink for the standalone multitool strap

Beyond that, the uses are as boundless as the human imagination. MODL shows the Infinity Tool replacing a backpack chest strap, wrapping tent poles together as a makeshift in-field fix, adding some give to a dog leash, replacing a lost battery compartment lid, and strapping a supply raft to the main raft. Each strap is designed to hold up to 70 lb (31.8 kg), a figure that's multiplied the more times you wrap the strap. The modular straps can also be connected to each other for tasks that require more length, and multiple clasps can be used with a single strap array. 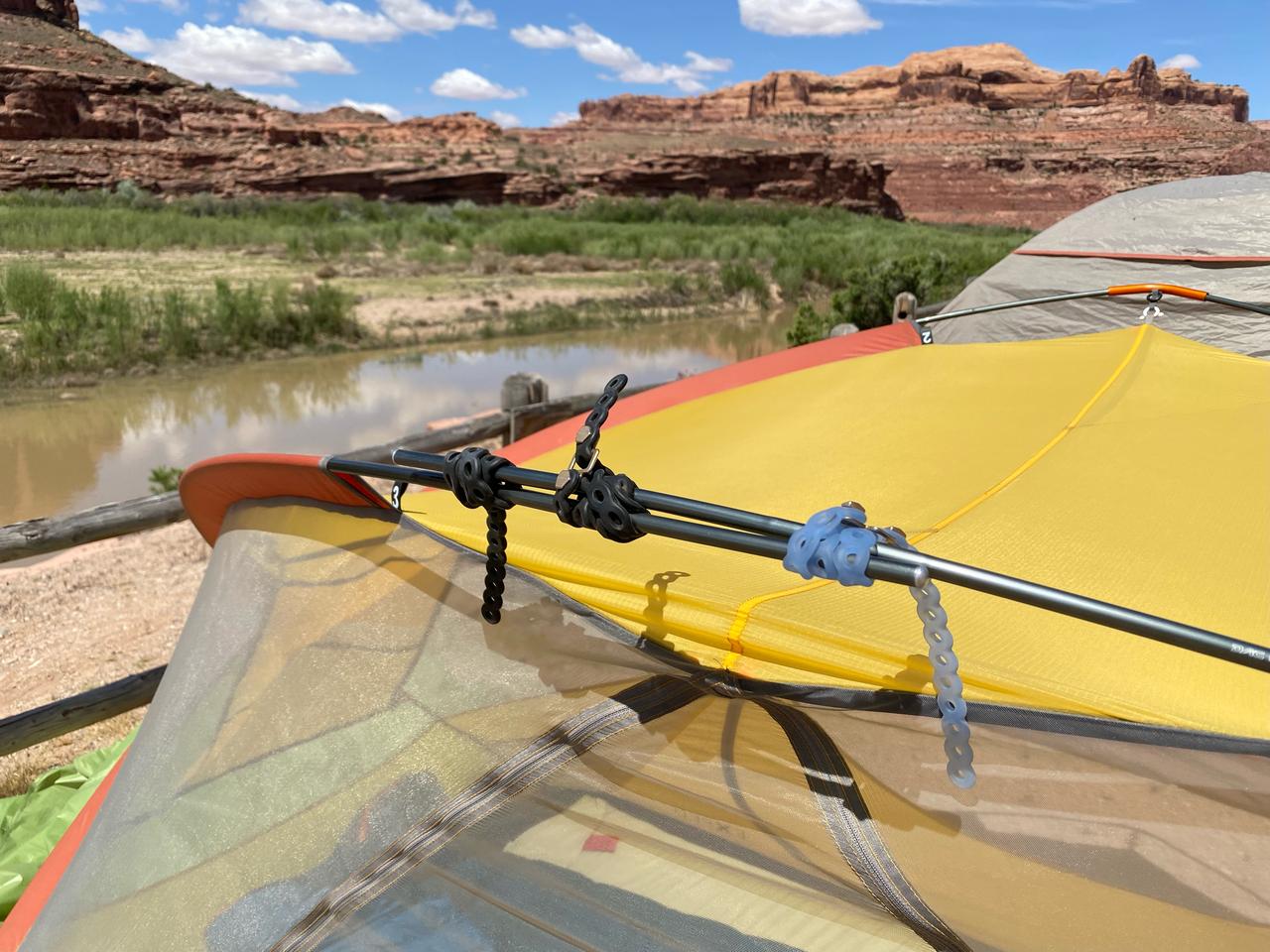 The Infinity Tool can be used to make fast, temporary fixes like bracing a broken tent pole at camp

The Infinity Tool isn't a new product category, as there's already a large market of gear straps out there for everything from ultralight jobs to heavy-duty tie-downs. MODL's take is most similar to compact straps from the likes of OneUp and Voile, something it recognizes in its advertising when pointing out the advantages of its design. Unlike those straps, the Infinity Tool mirrors its namesake with an ongoing series of infinity-loop style holes that could theoretically be extended infinitely by attaching strap after strap. This loop configuration plus the dual-studded clasp make it more versatile and adjustable than straps that have a solid, non-holed section and holes spaced at a distance secured via a single buckle closure.

When compared to the paracord or rope that could take on many of the same tasks, the Infinity Tool is quicker and easier to use with its simple stud closure. Of course, it's not going to rescue someone from a cliff, secure heavy duty loads or perform other jobs for which one might use a long rope.

MODL's straps can also be worn like a bracelet or strapped to a backpack or bag, ensuring they're readily available when needed. Beyond just straps, MODL sees the Infinity Tool as an ecosystem and mentions possible additions like hooks, attachable tools, and clasp-on fashion embellishments like lettering or artwork. 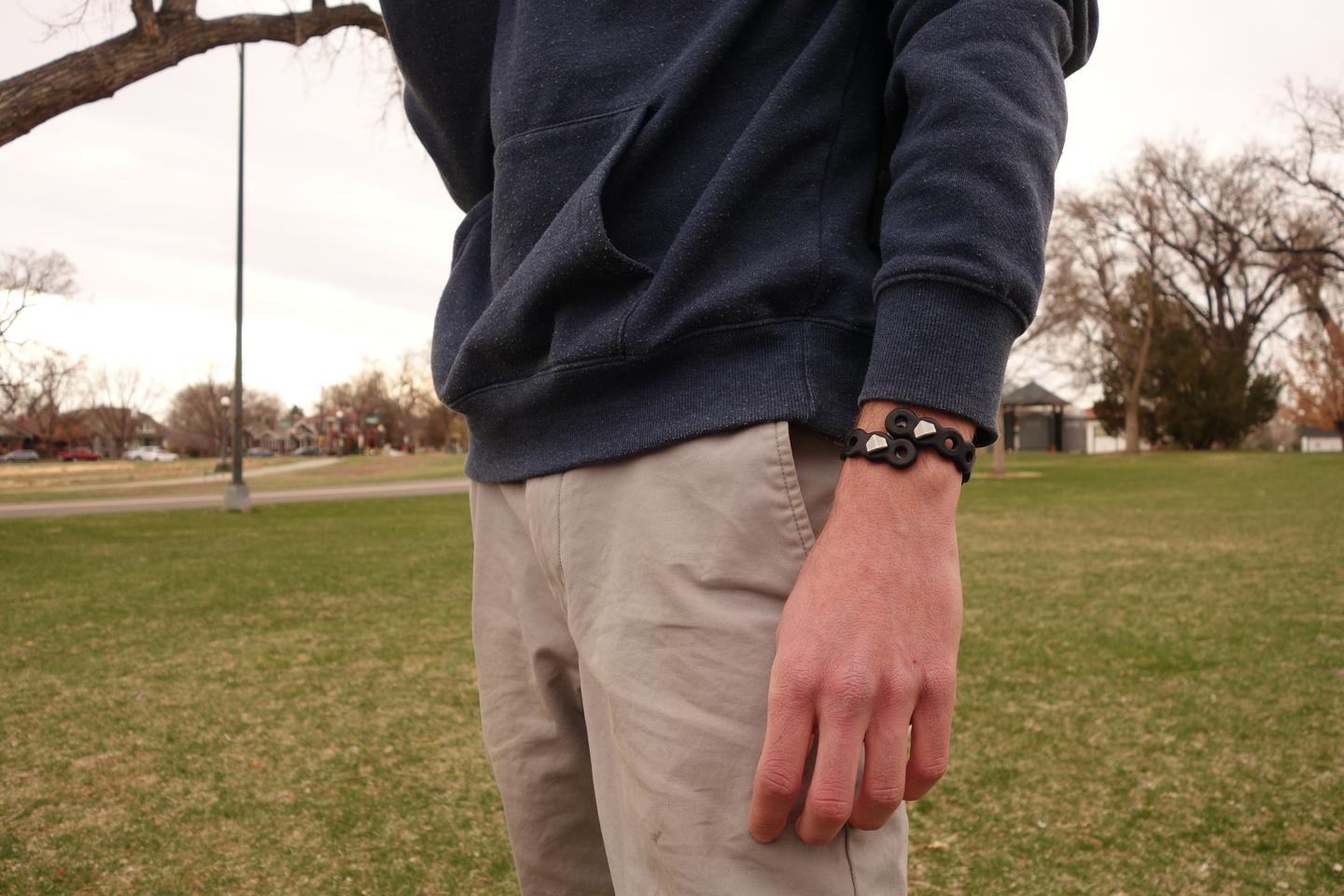 MODL's focus on activities like backpacking, packrafting and bikepacking shows that it has the ultralight outdoor expedition crowd in mind as Infinity Tool users, but the straps are also handy for simpler everyday tasks like organizing a desk or car or working as a multifunctional keychain.

MODL has developed two sizes: 8 inches (20 cm) and 16 inches (41 cm). After finalizing its Studlink design and getting the production version ready in May, it launched a Kickstarter this week to shore up funding. It has already more than quadrupled its goal in just a few days. Four-packs of long or short Infinity straps are available at pledge levels starting at US$25, and mix-and-match eight-packs at $45. Shipping, which is slated for September if all goes to plan, is available worldwide but varies in price based on country.

Learn more in the intro video.