WA will not hesitate to ban crowds from an AFL grand final in the event of a COVID scare, the state's emergency coordinator says.

But the AFL has all but ruled out allowing the game to go ahead in an empty stadium, preferring to postpone or relocate it.

AFL chief executive Gillon McLachlan confirmed yesterday Perth Stadium would host the game in the event it could not be held at the MCG.

The Victorian Government is expected to confirm early next week if the event can take place in Melbourne.

Today WA Police Commissioner Chris Dawson said if there was a local outbreak and the health advice called for, it the game itself would be cancelled or spectators banned.

Commissioner Dawson said he had proven there would be no hesitation in taking such action after he banned crowds from attending the Western Derby in May.

On that occasion many fans were already on their way to the game and were turned around or arrived to find they were locked out.

"We always base this on public health advice, the Chief Health Officer gave us advice that morning and I signed some directions within hours," he said.

"We don't want to arrive at that particular point, but we will not put a football match ahead of public safety."

But Commissioner Dawson said he was reluctant to hypothesise on whether the AFL would opt to postpone or go crowd-less.

No special treatment for those 'connected' to AFL circles

The commissioner also confirmed strict border controls would apply to those hoping to travel to Perth for the game.

"I would think that it would be limited just those that can actually get the event underway," he said.

"These things get telecast globally so we recognise that you do need high-end specialists. 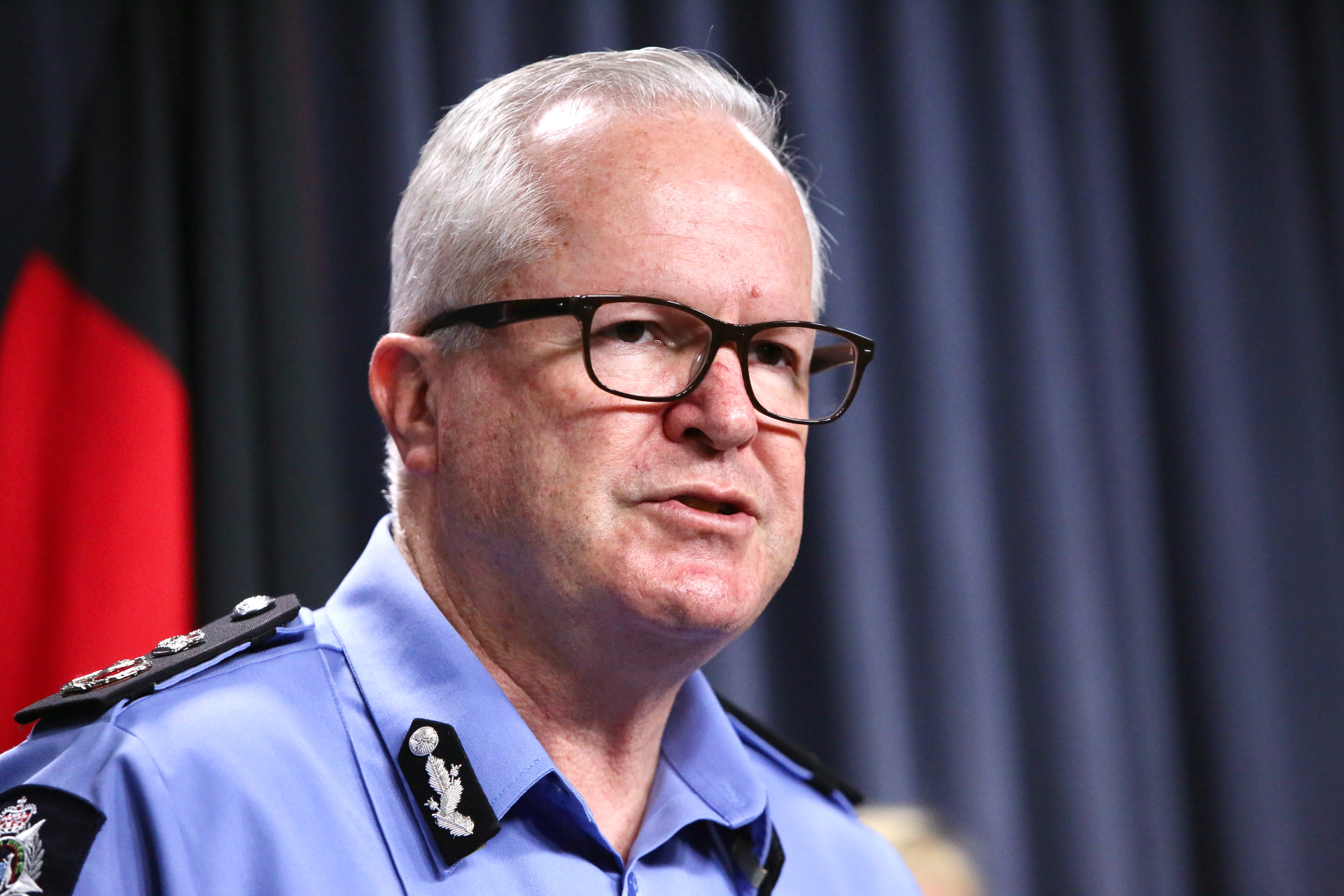 WA Police Commissioner Chris Dawson said there would be no preferential treatment given to people connected to AFL circles trying to enter the state.(

"But we are very clearly communicating — no partners and spouses and things like that just because you're connected, you must be part of the absolute essential side of it."

Commissioner Dawson, who was this week given the role of vaccine commander said he liked the idea of restricting ticket sales to those who had already received a jab.

But he said there was little chance such a measure would be introduced and legislated in time for a specific sporting event.

The WA Premier, Mark McGowan, said he felt very sad for Victoria and his first hope was they could beat their current outbreak.

"We feel for them in their time of need, but obviously the AFL is working with the Victorian Government and if Melbourne can host the Grand Final then it will," he said.

"But the chances are it may well come to Perth.

"If the Grand Final comes here, it will be COVID-safe, a great event, an historic event, and opportunity to showcase our state." 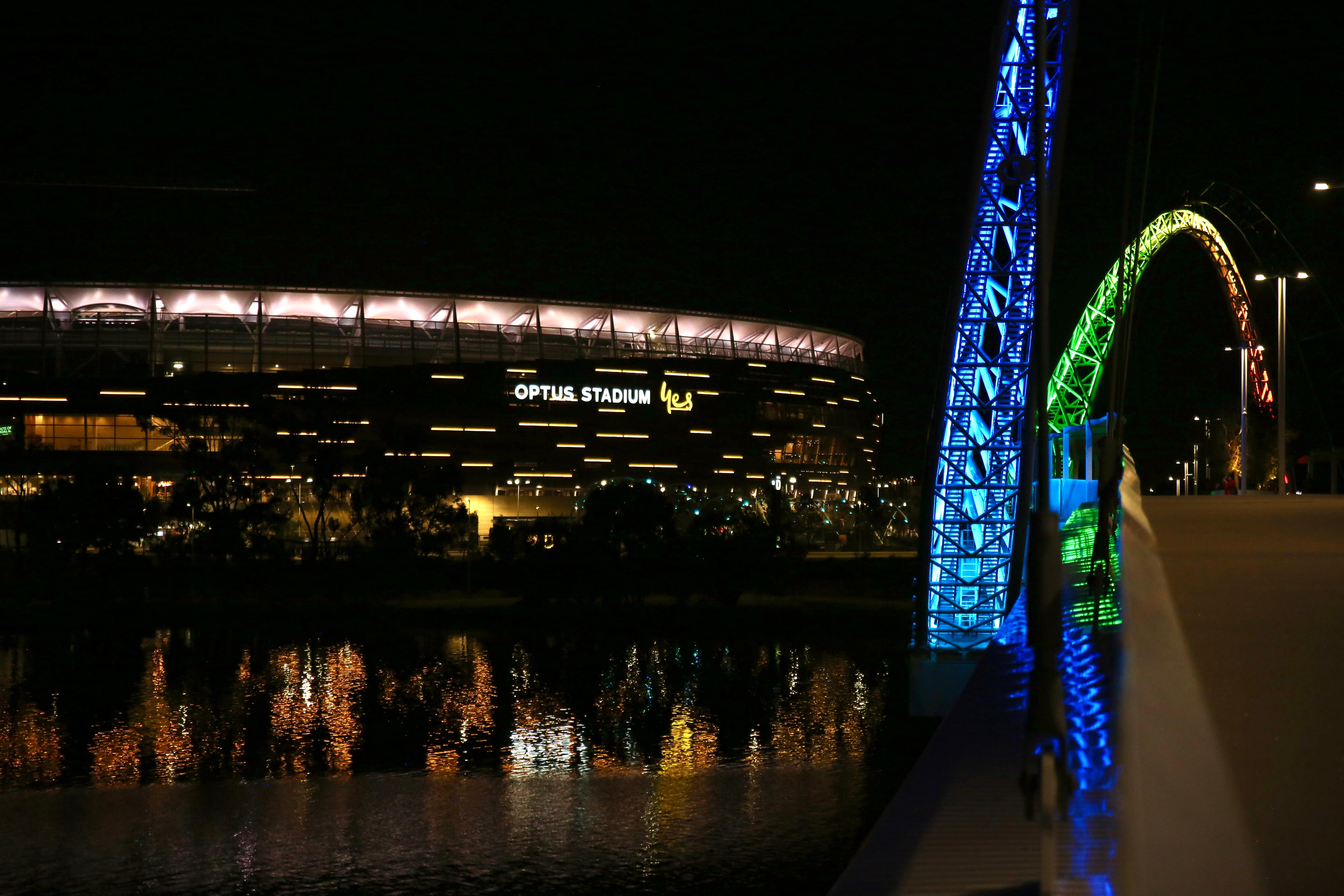 If the Grand Final were to be held in Perth it has been suggested it may be played at night.(

Mr McGowan said visitors to Perth from regional WA and from COVID-free states would bring a boon to tourism.

But he said no health risks would be taken in the process.

"We played hard to get with strong rules, strong protocols, and obviously because we have as a state done so well the AFL and Rugby Union are looking at holding events here."

Mr McGowan said the cancelled third Bledisloe Cup match may be rescheduled to take place in Perth in early September, after the All Blacks postponed it due to a New Zealand outbreak.

Perth fans on edge of seats for finals announcement

"It will be fantastic, I hope we do get it, it'd be good for the community and give them a lift – we all need one," he said. 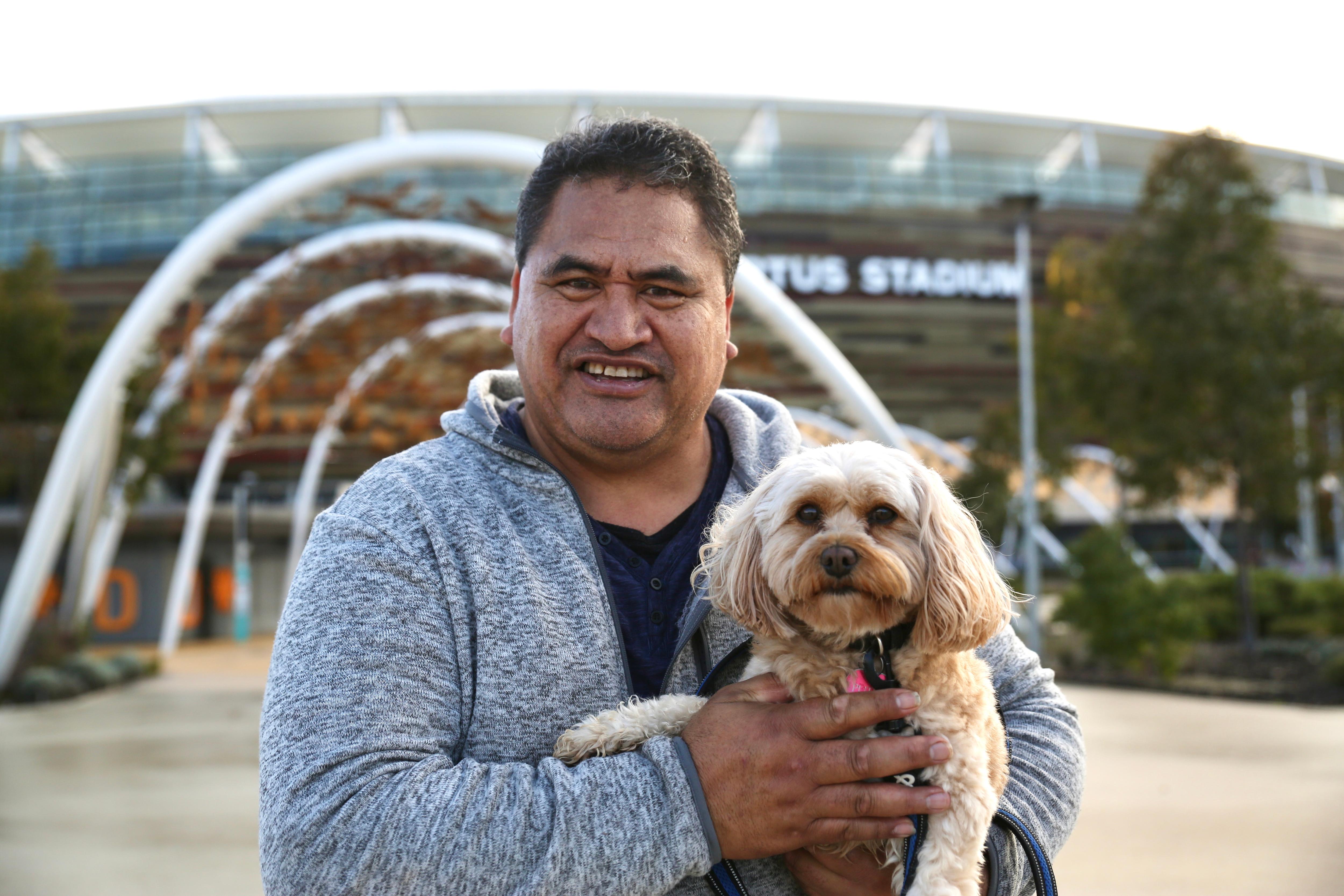 "I'd be very grateful if it did happen and the politicians can put aside their difference, I'm a football fan.

"We're all trying to get tickets, anything that goes on in this joint – everybody wants to get in, I love the stadium."

Local woman Pam Rathmann said some people would be against WA hosting the game but she was not.

"McGowan has been pretty strict, he hasn't given them any ground — I think it would be safe, if it wasn't safe I wouldn't like it," she said.

"I'd like to go because neither of my teams are there, so I've got nothing to be disappointed about."

Mr Hall said it would also provide an opportunity to showcase Perth as a sporting destination.

"Queensland has been positioning itself around Brisbane as the next sporting capital of Australia, but Perth is really going to meet the challenge," he said.

"The stadium is a without a doubt our best asset, it's a great venue, but our other best asset is the people of Perth who really love a great event.

"And they're going to turn out in droves, even if it's not their team, and that's going to be the case for any major event in Perth, so it makes us a very attractive destination for any world-class sporting event." 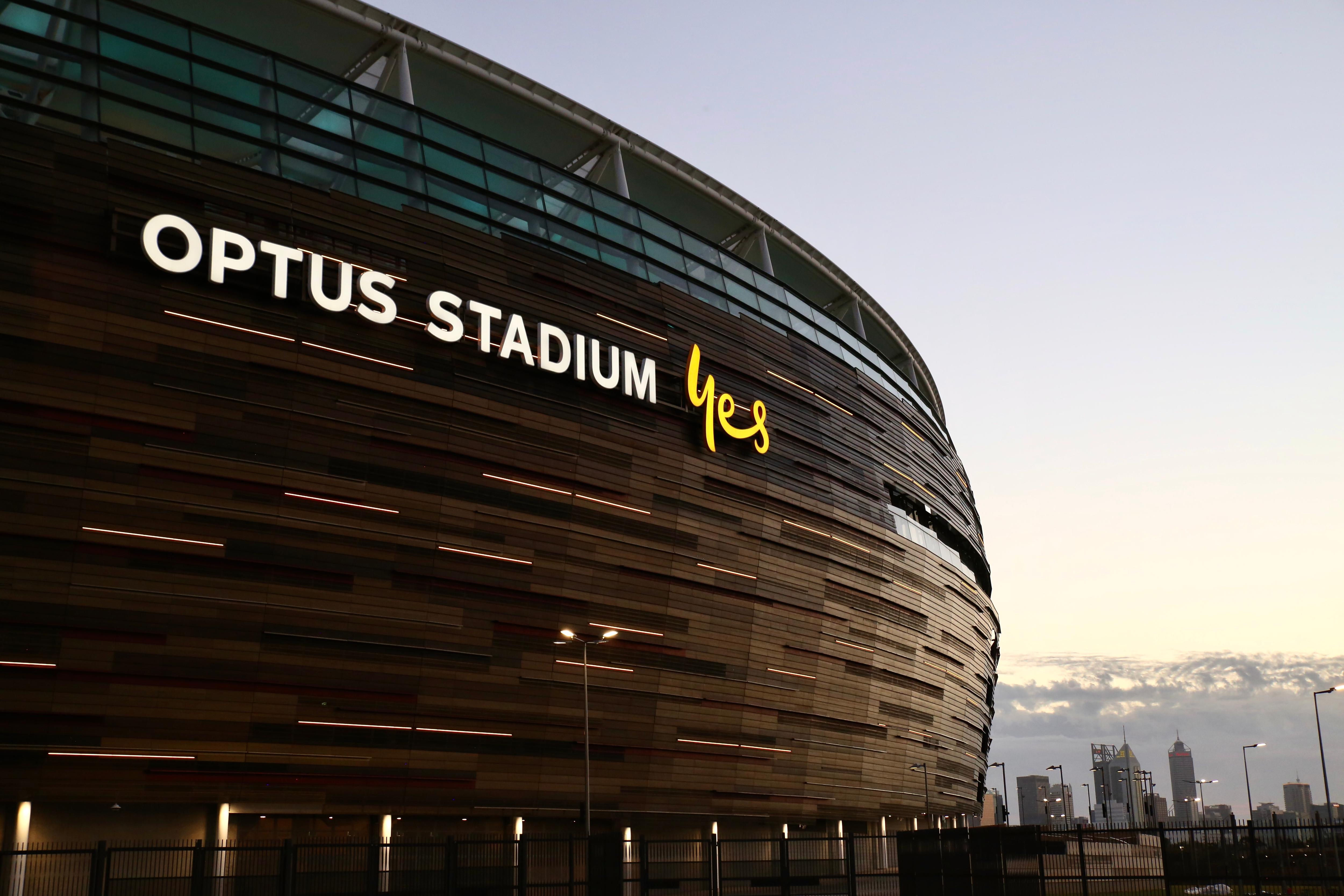 The Events Industry Association welcomed the possibility of the game being held in Perth and the related festivities that would come with it.

"The risk that we may lose events has been a real problem in terms of being able to maintain skilled events staff," he said.

"Through the first half of this pandemic, we weren't able to have any events go ahead so we lost a considerable number of people who were looking for a stable income."

"But then this year the ever-present threat of lockdowns, which have cost us a lot of events, and that has meant a lot of people have left the industry or haven't worked in it for a period of time.

"As exciting as it is, it is certainly a challenge to try and get people back for a massive one-off event."

Mr Kennedy said he would like to see more government support for the industry.