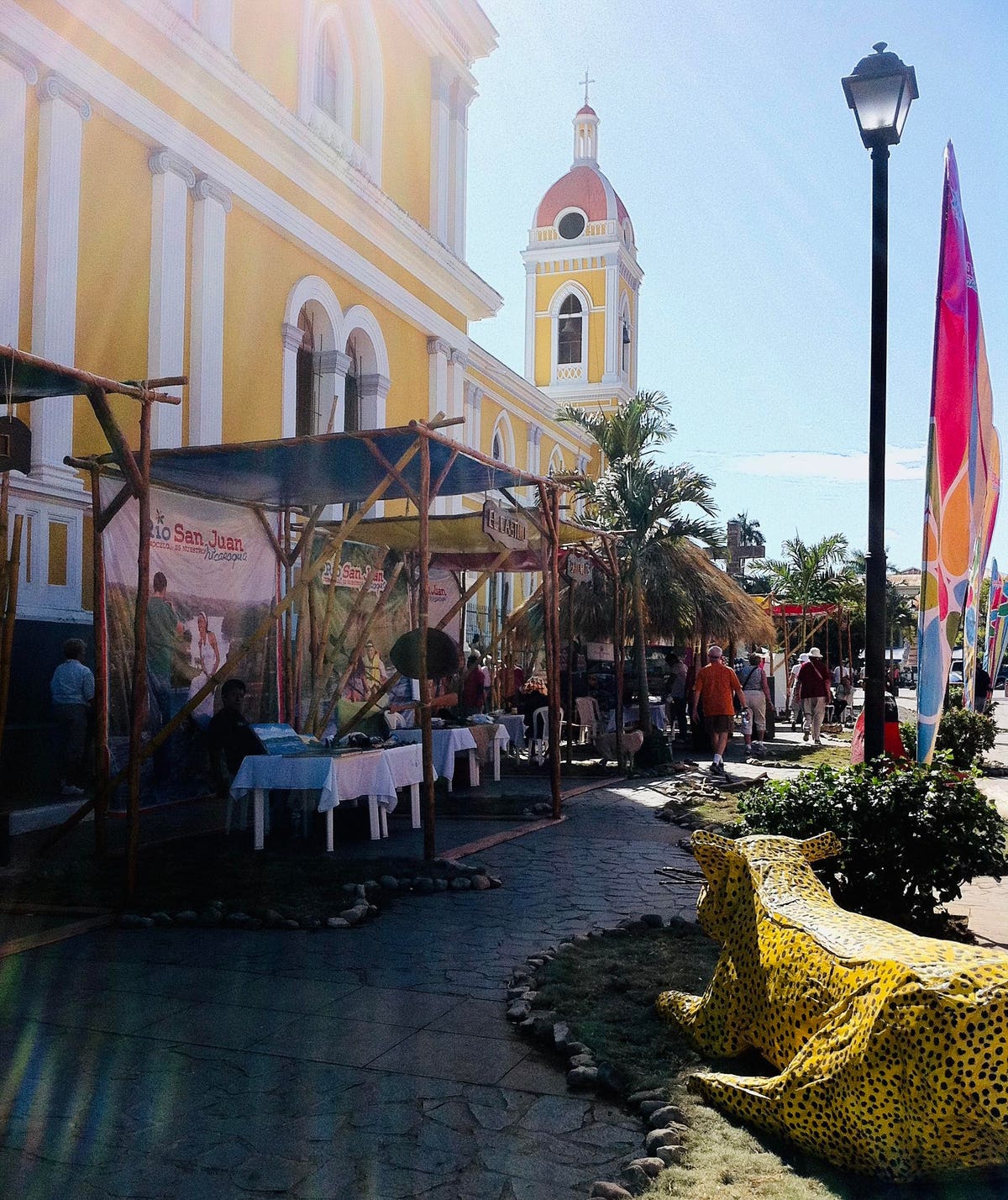 A student in Jodhpur, India. Known as the Blue City due to the vivid houses around the Mehrangarh ... [+] Fort.

(This article is adapted from an interview on Episode 23 of the weekly travel podcast, Places I Remember with Lea Lane . Follow wherever you get podcasts.)

The company runs programs in over 100 countries for more than half a million students in over 5,000 schools and universities.

“There’s a pent-up demand for travel,” says Gogel. “Nothing beats being outside. Our students are excited to be a part of the first-wave going back out into the real world.”

"It's all about learnable moments,” he continues, and describes his own early travels as a summer exchange student in Nicaragua, which influenced his life choices.

“I didn’t know a word of Spanish and I probably didn’t know where Nicaragua was.” But, he adds, he learned Spanish and “learned how to be independent. All of my professional jobs since have been international. Early travel changed the way I saw the world.”

When traveling with family , Bob Gogel suggests young people get actively involved in the planning, keep a diary of photos and learnable moments, work toward making it a family experience —not just fun — and not over-plan the schedule.

Some of Gogel’s favorite destinations for student travel include places that are different from home, such as India or China. But also D.C., Gettysburg, Boston, Williamsburg, national parks. Even theme parks can provide learning experiences.

Washington DC is an excellent destination for early experiential learning.

Exchange programs can be in family settings or independent living situations. “There’s nothing like it. You create lifetime experiences,” he says. Before embarking on the exchange, parents should know that their children will be accessible and safe, what will they be doing, and if their special needs can be met.

Traveling on a budget? Backpacking is popular. “It’s part of the learning experience. My strong recommendation is to not go alone.”

Gap Years are increasingly becoming part of the growing-up experience, and gaining independence. Young people are doing a variety of activities, from volunteering to learning languages to traveling. Communication is key between parents and their children throughout this time.

Studying abroad is another popular option for young travelers.”In my junior year abroad we spent three days at an archeological site digging four steps,”says Gogel. It stuck in my memory and I eventually moved to France.”

Student Sabrina Lane also uses her travel opportunities for learning. Traveling to Paris on a trip (with me) when she was 10 years old, she became aware of how people and places can be both different and the same. Her interest in travel was piqued.

Sabrina on her first trip to Paris (she got her nails polished at a French salon!).

Sabrina sees the positive in family trips of all kinds, even a rain-drenched muddy experience off-the-grid in Costa Rica. “Nothing was working,” she recalls. “But we did get to ride on horses in the middle of the rainforest.”

Living with a volunteer group in Peru one summer, Sabrina helped villagers, and traveled to the ruins in Machu Picchu. “I really enjoyed the service part in Lima. We went to a really poor place and bonded with local kids there. And I realized they were just like you and me.”

She learned further about about life’s realities during an unexpected, seemingly dangerous incident traveling in the Golan Heights of Israel on another family trip. “I started crying. I just felt so bad for everyone. I came on that trip worrying about my grades, and realized how lucky I was in the bigger context. And it made me want to do something about it.”

With love of travel and helping others already established, Sabrina will be spending her high-school senior year in Bosnia, one of the 18 campuses of United World College, set on four continents, and delivering a challenging education to over 10,500 students each year.

“There will be about 90 different nations represented with about 200 kids total on my campus. I wanted to seek out people who had such different lives than me, but are similar in so many ways.”

“It’s a transformation,” says Gogel. “Those moments of experiential learning will stay in the memory of a person forever. You can see the impact it has.”