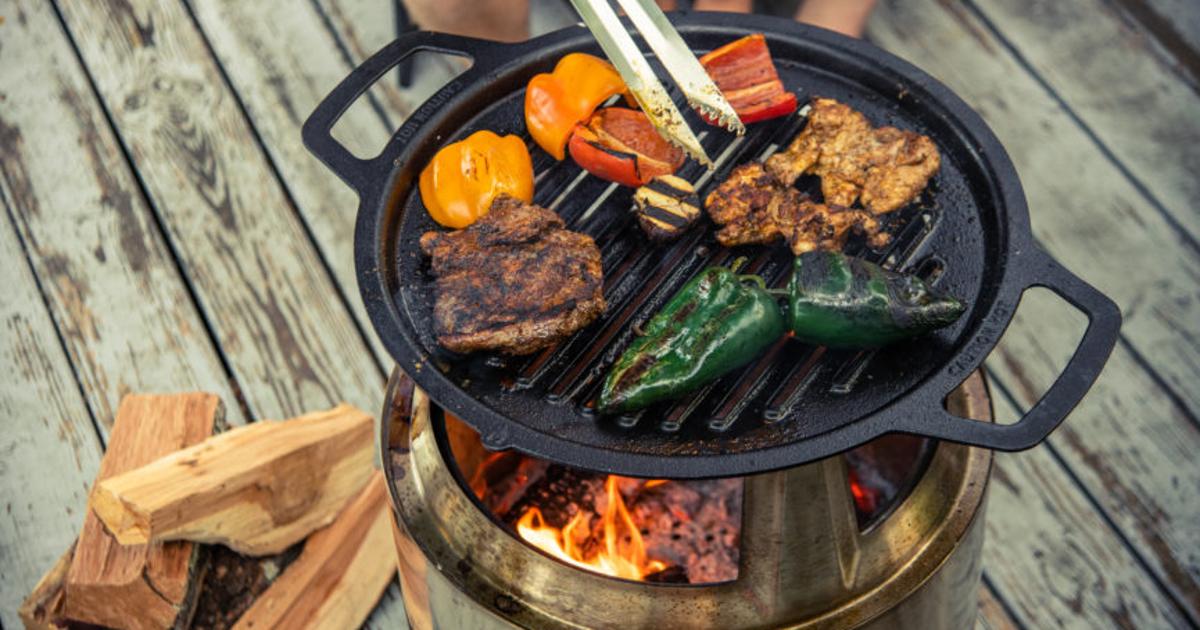 Since starting out with small backpacking stoves way back in 2011, Texan outfit Solo Stove has continued to build out its catalog of fire pits and grills to go with them. The company has now introduced a new cast-iron grilling system designed to fit snugly over these fire pits to turn them into camp-style cooking stations, while using a clever air flow system to keep smoke to a minimum.

Solo Stoves' fire pits were introduced in 2018 and feature a unique ventilation system designed to minimize smoke for those seated around them. Air is drawn in through a ring of vents at the bottom, with some of that directed into the chamber to feed the fire, while the rest is directed through thin voids in the walls, warmed up and then pushed out across the top of the fire. This creates a type of "secondary burn" that kills off small wood particles that would otherwise become smoke. 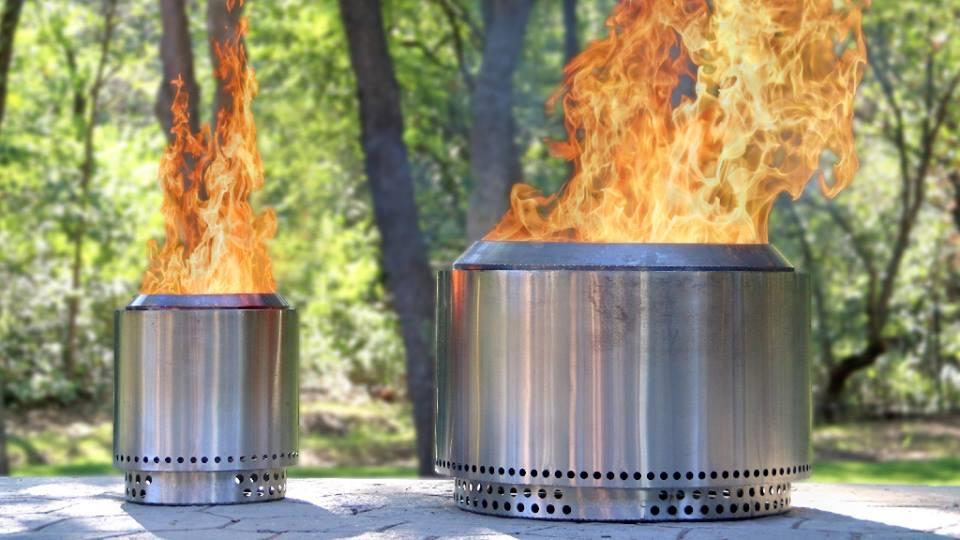 Alongside the Yukon, Solo Stove also offers a smaller fire pit called the Ranger, seen on the left

The fire pits are available in three different sizes, and the newly launched Fire Pit Cooking system is available to fit all three. It consists of a cast-iron grill featuring a non-stick, pre-seasoned surface with wide grates for the passage of woody flavor. This rests inside a hub component, that then interlocks with Solo Stove's fire pits, offering a cooking height of six to eight inches (15 to 20 cm) over the flames.

“As our most requested accessory, we are thrilled to offer our community this new system for our fire pits,” says John Merris, CEO of Solo Stove. “It’s been difficult to gather with friends and family over the past year, and our hope is to bring people back together to seamlessly experience a good meal and a wood-burning fire.” 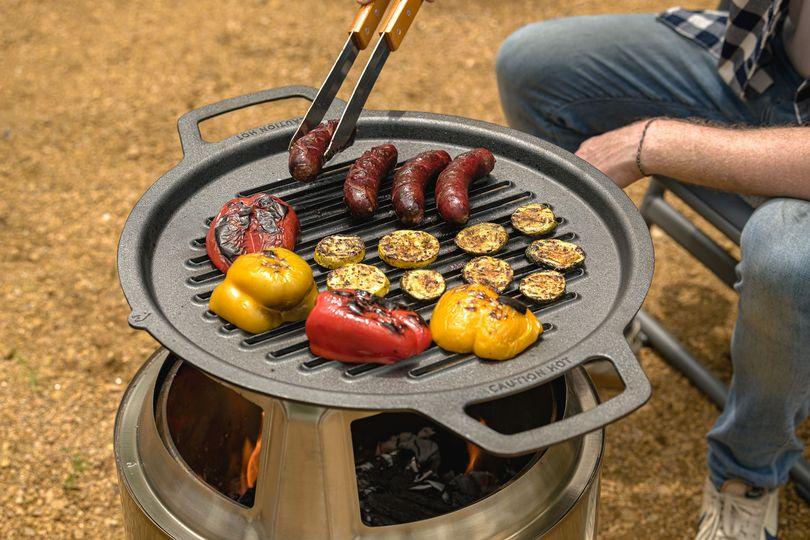 These grilling attachments are available for pre-order now, with pricing starting at US$130 for the smaller Ranger fire pit attachment, up to $230 for the attachment suited to the larger Yukon fire pit. Shipping is slated to kick off next month.

“Solo Stove started as camp stoves, and we’re excited to expand upon what it means to cook outside,” continued Merris. “The addition of the Fire Pit Cooking System offers a new cooking experience that craves company. Simply fire up the grill pan for sizzling snacks, and when you’re ready to retire from cooking, you can sit back and relax by the fire.”