Sarawak targets RM3.2bil from tourism in 2022

KUALA LUMPUR: KUALA LUMPUR: Sarawak is projecting earnings of RM3.2bil through a tourism target of 1.2 million visitors into the state this year following the reopening of borders and easing of restrictions.

Sarawak Minister of Tourism, Arts, Culture, Youth and Sports Datuk Abdul Karim Rahman Hamzah said based on the 229,678 visitor arrivals from January to March, they are confident that the state will reach its target.

Abdul Karim said this includes 219,115 domestic and 10,563 foreign arrivals in the state within the same period.

"The indication from the last three months is great for tourism recovery. In 2019, we had 4.66 million visitors. This was an

all-time high for Sarawak and the state had hoped to reach five million in 2020, but due to the pandemic, it did not happen," he added.

"In terms of tourism receipts for January to March, a total of RM517mil had been recorded, and this is a growth of 569.25% compared with the same period last year. So based on all these numbers, we are really looking forward to 2022," said Abdul Karim.

"I believe with the kind of events and preparations that have been made, things will be better this year" he said at a press conference after launching the Malaysian Association of Tour and Travel Agents (Matta) Fair 2022 on Saturday (April 9). 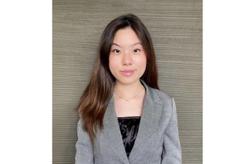 Sarawak is the featured destination at the Matta Fair 2022 which is currently being held at the World Trade Centre (WTC) in Kuala Lumpur from April 9-10.

The state has also taken the three largest booths with a total of 21. There are 348 booths spread over two halls at the WTC.

Meanwhile, Matta president Datuk Tan Kok Liang said they are expecting between 18,000 and 20,000 tournouts to the fair this year.

He added that they are also hoping to generate sales of RM40mil to RM45mil.

"We are quite optimistic, initially we predicted a lower number of sales but with recent announcements and new standard operating procedures, we believe there will be a good turnout," he said.