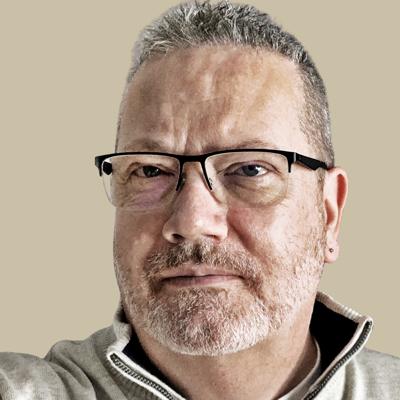 With all the mobile gadgets we’re all carrying these days, there’s no argument that a portable power bank is a worthwhile investment. Especially one that strikes a nice balance between size and capability — you don’t want to be lugging a car battery-sized power station around, but at the same time the days of just being able to top up a smartphone are over. You also want something that could keep a tablet or laptop going if the power goes out or you’re stuck in the airport and can't get to an outlet. Excitrus has a new entry that fits those specs and adds some features to help it stand out from the pack, including magnetic wireless charging and a unique green cloth covering.

Here’s what you need to know about the Excitrus 100W wireless power bank with magnetic charging.

High battery capacity and power output in a compact package

This power bank isn’t one of those tiny versions you can easily slip in a pocket. But it’s also far more capable. It packs a 20,800mAh battery and put out a maximum of 100W of power through a USB-C port. That means it can charge a USB-C laptop like an M1 MacBook Air, and it has the capacity to fully charge that laptop multiple times.

The iPhone 13 has a 3,227mAhbattery, so you could charge it around six times.

You can also charge multiple devices simultaneously using the various output ports, so long as the total draw stays at under 100W. In testing, I used the Excitrus to charge an iPhone 13 Pro Max, an iPad Air and a Google Pixelbook.

This power bank can fully charge an iPad multiple times.

As mentioned, this power bank isn’t one of those tiny numbers you can slip in a pocket. However, it’s still small enough to carry in a purse or backpack, or to keep tucked away in a drawer in the event of a power outage.

It’s worth mentioning that in addition to the USB ports, this Excitrus power bank is also equipped with a Qi wireless charge pad. Most modern smartphones can be charged simply by setting them on top. There’s a white “+” marker to show the Qi pad’s location, but if you own an iPhone with MagSafe, you won’t need that. It’s not officially a MagSafe accessory, but the magnets do guide your iPhone to the ideal charge location and help to hold it there.

While this Excitrus power bank has technical reasons for standing out, the company decided that it should also stand out visually. So instead of the usual, boring black plastic, the power bank is wrapped in an attractive green fabric. It seems durable, and it definitely looks nicer than most. Edges are also curved instead of being square.

No more guessing about how much battery capacity is remaining.

In addition, this power bank has a digital display that shows you the percentage of battery capacity remaining — a nice upgrade compared to the more typical three or four LED method.

The top has a Qi wireless charge pad with magnets.

Everyone should have a portable power bank these days. You just never know when power might go out for hours or even a few days. And when travelling, you can’t always count on having access to an electrical outlet to charge your mobile devices.

While a power station with an AC outlet gives you the ability to plug in appliances like fans, they are also far from being truly portable and they’re not cheap. The Excitrus 100W wireless power bank is a nice option for those who want to ensure they always have power to charge their smartphones, tablets or even USB-C laptops for a few days. At $99.99 it’s affordable, and with its soft green cloth wrapping and rounded edges, it’s a lot nicer to carry around than the usual black plastic slabs

Disclosure: Excitrus provided a power bank for evaluation purposes but had no input into this review.