Over 2 million Iranians may visit Turkey this year: Association 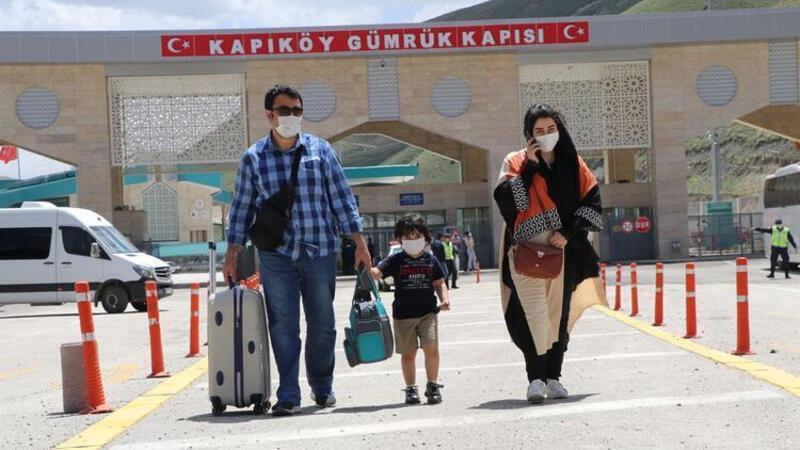 Promising indicators coming from the neighboring country in the first month of this year suggest that Turkey may host more than 2 million Iranian tourists in 2022, the Hotel Association of Turkey (TÜROB) has said.

Turkey was a popular destination among Iranian travelers before the COVID-19 pandemic broke out. In 2017 alone, as many as 2.5 million tourists from Iran visited the country.

The improvement in the pandemic outlook appears to have rekindled Iranian tourists’ interest in Turkey, the association said, adding the number of Iranian visitors may even exceed 2.5 million people in 2023.

TÜROB has accelerated efforts to promote Turkey as a holiday destination, and as part of these efforts, it organized a workshop, considered to be the largest tourism event in Iran in the post-pandemic period, in Tehran with the cooperation of the leading travel agency Sea Travel.

Hoteliers from Turkey’s tourism hotspots, such as Istanbul, İzmir, Kuşadası and Bodrum, as well as Iranians’ favorite destinations Van, Bursa and Sapanca, and representatives from more than 400 Iranian travel agencies attended the workshop.

In a report penned after the event, TÜROB presented its projections and assessments on the Iranian market.

In the report, the association said that Iran will become an important market for Turkey and that it expected Iranians to flock to the country in March, during the Nevruz holiday.

Occupancy rates at hotels in Istanbul and the eastern province of Van are likely to increase next month as more Iranians travel to Turkey, said Müberra Eresin, the chair of TÜROB.

“We are expecting some 250,000 to 300,000 Iranians to visit Turkey in March alone. There is strong interest from Iranian holidaymakers in Istanbul and Van. İzmir, Antalya, Bursa, Kuşadası and Bodrum will also be among their favorite destinations this year,” Eresin said.

In the absence of any adverse development which may affect the tourism industry, the number of Iranians visiting Turkey has been predicted to increase significantly this year, she added.

Iranians mainly visit Turkey for shopping, business and holiday purposes, and their per capita spending is more than $1,000, according to Eresin.

The report, however, noted that the Turkish and Iranian banking systems are not fully compatible which discourages some Iranians from traveling to Turkey.

Since credit cards are not used in Iran, Iranian tourists have to carry a considerable amount of cash with them when they travel and this also limits their expenditure, the report added, proposing the introduction of debit cards which Iranians could obtain in their country and use them in Turkey.

Turkey welcomed around 1.2 million Iranians in 2012, and the number of visitors from the neighboring country increased in the following years to reach a record 2.5 million people in 2017. However, in 2020, when the COVID-19 pandemic hit the world, only 385,000 Iranians vacationed in Turkey. But, the number of people arriving from Iran climbed to 1.15 million last year.