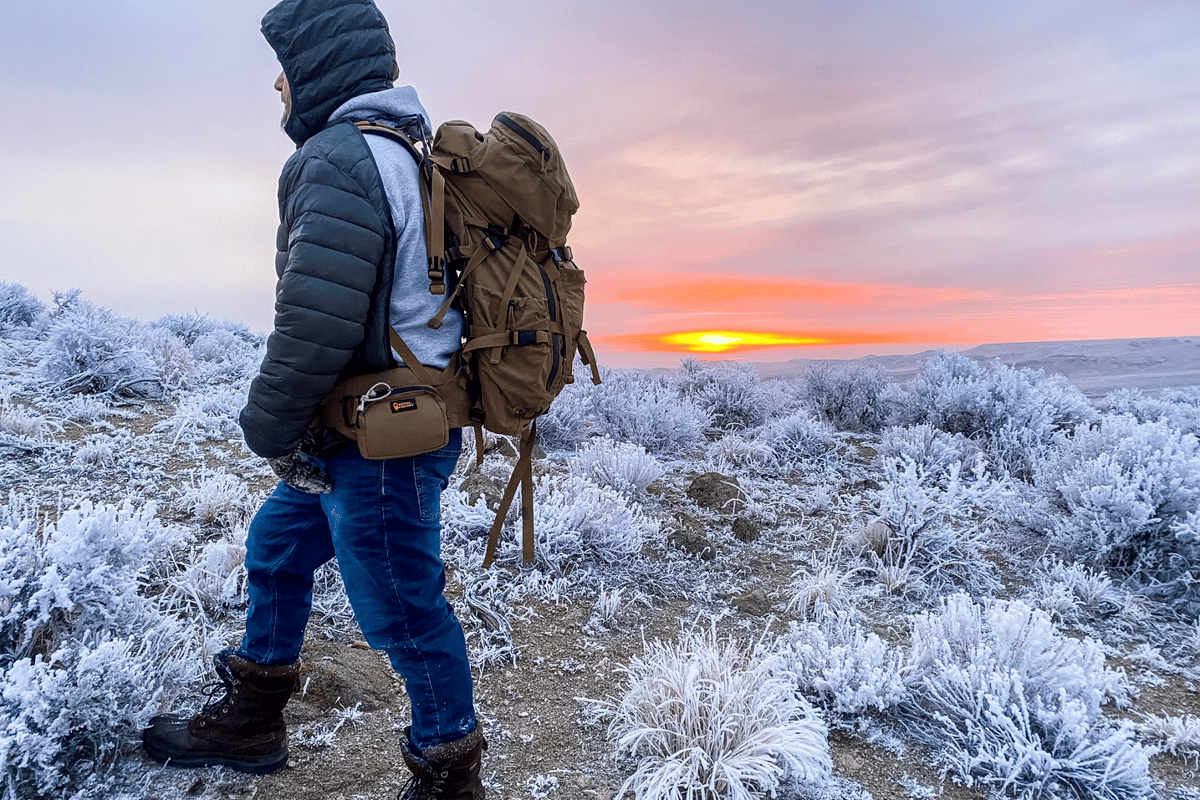 Not to be confused with the brilliantly multifunctional JakPak, the all-new Pak-Jak is a totally different breed of insulator. Designed specifically for backpacking and other activities that often involve shedding layers only to quickly re-add them upon getting the chills, the Pak-Jak includes a removable back panel that lets its wearer shed heat immediately while remaining insulated around the core, where it counts. Wear it with the swappable mesh panel or go au naturel.

Idaho-based startup Pak-Jak looks to help backpackers and similar backcountry athletes better regulate body temperature without constantly having to strip down and re-dress. Its jacket looks and works like a standard PrimaLoft Gold-insulated puffy in its base form, but thanks to a removable back panel, it turns into something of an adventure-grade full-sleeved apron.

After shedding the back, snap-secured Pak-Jak shoulder and lower straps hold the jacket in place around the backpack straps, providing full-frontal coverage with a fully open back that better regulates overall temperature by letting cool air flow. Should that air become too cool, the back panel zips right back in place. 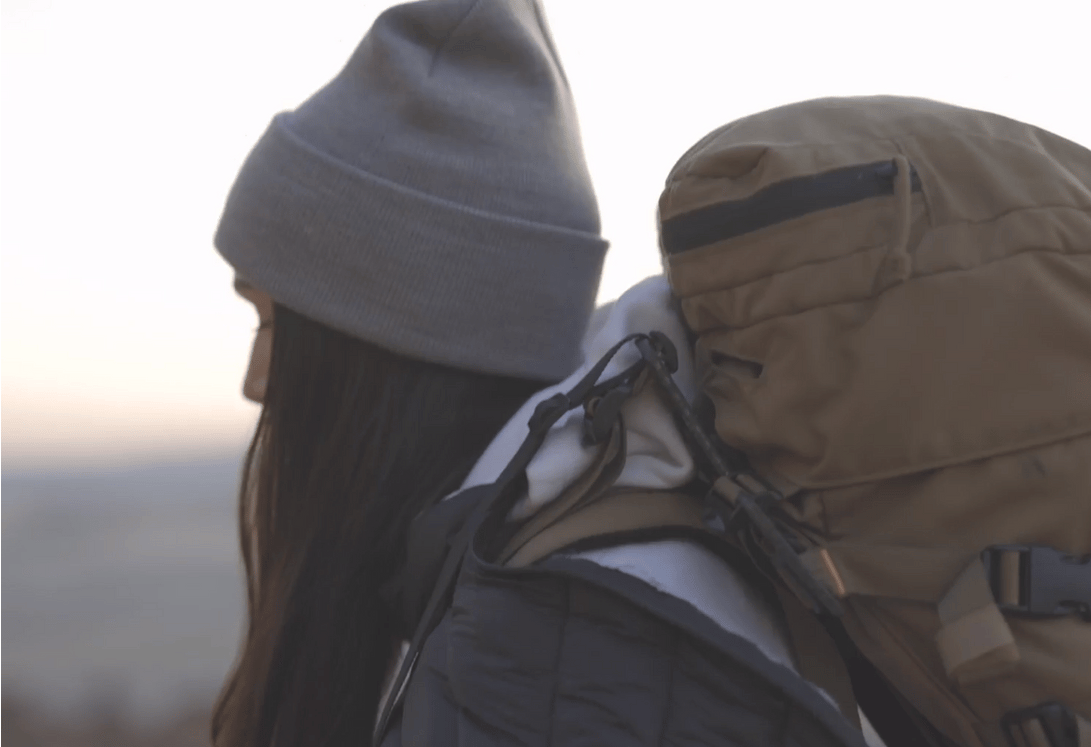 With a little less insulation on the back, cool air circulates and helps keep one cooler and dryer

Other companies attempt to accomplish similar hybrid performance by way of features like breathable-fabric constructions punctuating the insulated baffles or side and back venting, but Pak-Jak really goes the full monty in letting wearers strip half the jacket clean off.

Recognizing that some might find the half-jacket configuration a little too unfamiliar, it also offers a mesh back panel that closes the body of the jacket while still offering the same kind of ventilation benefits. Bonus – if you spin that baby around, it's like backwoods lingerie. 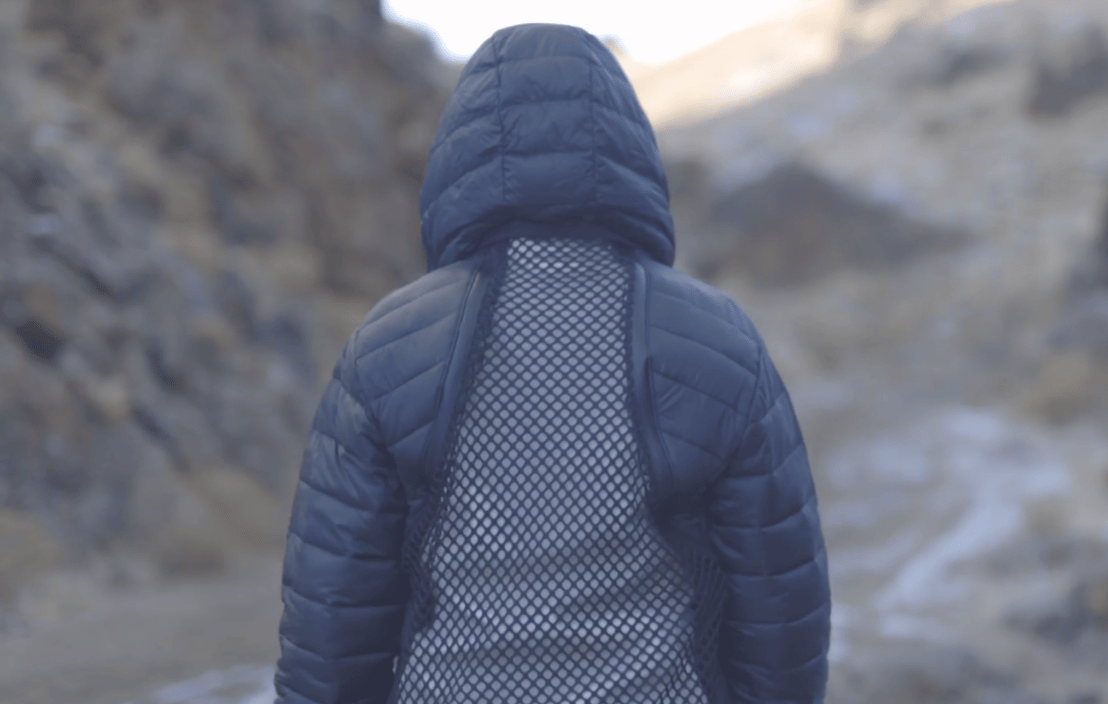 The mesh back panel comes with each Pak-Jak, adding a more jacket-like form for those that find the half-jacket too unconventional

Beyond its unique half-and-half design, the Pak-Jak has the standard suite of features. It packs down into its own pocket for light, small carry and includes a detachable hood and a series of two front and two interior pockets. It weighs just under a pound in full-puffy form (15.7 oz/445 g for those counting every gram) and drops to 11.8 oz (335 g) with the back panel off. The mesh panel actually increases weight slightly to 16.4 oz (465 g). The hood weighs 2.1 oz (60 g).

The Pak-Jak retails for US$279 (or $499 for two), which includes the jacket with removable back panel and hood, the interchangeable mesh panel, the backpack-attachment straps and a carry bag. After shipping its first pre-orders out last year, the company is hosting its official launch this month and plans to send out its next round of deliveries in February.