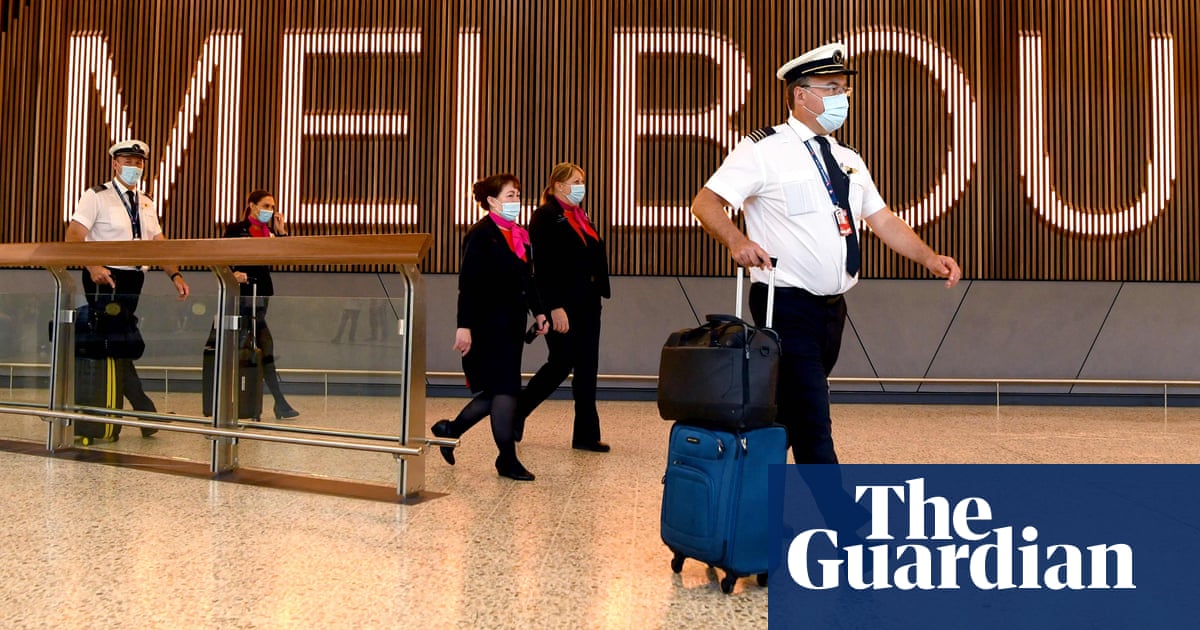 Show caption More than 100 flights have been cancelled between Sydney and Melbourne on Christmas Eve due to Covid testing and isolation requirements for airline staff. Photograph: William West/AFP/Getty Images
Sydney

Thousands of Australians have had their domestic flights cancelled in the hours leading up to Christmas, as frontline staff were ordered to test and isolate amid a rise in Covid cases.

There were 117 domestic services cancelled on Friday between Sydney and Melbourne.

A Sydney Airport spokesperson told Guardian Australia that 80 of the 500 domestic services scheduled to arrive and depart Sydney on Friday had been cancelled.

Many flights cancelled on Friday are Jetstar services, with the airline unable to staff all of its planned services because employees were sidelined due to Covid testing and isolation requirements.

“Unfortunately like many people in Sydney and Melbourne, a large number of our frontline team members are being required to test and isolate as close contacts, given the increasing number of cases in the general community. As a result we have had to make some late adjustments to our schedule,” a Jetstar spokesperson said.

The spokesperson said the airline had rebooked “the vast majority” of displaced passengers “within a few hours of their original departure time so they can get to their destination in time for Christmas”.

“We appreciate the frustration these schedule changes cause and sincerely apologise for the impact to customers’ travel plans,” she said.

While Jetstar was forced to make last-minute cancellations, both Qantas and Virgin Australia informed passengers earlier this week that their flights scheduled for Friday had been cancelled.

It is understood that most of Qantas’s cancellations had been made to consolidate services due to lower-than-expected demand during the Christmas period, and that the airline is not suffering from staff shortages.

A Virgin Australia spokesperson said there had been only one unplanned flight cancellation announced on Friday, with passengers booked on other cancelled services for Friday informed earlier this week and most moved on to other flights within an hour of their original booking.

Meanwhile, the requirement for tourists to show a negative PCR test within 72 hours of entry to states including Queensland and Tasmania is contributing to growing queues at Covid-19 testing clinics and long delays for results across the country.

Late on Thursday, the Queensland premier, Annastacia Palaszczuk, said no final decision has been reached on substituting PCR tests for rapid tests on border crossings, despite the New South Wales premier, Dominic Perrottet, saying she had already agreed to such a measure to help his state address the burden of “tourism testing”.

Demand for fast-turnaround PCR tests offered by private pathology providers for a fee has spiked in recent days, with some tourists unable to wait days for results before travelling.

Histopath, a company that offers PCR test results within 90 minutes for a $79 fee, has been forced to limit customers at its clinics inside Sydney, Melbourne and Brisbane airports to only international tourists travelling that day.