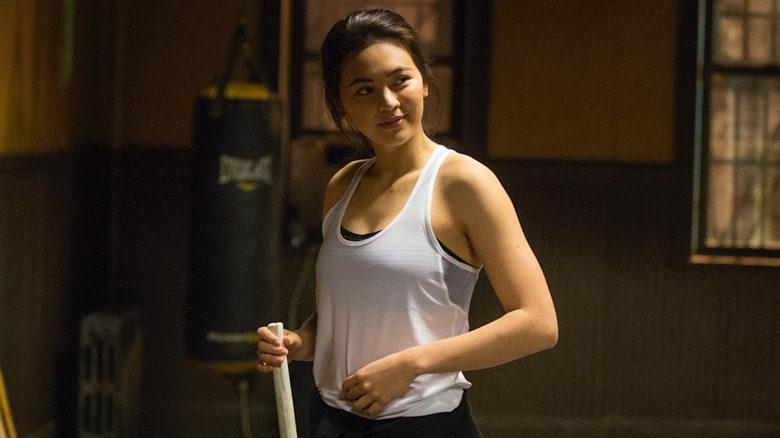 Jessica Henwick dabbled in Dornish whip-fighting on "Game of Thrones," mastered the art of sword-fighting for Marvel's "Iron Fist," and survived a trip through "The Matrix Resurrections," but now she faces her toughest challenge yet — backpacking through Australia! It may not sound as flashy as her kickass action moments in prior roles, but if it gets Henwick back onscreen, who can complain? Variety reports that the actress has joined the cast of "The Royal Hotel," an upcoming social thriller from "The Assistant" director Kitty Green that follows two friends backpacking in Australia. Furthermore, she'll be joined by "The Matrix" franchise veteran Hugo Weaving.

This marks yet another exciting role for Henwick. Though she may be best known for her roles in "Game of Thrones" and the Marvel TV universe, Henwick has been very in-demand, racking up roles left and right. Last year, she starred as Bugs in "The Matrix Resurrections," after turning down a return to the MCU to work with Lana Wachowski. She dove even deeper into the realm of sci-fi as the lead of "Blade Runner: Black Lotus," starring as the mysterious female replicant Elle. Coming up, Henwick will soon be seen in two Netflix thrillers, "The Gray Man" and "Knives Out 2," both slated to arrive later this year.

What we know about The Royal Hotel 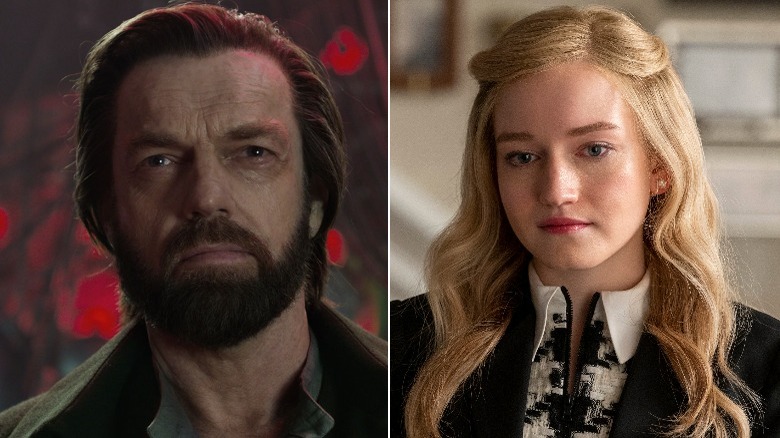 Weaving and Henwick will star alongside the previously announced Julia Garner, who is reuniting with Kitty Green after leading "The Assistant." The film is said to follow Hannah (Garner) and her best friend Liv (Henwick) as they go backpacking in Australia. Variety describes the rest of the story:

"After running out of money the women take a live-in job in The Royal Hotel, a bar located in a remote mining town in the Australian outback. Billy, the bar's owner (Weaving) doesn't hesitate to introduce the women to Australia's hard-core drinking culture along with some of the locals. But when their behavior crosses the line, Hannah and Liv find themselves trapped in an unnerving situation that grows rapidly out of their control."

Judging by the ominous synopsis, this would probably be a great time for Henwick to break out her sword-fighting expertise but it seems like "The Royal Hotel" will be veering in a much more psychological direction.

"The Royal Hotel" was written by Green and Oscar Redding and comes from See-Saw Films, the studio behind Jane Campion's award-winning, "The Power of the Dog." No release date has been announced but production is set to begin this summer.