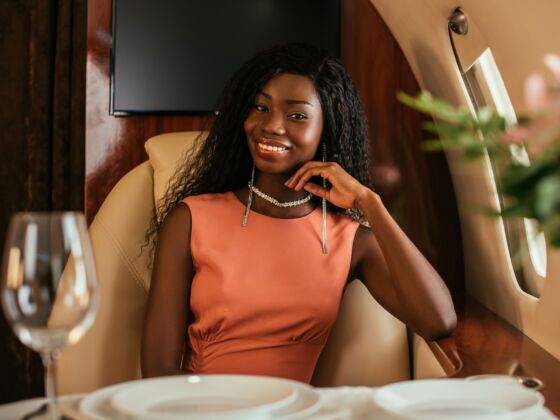 How to charter a private plane

What do you do if you have a big group of people and you all need to travel to the same place at exactly the same time, on a route that doesn’t exist commercially? Private jets only carry up to a maximum of 19 people, and your journey’s far too long to hire a bus. There’s one secret option that caters to this exact problem: Chartering a commercial airplane, from major US airlines Delta, Southwest, United or American Airlines.

We couldn’t get exact figures for each airline, as they refused our interview requests. According to Greg Raiff, aviation expert and CEO of Private Jet Services, there’s a reason for this.

That said, there are plenty of groups of people interested in plane chartering from a major airline: sports teams, bands on tour, corporate groups, school groups, and destination wedding guests, to name a few.

“People chartering aircraft are mostly utilizing air transportation to get their people to work,” says Raiff.

“When Paul McCartney travels, it’s not just Paul. It’s an entourage of 30-50 people. National political campaigns use them, and corporate shuttles. Say you have two locations — Cork, Ireland and Billund, Denmark — and there’s no way to get there directly. It becomes economical for large corporations to utilize the airlines on an on-demand basis, to connect routes they otherwise couldn’t get. Even if the flights are more expensive that way, you save on accommodation and expenses by not wasting a whole day of the work week getting your staff there and back.”

As a rule, seats on chartered flights are indeed many times more expensive than commercial airfares. “As a very rough rule of thumb, it might be $100 per passenger per flight hour,” says Raiff. You can expect a total cost of over $35,000, which can easily increase depending on add-ons (like catering) and whether the aircraft needs to be shuttled from a different origin airport to pick you up.

Once aboard, what’s it like on a chartered airplane? If you charter from the airline directly, the plane will be just the same as normal — except that the crew are dedicated to looking after you and your buddies alone. You’ll also likely benefit from priority security screening and other perks to make the journey smoother.

However, charter flights can be complicated to organize — so most bosses or tour managers go through a broker, like Raiff at Private Jet Services. Companies like these also have access to reconfigurated aircraft, like Boeing 737s that have been kitted out with first-class seats for everyone on board.

“Ultimately, a consultant who is known in the industry, has purchasing power and a long-standing history of working with the airlines can save you money,” Raiff says. “When you’re looking at moving a large group, the last thing you would want is to have something go wrong that could’ve been avoided by hiring a broker.”

Advice noted. Still interested in plane chartering? Here’s what to expect from the US’ major airlines.

How to charter a plane with Southwest Airlines?

If you have a group that’s big enough to fill an entire aircraft — that’s between 143 and 175 passengers — you can charter a commercial Southwest Airlines plane between hundreds of US destinations, on your own timeframe.

One-way charter prices, including all taxes, start at $40,000 on Southwest Airlines for a short-haul journey between US destinations (for example, from a city in the Northeast to Florida). Coast to coast journeys, one way, start at $70,000 – $80,000.

On board, you get to benefit from the usual in-flight WiFi, live TV, and on-demand entertainment — plus complimentary peanuts, pretzels, and non-alcoholic drinks. A bar, cold sandwiches, and salads are available for an extra catering cost.

How to charter a plane with American Airlines?

This US airline has the world’s largest fleet, and you can charter its aircraft if you have the funds and can plan far enough in advance.

Any of American Airlines’ commercial fleet is available to be chartered, usually at any time, and they don’t offer private or corporate jets.

Typically, you should request your charter at least four to eight months in advance of your planned travels. Any closer to the deadline than that and there will be limited availability, for a higher cost.

Unsurprisingly, the website notes that pricing comes at a premium compared to flying commercial. It recommends Group and Meeting Travel options as a more budget-friendly alternative.

How to charter a plane with Delta Air Lines?

Delta has been offering a private charter service for more than 60 years, and prides itself on its customer service. Charter a commercial plane with this airline and you’ll get a dedicated charter sales representative and planner, personal onboard coordinator, and flight attendants.

All chartered flights include in-flight entertainment and catering, too — and you can choose a menu that suits your entourage.

Judging by Southwest Airlines’ prices, it’s clearly not going to be cheap. You can go for Delta Group Sales as a more cost-effective option than chartering.

How to charter a plane with United Airlines

Opt for United Airlines if you need to get somewhere remote, on your own schedule, while enjoying an ultra-personalised service and in-flight entertainment. 1,200 United aircraft are available for charter, from 50-seaters to large airplanes with 374 seats. The destinations you can fly to are unlimited, as it doesn’t have to be a United Airlines base.

You also get to customize the experience with remote check-in, private security screening, and personally designed in-flight catering.

As with the other airlines, groups and meetings packages are recommended for large groups that might not need a whole plane, where you can get discounts on available fares on scheduled flights, plus priority check-in, and your own group coordinator.

If you do want to charter a United Airlines plane, the airline asks that you put in the request six to eight months in advance of your travel plans.

Once you’ve requested a charter, it’ll take about a week to get back an all-inclusive quote dependent on dates requested, origin and destination, aircraft size, and customization options (like catering).