In gusts of howling wind and rain, it took his boat and established gardens — but Cyclone Debbie did not touch Dean Springbett's free spirit.

Five years on from the disaster that rocked Queensland, the 85-year-old said it was enough to make him want to up and leave on an adventure.

"It comes in a big roar, big gusts, blows like mad," he said.

"The water just turned to vapour and blew away like it was snowing." 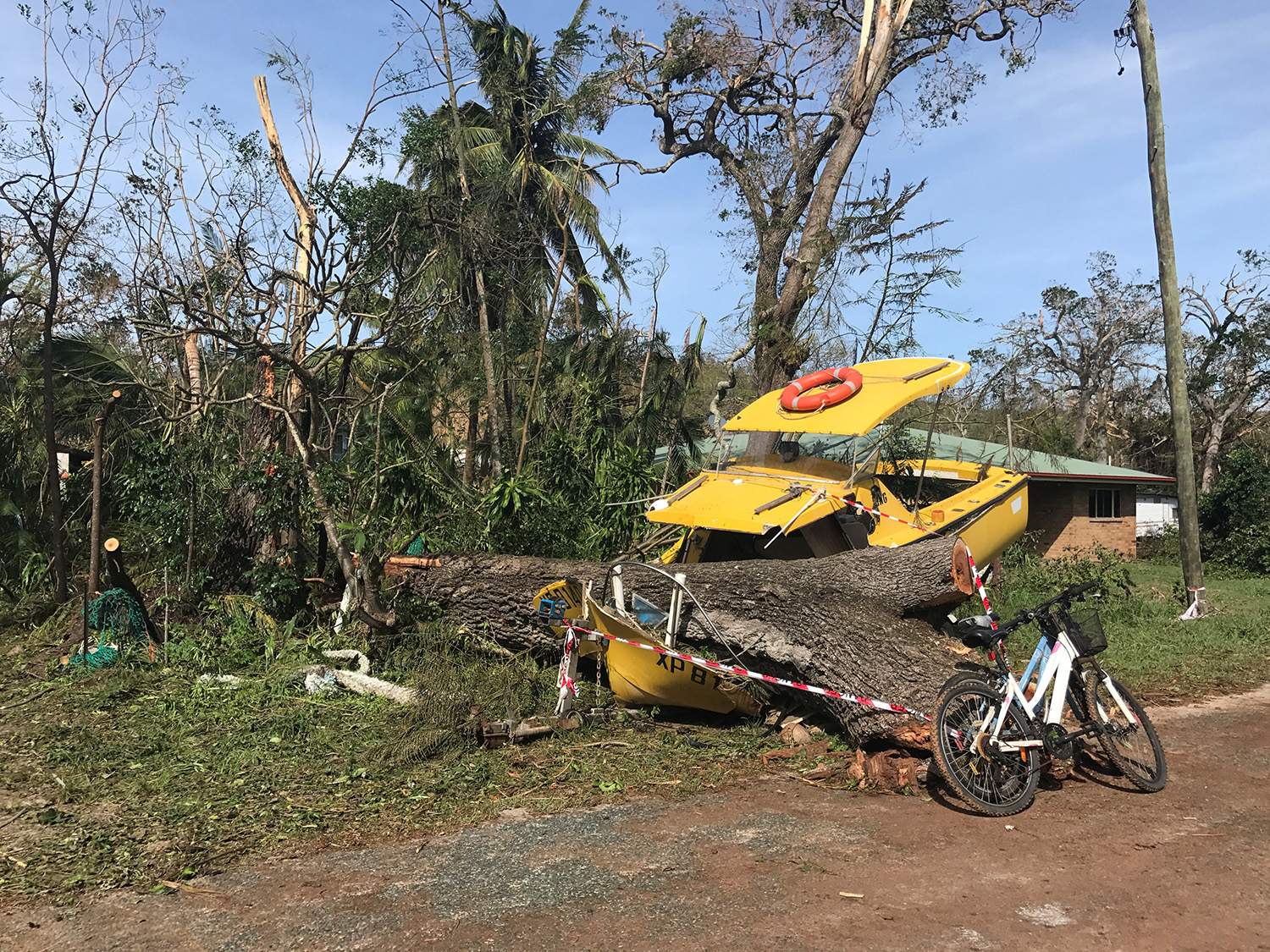 Some people may wear their heart on their sleeves, but it's clear Deano — as he likes to be called — wears his on the walls, trees, nooks and crannies of his small beachside oasis.

His Dingo Beach home is lined with his artwork, street signs and mementos from adventures, and print-outs of photos.

Why should they be locked up in albums? That's the way Deano sees it. 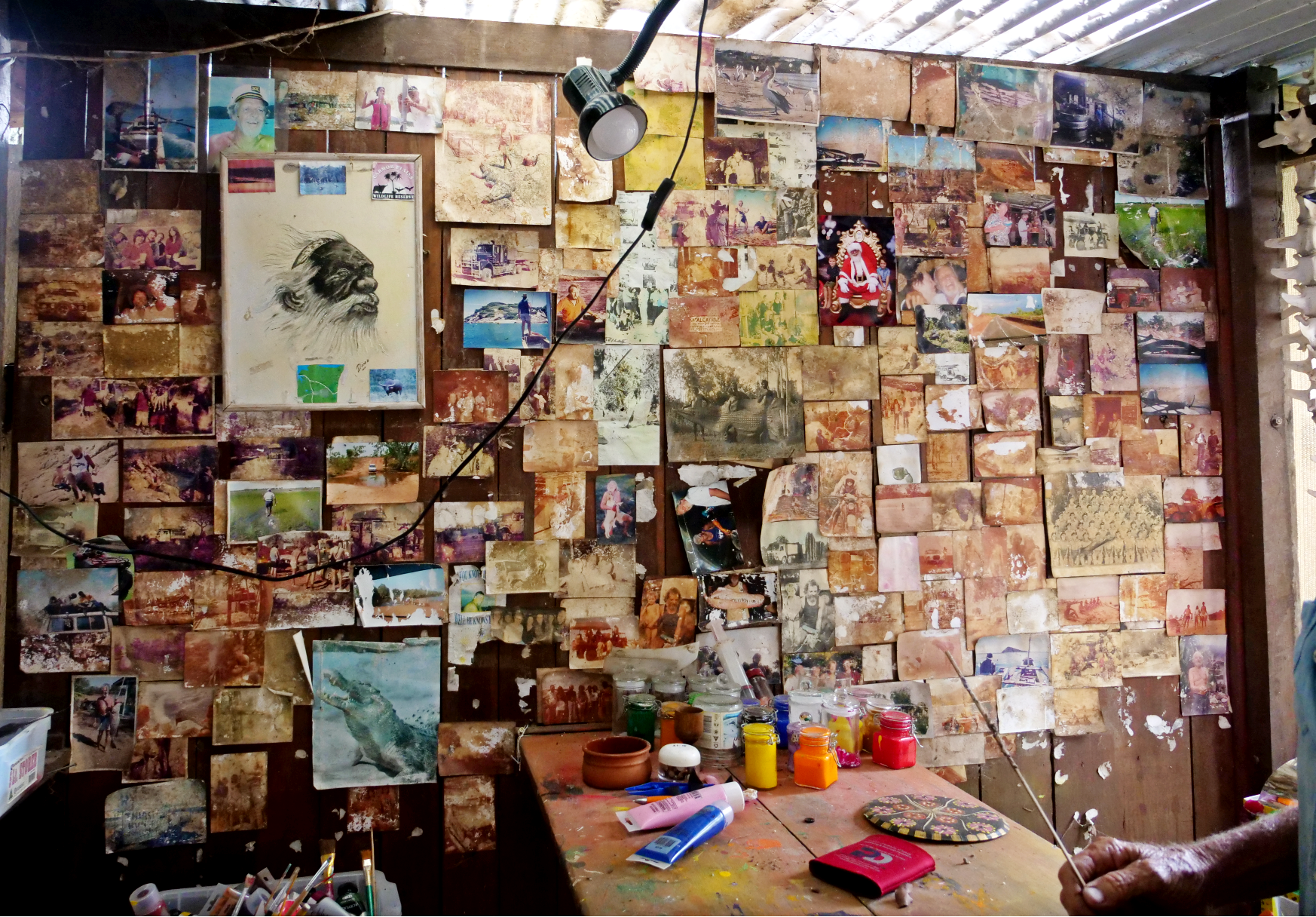 With Cyclone Debbie leaving his property in shambles in 2017, the thought of starting over at age 80 might have been enough to break a person.

But Deano had other plans.

"Everything was just devastated, it was just sticks," he said.

"I laughed and said, 'It even blew my heart tablets away.'"

"Palm trees I'd grown snapped down, the tree out the front which was the biggest on the beach fell down, crushed my boat.

"I just wanted to leave. 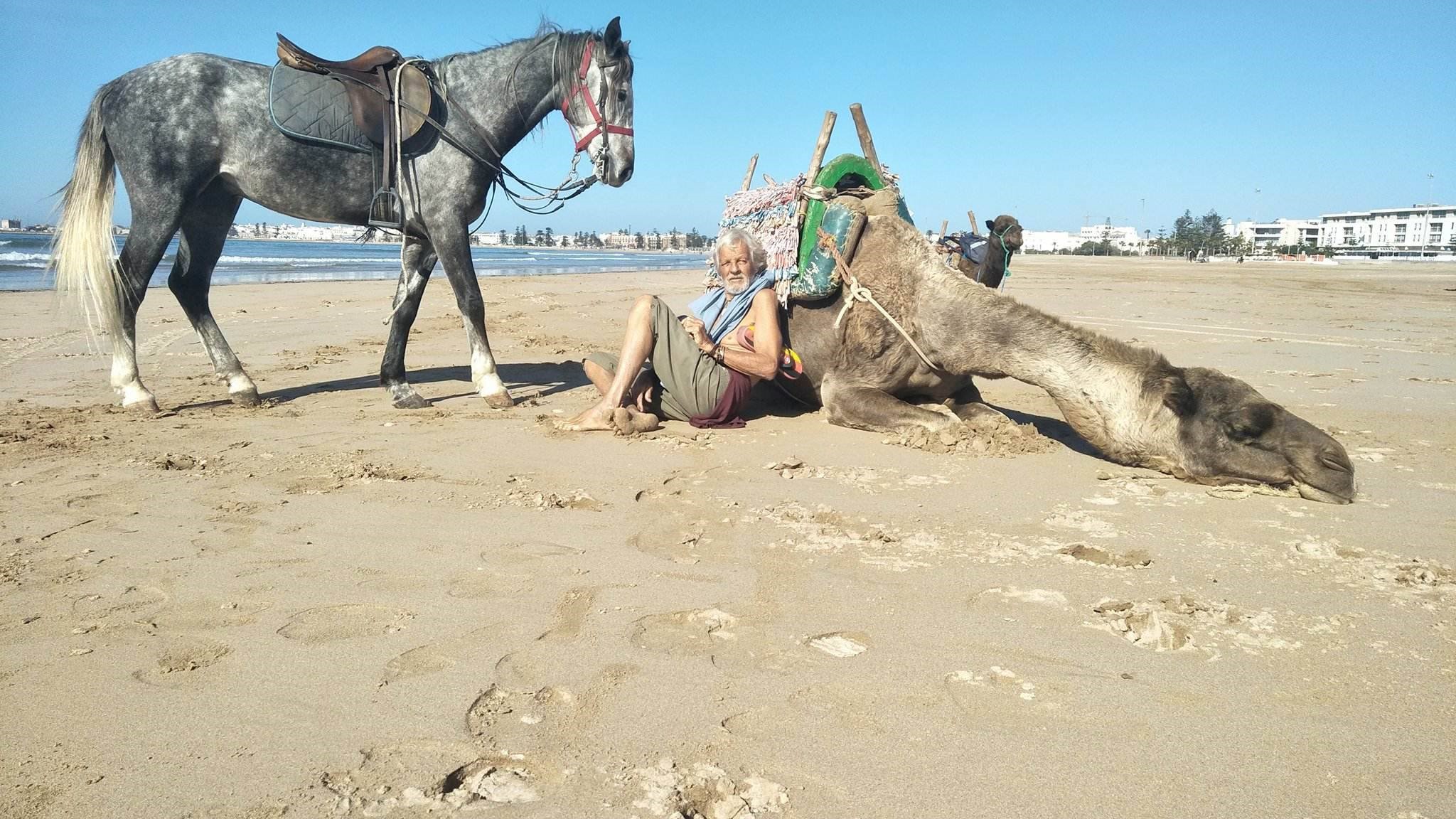 With a lot of travel booked digitally now, Deano brushed up on his smartphone skills, left Australia and didn't look back. 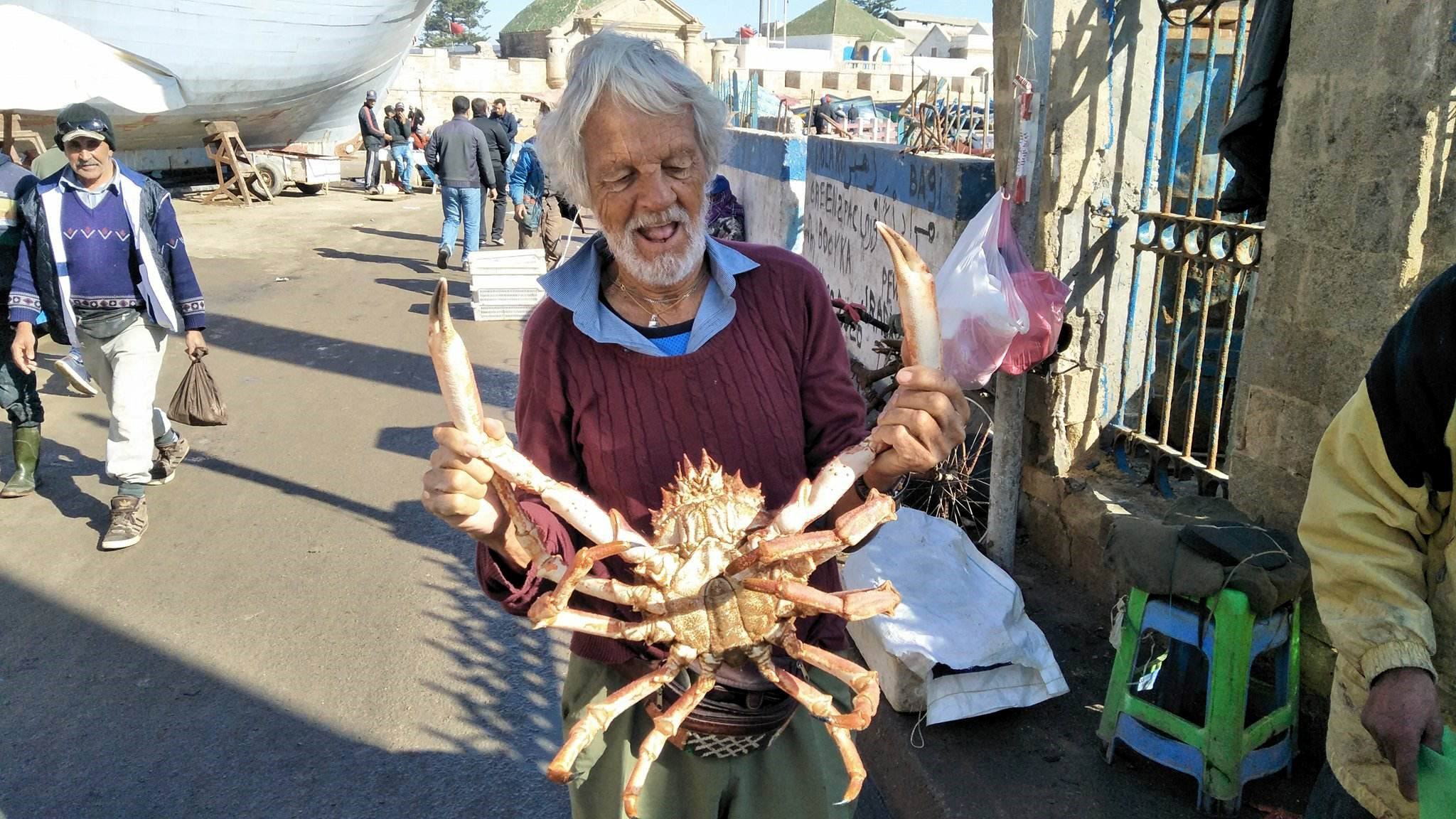 You can take the man out of the Whitsundays, but he'll still love the ocean.( Supplied: Dean Springbett )

Every leg of the trip was true spontaneity.

"I didn't have any idea how long I was going to stop wherever I was," he said. 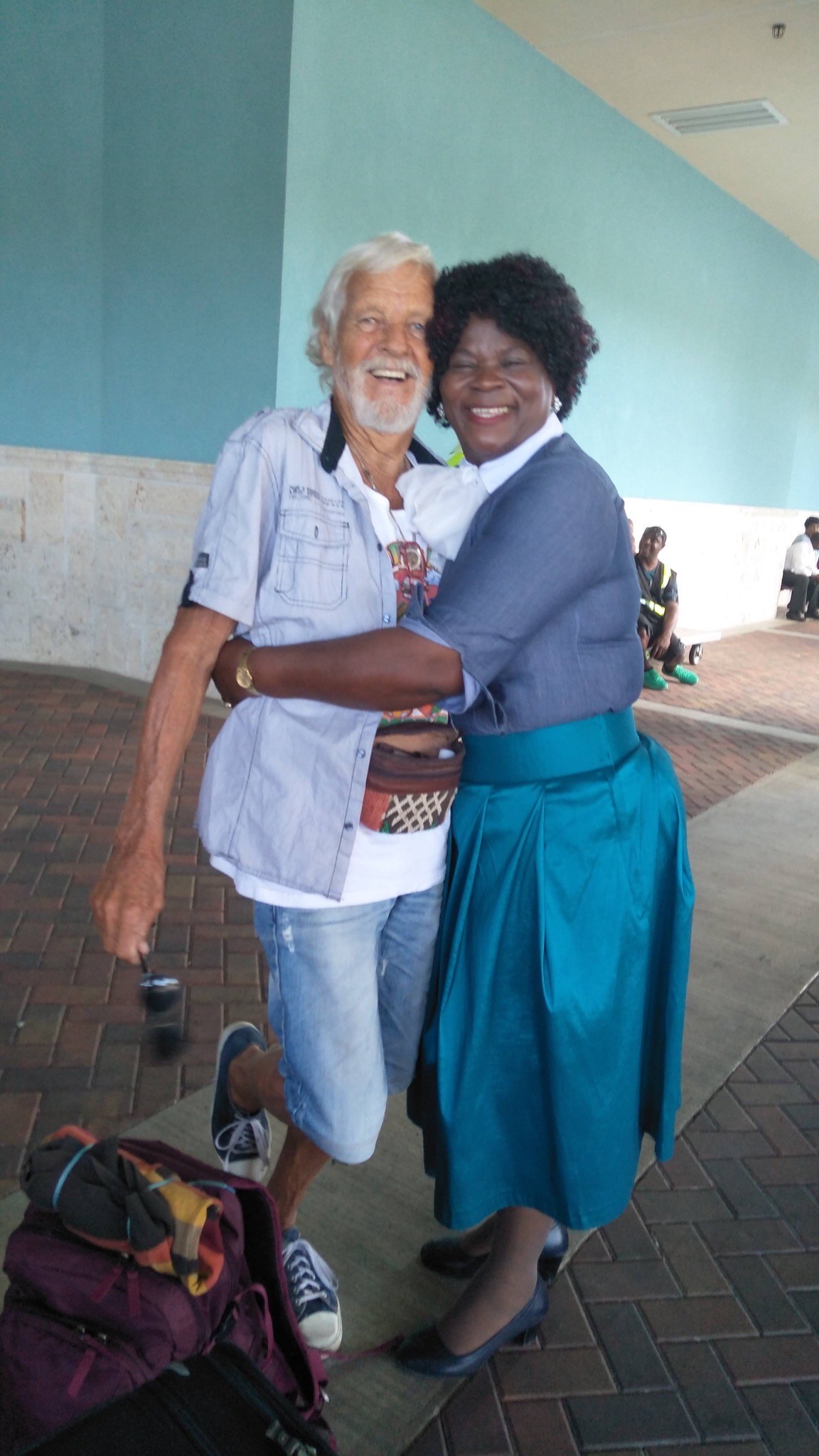 After hosting backpackers on his property for some time, he said he knew people all over Europe who he was able to catch up with.

Over the six months he said he met so many new friends, went on tours and just did "whatever comes up for the day".

"And [Dingo Beach has] really grown back." 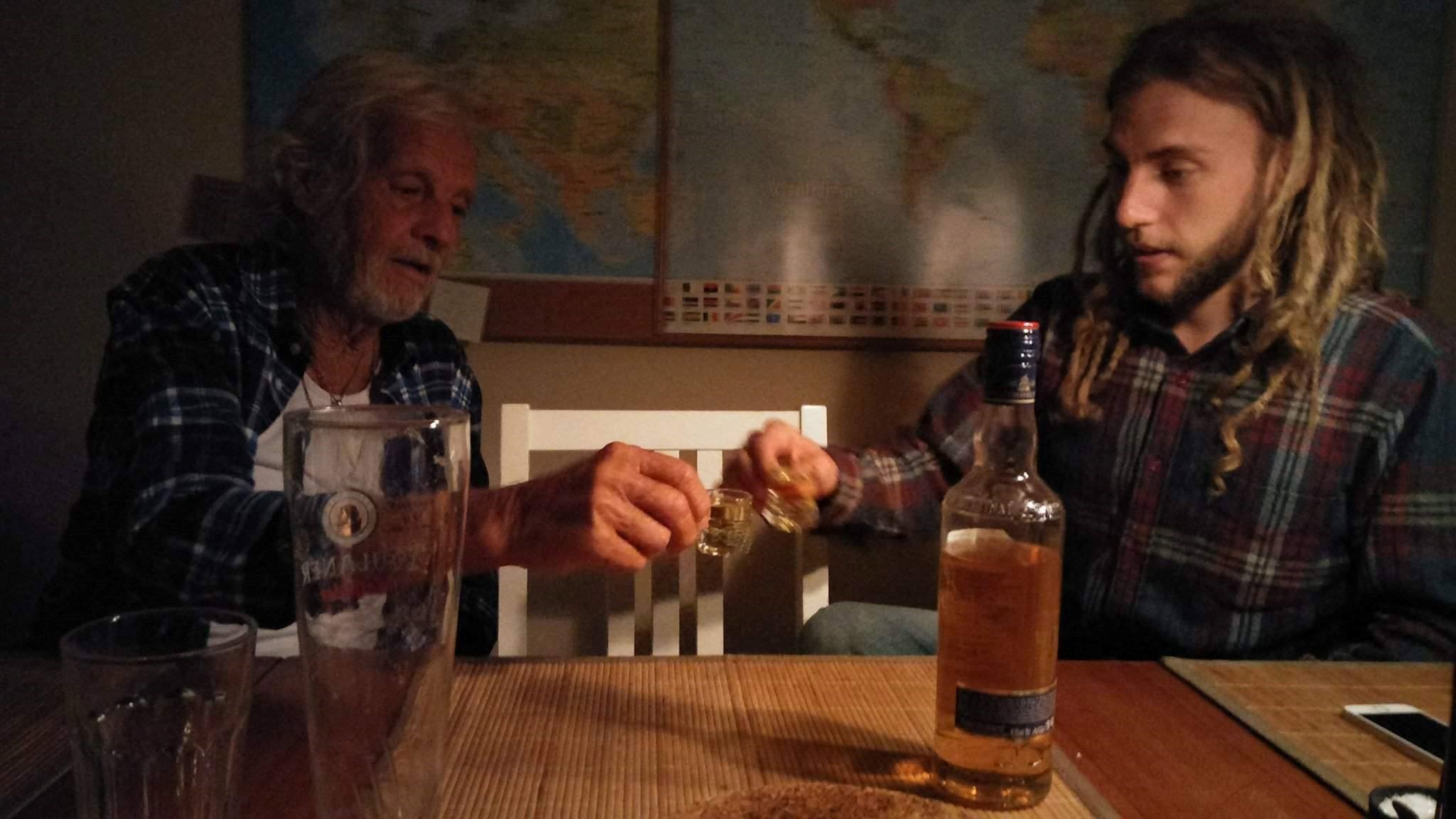 Deano remembers the overwhelming feeling he had the first day after Debbie.

"That’s the worst part – that next day, it was unbelievable to walk out and see the trees gone."

The ABC spoke with him during the clean up, and he discussed taking on the cyclone with his chainsaw, which he kept beside his bed as the wind roared outside that night.

"I knew I probably wouldn’t be able to crawl through the bushes and branches in the morning, so I put the chainsaw there," he said.

After returning from his round-the-world trip, things started to slowly resemble life before Debbie. 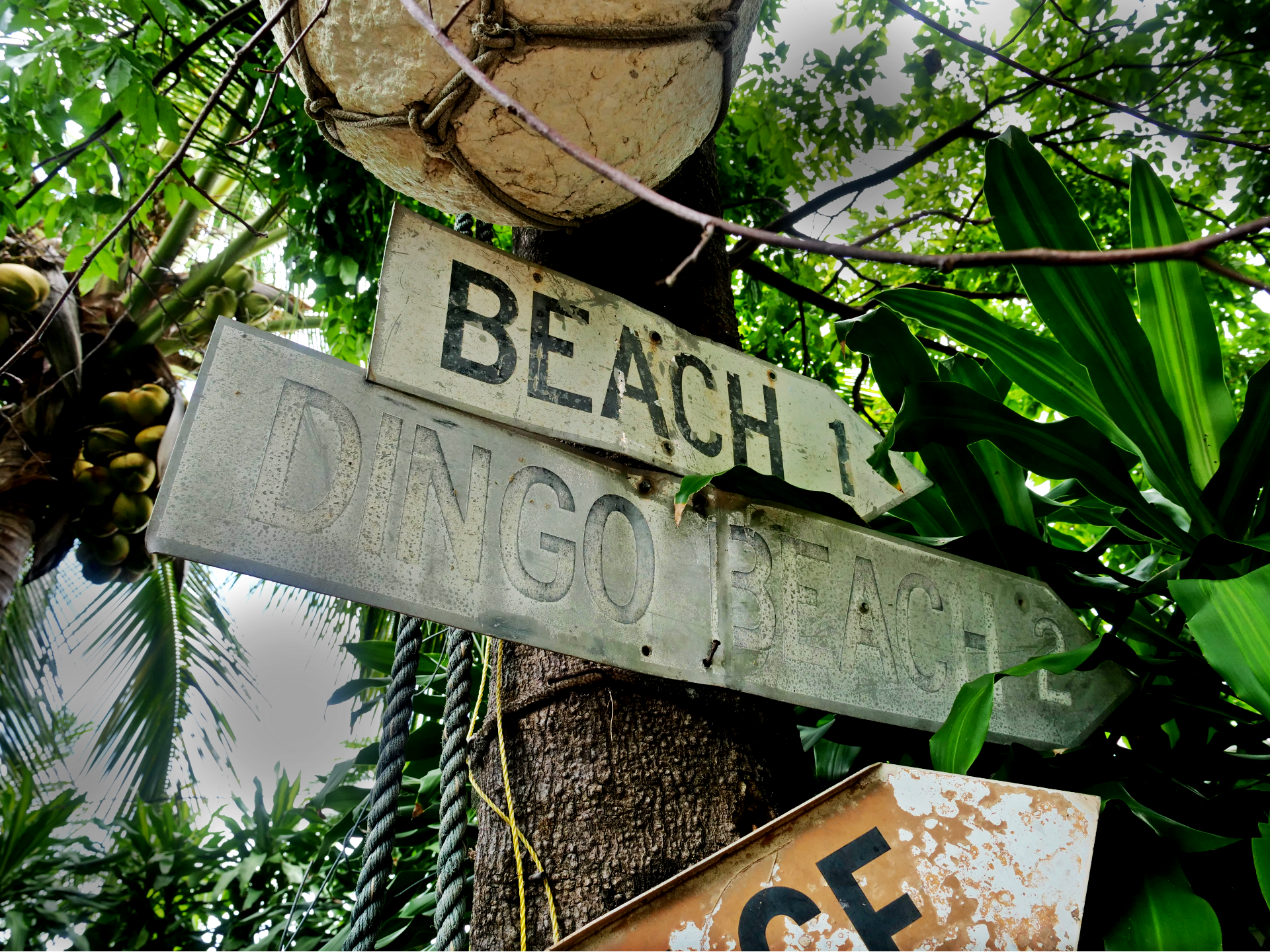 Insurance losses from Cyclone Debbie totalled almost $2 billion, with more than 70,000 claims made, including on home, contents and commercial insurance.

It was the most expensive cyclone in Queensland's history.

Now, five years on, Dingo Beach residents look back at the cyclone as different to any they had experienced before.

Deano stuck by words he remembered saying at the time — that a "new dingo" was coming up.

"Meaning the town is going to grow back again," he said.