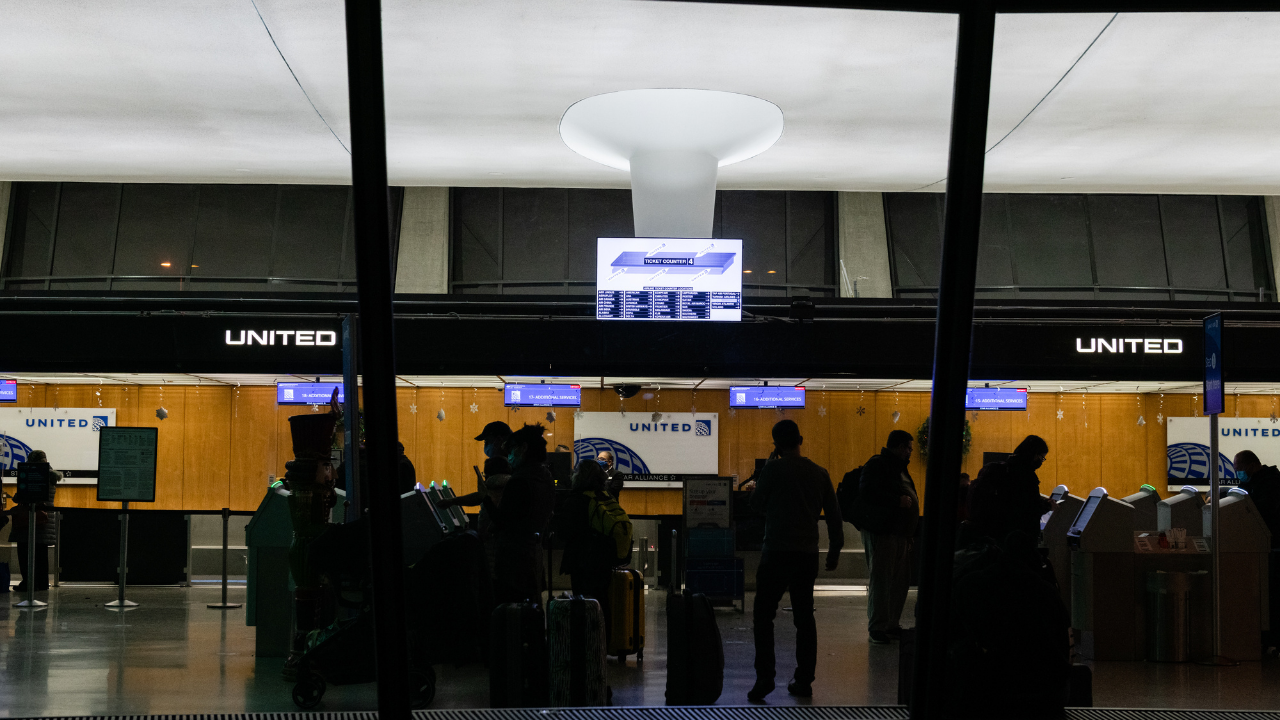 Holiday travel problems are continuing for Americans as major airlines have canceled over 1,000 flights on Sunday, with some saying that the coronavirus omicron variant is causing staffing issues.

According to Flight Aware, 156 Delta Air Lines flights were canceled, with 618 being delayed. United Airlines has had 111 flight cancelations and 370 delays.

JetBlue canceled 124 flights on Sunday, and delayed 384, while Alaska Airlines canceled 101 flights and delayed 233, according to Flight Aware. 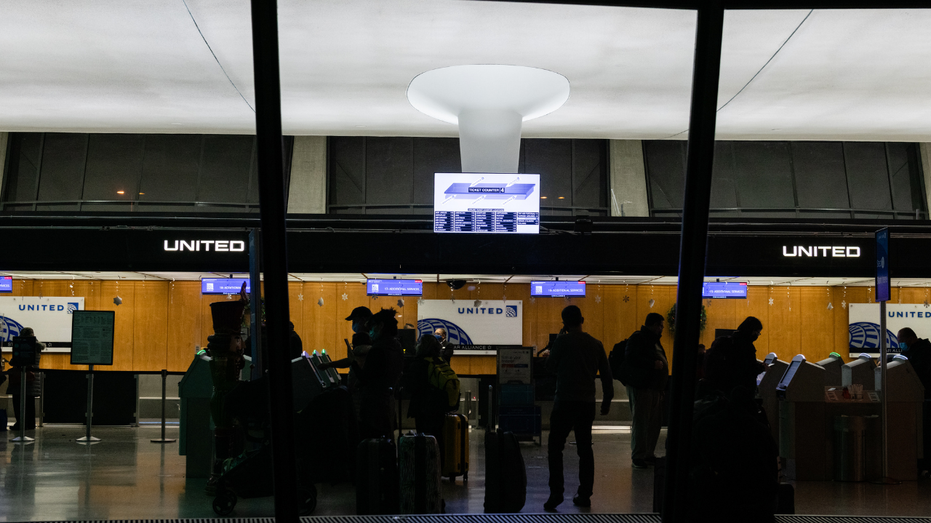 Some airlines are blaming a combination of winter weather and the omicron variant for the cancelations and delays throughout the holiday weekend.

"Winter weather in portions of the U.S. and the omicron variant continued to impact Delta’s holiday weekend flight schedule. Of the 4,155 total mainline and connection flights scheduled Sunday, the airline had canceled 161, with around 40 more cancelations forecasted for the day, fewer cancelations than predicted less than a day ago," a Delta Air Lines spokesperson told FOX Business.

The spokesperson said that the company expects around 40 flights could be canceled on Monday. 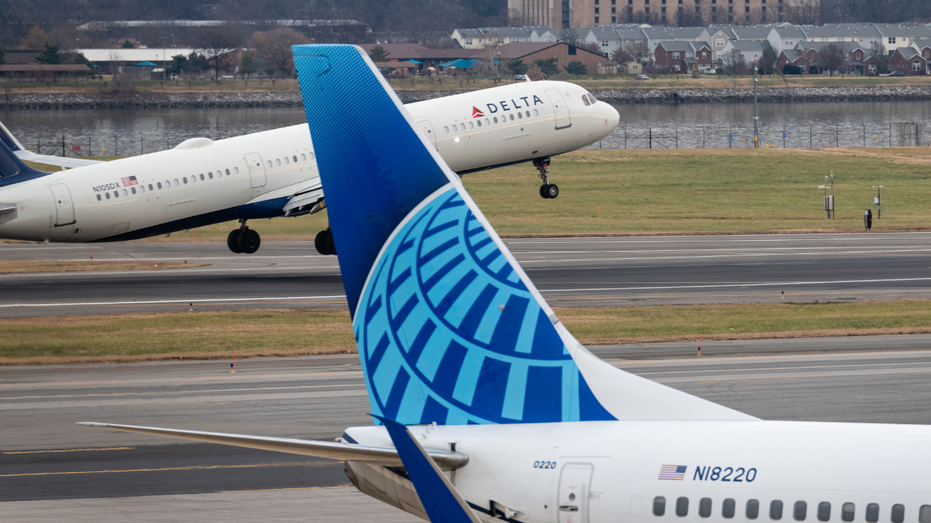 A Southwest Airlines spokesperson told FOX Business that they are dealing with "a variety of weather and air traffic congestion challenges," but noted that the company has not experienced any coronavirus related operational disruptions this week.

A spokesperson for United Airlines told FOX Business that the airline had 98 cancelations related to coronavirus staffing concerns on Sunday, out of the more than 4,000 scheduled flights. According to the spokesperson, about 50% of travelers who had their travel plans disrupted arrived to their destination within four hours of their scheduled flight.

Alaska Airlines, however, was heavily impacted by winter weather in the Seattle area, where their operations are based. The Seattle area was forecast to receive around 4-6 inches of snow on Sunday.

"Snow and wintry conditions are creating a bit of a bah-humbug for our operations to and from Seattle. To adjust for the difficult weather conditions and impacts at Seattle-Tacoma International Airport, we’ve had to cancel some of our flights that were scheduled to arrive or depart Seattle today, December 26. We apologize for any potential flight delays and cancellations that could take place due to the weather.  We realize it’s incredibly frustrating when travel doesn’t go as planned," the Alaska Airlines spokesperson said.

A JetBlue spokesperson told FOX Business that the company was seeing an "increasing number of sick calls from Omicron" and are attempting to cancel flights where the least amount of disruption to customers will occur.

"Despite our best efforts, we've had to cancel a number of flights, and additional flight cancellations and other delays remain a possibility as we see more Omicron community spread. The health and safety of our crewmembers and customers remains our top priority as we work through this pandemic, and we sincerely apologize for the inconvenience that these schedule changes bring during the holidays," the spokesperson told FOX Business. 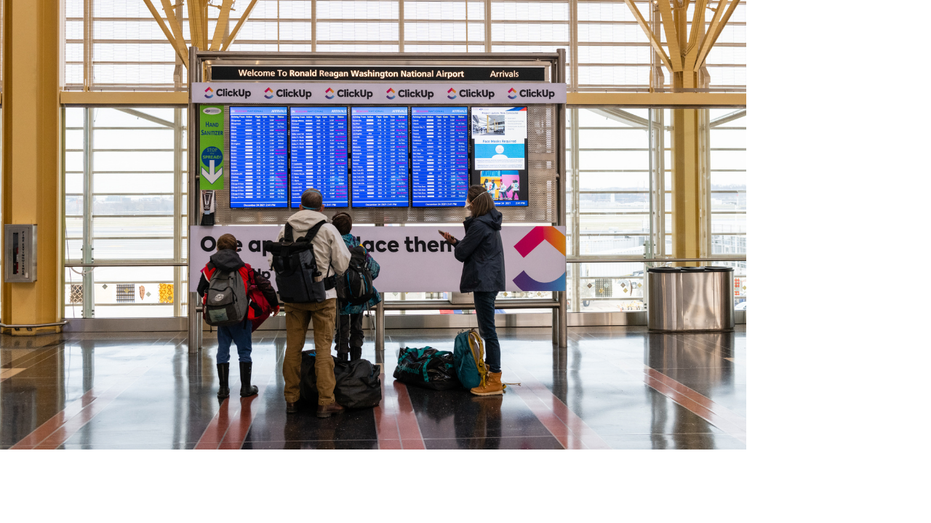 Delta Air Lines Chief Executive Officer Ed Bastian and other medical officers said in a Dec. 21 letter to Dr. Rochelle Walensky, director of the Centers for Disease Control and Prevention, that the isolation guidelines for vaccinated individuals should be revisited.

Instead, Bastian and Delta's medical officers proposed a 5-day isolation period from the time that symptoms begin, stating that the omicron variant may "exacerbate shortages and create significant disruptions."

"With the rapid spread of the Omicron variant, the 10-day isolation for those who are fully vaccinated may significantly impact our workforce and operations. Similar to healthcare, police, fire, and public transportation workforces, the Omicron surge may exacerbate shortages and create significant disruptions. Further, all airline personnel are required to mask at airports and on airplanes," the letter states.

The JetBlue spokesperson also said that they support a shortening of the isolation period for individuals who are fully vaccinated and test positive for the coronavirus.

GET FOX BUSINESS ON THE GO BY CLICKING HERE

On Dec. 23. the Association of Flight Attendants-CWA wrote a separate letter to the Centers for Disease Control and Prevention, stating that they support the current 10-day isolation recommendation.