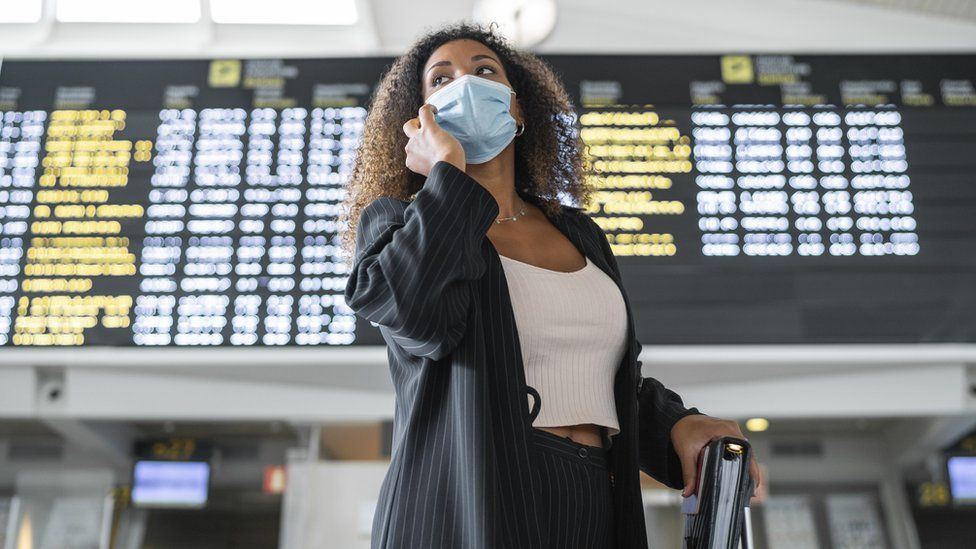 Heathrow Airport no longer requires people to wear them at its terminals, railway stations or office buildings but will continue to recommend they do.

British Airways and Virgin Atlantic the latest airlines to relax their policies on face coverings.

Passengers must still wear them on board flights if the country they're travelling to requires it.

'Plan B' measures ended in late January, meaning masks were no longer legally required on some public transport and in shops.

However Heathrow, which handles a large number of international flights, had kept the rule that face coverings must be worn, until this week.

She said: "While we still recommend wearing them, we can be confident the investments we've made in Covid-secure measures - some of which aren't always visible - combined with the fantastic protection provided by the vaccine will continue to keep people safe while travelling."

Heathrow said that if there was a significant rise in infections or a future variant of concern, it would not hesitate to bring the mandate back.

The airport said face coverings would remain available for people who still want to wear them.

Virgin Atlantic said it was also changing its face mask policy from Wednesday, making it a personal choice for customers and crew to wear them on board.

This will only happen on services where international regulations on mask-wearing do not apply.

For now, that means flights between Heathrow and Manchester and destinations in the Caribbean such as Barbados, St Lucia and Antigua.

The airline said customers may be asked to wear a mask when getting on and off planes and at destination airports.

It highlighted that on routes to or from the US, masks would still be required until at least 18 April.

From Wednesday, British Airways (BA) customers will only have to wear a face covering on board flights if the destination they're travelling to requires it.

Earlier this month, the airline and tour operator Jet2 relaxed its rules on face coverings for flights to and from England and Northern Ireland. Since Friday, Tui has done the same.

Ryanair boss Michael O'Leary has said he would like to see the end of mandatory face masks by April or May. He added that cabin crew were being consulted.

The aviation industry is hoping that the easing of travel restrictions will lift the curtain on a busy summer, after two years of major disruption due to the pandemic.

From Friday, all travellers will be able to enter the UK without filling in a passenger locator form or taking Covid tests.

Holidaymakers will still need to be aware of, and follow, and rules where they're going.

The airport's passenger numbers last month were still nearly 50% down on pre-pandemic levels.

However the airport is recruiting 12,000 staff to try and cope with demand during the summer peak.