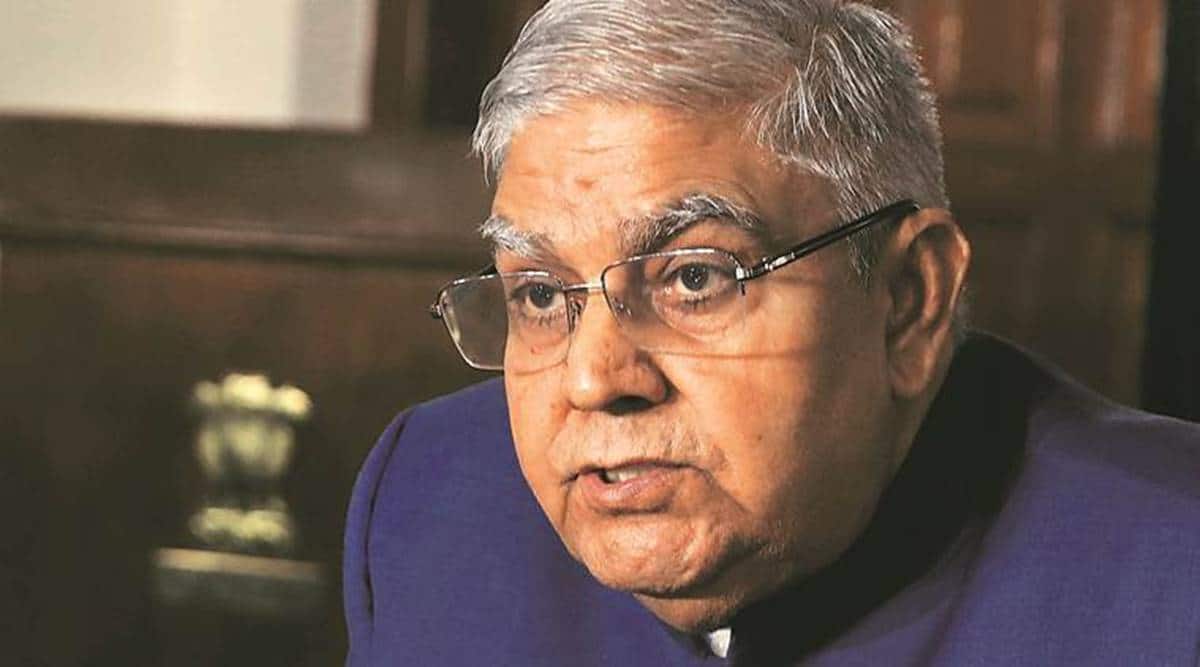 GOVERNOR JAGDEEP Dhankhar on Tuesday urged the state government to furnish a white paper on the past five editions of Bengal Global Business Summit (BGBS) with details of investments received by the state through its annual flagship business conclave.

Dhankhar also expressed his disappointment over “lack of response” for the state government on the information sought by him over a year ago on the actual investments that the state has from five editions of BGBS. “Concerned at lack response @MamataOfficial on critical issues flagged a year ago on 5 editions #BGBS. Ground reality belies ‘resounding success’ syndrome. Rule of law, respect for human rights democratic values are imperative for investment. Much needs to be done on these fronts,” he said in a tweet.

“Call upon @MamataOfficial to come out with a WHITE PAPER #BGBS so that information is available in transparent and accountable manner. It is our obligation that we subscribe to sanctity of facts and not dictate actions by mere optics of advertisements and statements,” he added.

The state government has decided to hold another edition of BGBS in April next year. The business summit could not be held for last two years due to covid 19 pandemic.

Yesterday, during a get together, Chief Minister Mamata Banerjee is learnt to have requested Dhankhar to promote the state as an industrial destination and he was learnt to have agreed to travel overseas for the purpose.

The TMC government has been organising BGBS since 2015 to attract investment to the state. In a letter to the chief minister in August last year, the Governor said he had sought information on the five editions of the BGBS first from the departmental secretary and then from the finance minister but did not get it.

“Surely, their stance is far distanced from transparency in government…,”’ he wrote in the letter dated August 25, 2020.

📣 The Indian Express is now on Telegram. Click here to join our channel (@indianexpress) and stay updated with the latest headlines