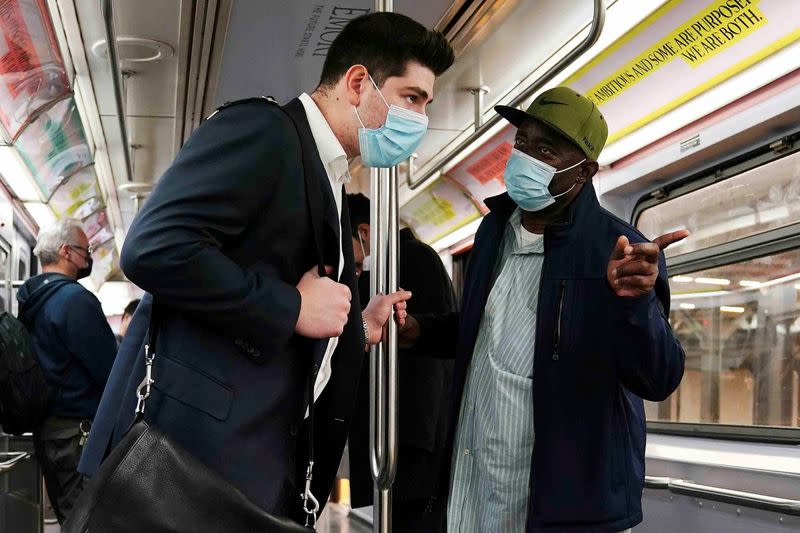 But souvenir shops, horse carriage drivers and small businesses that rely on vacationers said it could take weeks, or longer, to revive their fortunes, especially to robust pre-pandemic levels.

"I'm just pessimistic, that they're not going to return in the way people think they will," said Daniel Zambrzycki, the owner of Gifts on the Square in Times Square, one of the world's most-visited tourist sites. "It's a snail-pace progression."

International tourists bring something different to New York than domestic travelers, city tourism officials said. They tend to spend more, stay longer, and bring a mix of cultures, accents and attitudes that reinforce its cosmopolitan feel.

How and when New York tourism emerges from the pandemic after U.S. curbs on foreign travel were eased on Nov. 8 is something that business owners, city officials and other top tourist destinations are closely watching.

Vijay Dandapani, chief executive of the Hotel Association of New York City, sees the country's most populous city as a litmus test for tourism in the rest of the country.

"New York is the biggest destination," he said. "Many stop here and go on to other places."

Current forecasts are not encouraging. This year, NYC Co, the city's tourism agency, expects total visitor spending of $24 billion, down from about $47 billion in 2019.

Just 2.8 million foreign visitors are expected this year, a far cry from the record 13.5 million in 2019, when they accounted for 20% of all visitors and half of the spending.

International visitors could triple to 8.5 million next year, NYC Co spokesman Chris Heywood said. But a rebound to 2019 levels may not come until 2025, two years after domestic travel is expected to recover.

By comparison, it took five years for international tourism in the city to fully recover following the attacks on Sept. 11, 2001, according to the agency.

Some souvenir stores in the Times Square area closed for good after pandemic restrictions shut down discretionary travel from much of the world, making parts of New York feel like a ghost town. While pedestrian traffic has picked up since the summer, shops that remain are operating through uncertainty.

Zambrzycki, for one, worries that spikes in crime and homelessness since the pandemic began in March 2020 will deter some foreign visitors.

He said revenues at his store remained down 65% from 2019. He has no immediate plans to restore store hours or enlarge his four-person staff - half the number in 2019.

Jalal Alif, who manages a shop called I Love NY by Phantom of Broadway, also sees no quick surge in customer traffic.

"It takes time," Alif said, standing in the middle of the nearly empty store. "It's not going to be the same like before."

To jumpstart a rebound, NYC Co has launched a $30 million tourism campaign, its largest, with $6 million dedicated to key international markets, including the United Kingdom, Canada, Mexico, Brazil and South Korea, Heywood said.

"Our goal really is to create urgency to book now and ensure that New York is at the top of the priority list for international travel."

About 20 blocks north of Times Square, Kieran Emanus has offered rides through Central Park in his horse-drawn carriage for decades. Like a visit to the Statue of Liberty, the experience is on the bucket list of many out-of-town visitors.

Emanus enjoyed a modest uptick in bookings in the first week after restrictions were lifted. A good day before the pandemic would have had six carriage bookings on weekdays and 12 on weekends, he said. Now, "if you get eight on a weekend day, you are very happy."

But there are hopeful signs.

Six groups from Britain were among Emanus' recent customers, he said. "I hadn't seen an English person since the pandemic."