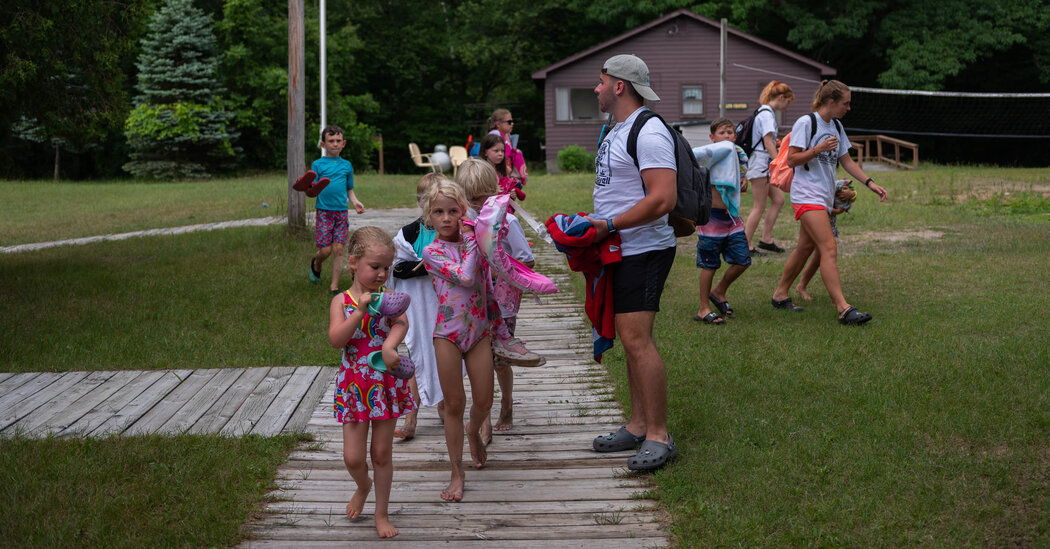 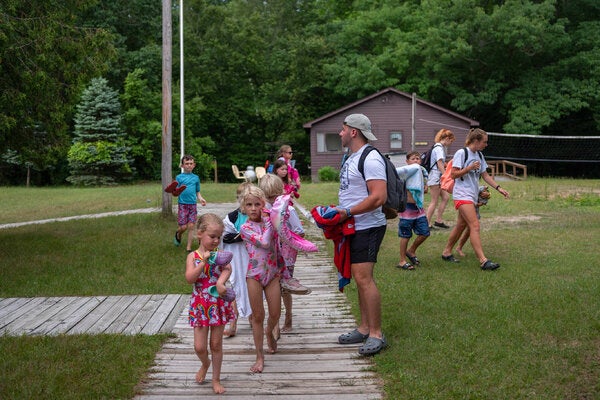 Campers at Camp Cavell in Lexington, Mich., headed for shelter as a thunderstorm rolled in. Credit... Ali Lapetina for The New York Times

Jill Laidlaw has worked for 37 years at Camp Cavell in Lexington, Mich., a little spot of paradise on Lake Huron. But she has seen trouble in paradise: climate change.

Temperatures in Michigan have risen by two to three degrees, on average, in the last century, and Ms. Laidlaw said she had seen the effects of that warming in many ways, from hotter days and warmer nights to stronger rainstorms, harmful algae blooms in the region's lakes and an explosion of ticks. And increasingly common bans on most outdoor burning have even restricted one of the most beloved aspects of summer camp, she said: “We've had ‘flashlight campfires’ the last few summers.”