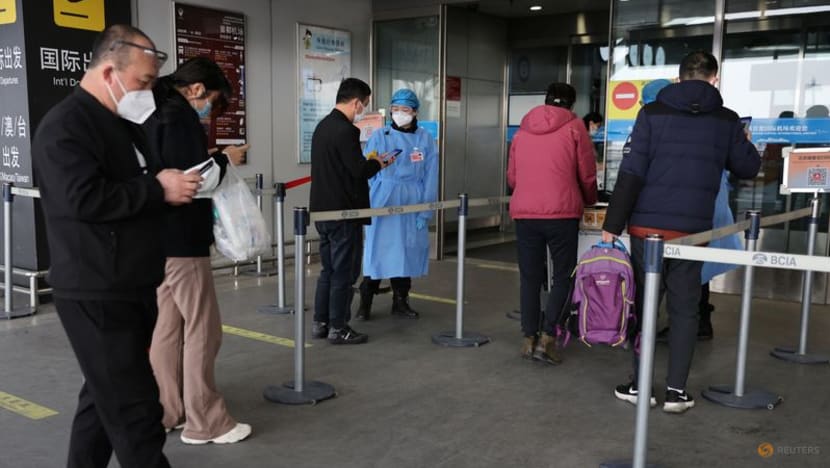 BEIJING: Chinese travellers spent 43 per cent less over the five-day Labour Day holiday that ended on Wednesday (May 4) compared to a year earlier, government data showed, as tightening COVID-19 prevention measures being rolled out across the country hit consumption.

The Ministry of Culture and Tourism said on Wednesday that Chinese domestic travel revenue tumbled to 64.7 billion yuan (US$9.78 billion), and the 160 million trips made over the holiday marked a 30.2 per cent year-on-year decrease.

The Labour Day holiday from Apr 30 to May 4 is traditionally one of China's busiest tourist seasons as spring moves into summer, but it was disrupted this year by efforts to fight China's largest COVID-19 outbreak since the virus emerged in Wuhan in late 2019.

Reuters reported last week that hotels across the country had slashed prices by up to 50 per cent, with room rates in many Chinese cities hitting a five-year low for the holiday period as hotels braced for a fall in travellers.

The Ministry of Culture and Tourism attributed the drop to COVID-19 prevention and control policies affecting urban and rural residents nationwide.

It also said that tourist traffic was weak across popular domestic destinations including tropical Hainan island, Jiuzhaigou National Park and West Lake in the city of Hangzhou, which all reported large falls in visitor numbers.

The hotel occupancy rate in Sanya, a destination on Hainan popular for its duty-free shopping, was just 20.6 per cent during the holiday, ministry data showed.

Five-day box office takings of 297 million yuan during the holiday were the lowest of recent years, and down sharply from last year's 1.67 billion yuan, the online ticket platform Dengta, backed by Alibaba, showed.

Dozens of cities across China have imposed full or partial lockdowns to combat the spread of COVID-19, including Shanghai, the country's most populous city.

Beijing, the capital, has also imposed movement curbs and shut many leisure and tourist venues including the city's Universal Studios resort.