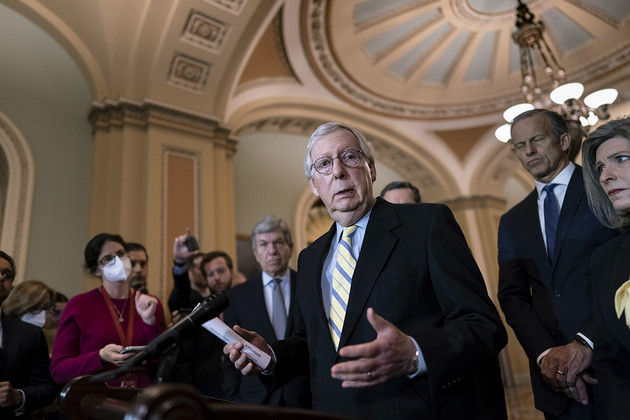 Can I really ditch my mask while traveling?

The demise of the federal mask mandate on public transportation has left legions of air, train and transit passengers wondering: What now? And will it last?

Contributing to the confusion was the fact that Monday’s surprise court ruling came just days after the federal government had extended the mask requirement for two more weeks, citing the most recent surge in infections. The judge’s ruling voided that extension, which means the mandate is kaput — to the delight of some travelers, and the horror of others — unless the White House appeals.

Here are answers to five of the biggest questions about what the decision means for the traveling public.

A Donald Trump-appointed federal judge in Florida struck down the mandate on Monday, ruling that while “it is indisputable that the public has a strong interest in combating the spread of Covid-19,” the Centers for Disease Control and Prevention exceeded its authority by imposing a mask mandate on public transportation. She also ruled that the agency improperly skirted normal rulemaking procedures and “failed to adequately explain its decisions.”

The largest U.S. airlines moved to drop their own masking requirements, as did several transit systems and Amtrak. In some places, crewmembers took their masks off mid-flight and pilots announced that passengers could doff their masks — to cheers and, in some cases, tears.

Are masks on planes really optional? And is that safe?

For the most part, yes — they are optional. All the major U.S. airlines ditched mask mandates within hours of the court ruling, though the judge’s decision applies only to domestic flights. Covid protocols for international flights are set by their destination country and won’t be affected by Monday’s ruling.

The airlines say their employees and customers can now choose whether to don a mask, and have stressed that wearing one can help protect other passengers. But with the TSA mandate no longer in place, the airlines aren’t bound to enforce the rule.

Since the early days of the pandemic, the airline industry has argued that planes have robust filtration systems that help reduce airborne particles, making transmissibility low for airborne diseases like Covid-19. However, some studies on transmissiblity on board airplanes have come to different conclusions.

What about buses and trains?

Transit agencies diverged on mask rules, and even individual cities ended up with a patchwork of different policies. In San Francisco, the BART underground train network ditched mask requirements, while San Francisco’s bus and streetcar system, along with the regional commuter rail in the Bay Area, kept mask requirements in place. In Philadelphia, SEPTA said masks are not required on buses, trains and in stations after the federal judge’s ruling, even though the city of Philadelphia’s indoor mask mandate was reimposed on Monday due to rising Covid case counts.

The New York City metro area turned into a patchwork of mask rules on Tuesday, with mask mandates remaining in effect on MTA’s subway, rail and bus network, PATH trains from New Jersey to New York and JFK and LaGuardia airports. But NJ Transit ditched mask requirements on board.

Meanwhile, some transit agencies are saying they will continue to follow CDC recommendations on masking — but CDC recommendations can be confusing. They call for making mask-wearing optional in indoor places, depending on the level of community transmission of Covid-19. Other agencies are looking to state health officials for guidance, leading New York’s transit system to continue to require masks.

Airlines implemented mask mandates before the federal government did in the spring of 2020, in an effort to convince the traveling public that it was safe to fly. But in recent months, they have been pushing to eliminate the requirement, especially as mask mandates in other indoor environments have begun to fade.

On one hand, aviation crews have borne the brunt of passenger rage as they have tried to enforce the federal mandate, leading to a spike in assaults on crew members to a far greater extent than on planes and buses. The Federal Aviation Administration says masks play a role in roughly 70 percent of airborne incidents even though unions argue that eliminating the mandate is unlikely to stop the assaults.

The financial motivations are also different for transit agencies and airlines.

Airline economist Bob Mann said removing the mask mandate is part of the airlines’ effort to lure business travelers back. “If you can’t really conduct customer service on board an aircraft — serve meals, serve drinks — then you can’t really provide the level of additional ‘soft product,’ or ‘soft service,’ that a business traveler is paying a high multiple of the selling fares to purchase,” Mann said.

“I mean, you don’t get a better seat if you’re a business traveler riding the subway,” he added.

Demand for air travel has bounced back to 90 percent of pre-pandemic levels, but that’s been led by lower-cost leisure travel, rather than business travel. Private and charter jets have done great business during the pandemic, and commercial airlines are trying to entice those high-end travelers back with the promise of both safety and service.

Will the White House appeal the ruling?

The Biden administration did not take any immediate steps to try to stay the ruling, with the White House saying it would wait for input from the Justice Department and CDC before deciding how to proceed. On Tuesday evening the administration said it will appeal the ruling if the CDC deems it necessary to protect public health.

A Health and Human Services Department official told POLITICO “no decision has been made” on whether to appeal.