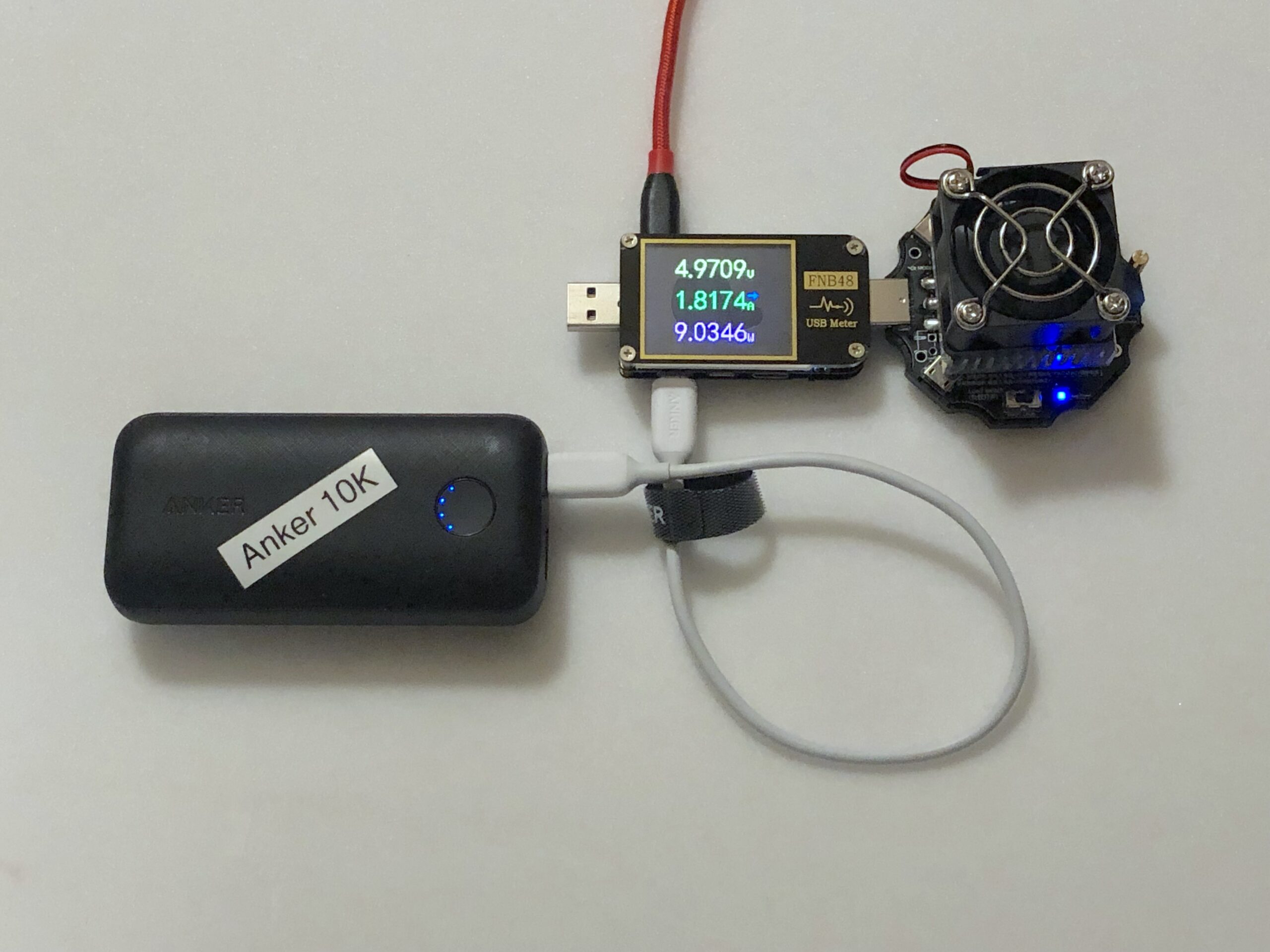 BatteryBench: A Protocol for Testing Portable Battery Chargers and Electronic Devices for Backpacking

What is a Portable Battery Charger? 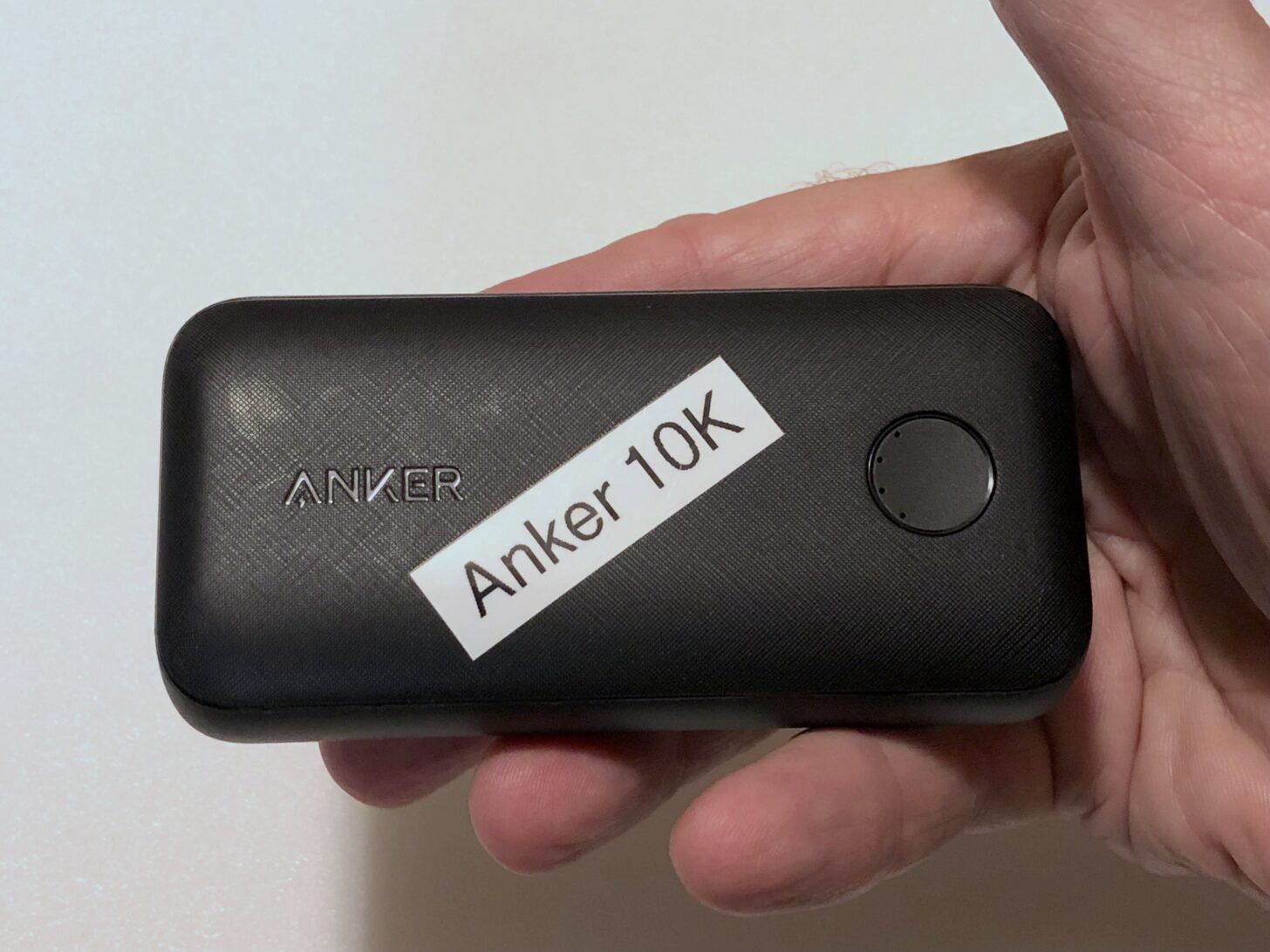 It’s almost too easy to find tests and comparisons of portable battery chargers. But none that I read or watched focuses on the most important factors that backpackers should care about, including the lightest models for charging your phone or earbuds.

And portable battery charger makers do not consistently measure mAh (milliamp-hours), the most prominent number in product names and advertisements. Plus, mAh isn’t even a complete unit of energy!

What is the Best Portable Battery Charger for Backpacking?

It’s a common question, and not easy to answer. My goals for this article are:

Here I loosely define terms for this article. Pedants beware!

Energy: Potential work. Electric energy can be measured in Watt-hours (Wh). The energy stored in a battery is like the gasoline (gas, petrol) sitting in a car’s tank.

Power: How fast a device spends energy; electric power is measured in Watts (W). The power of a battery is like an engine in a car. Some cars have large tanks (high energy) and small engines (low power); some have small tanks and large engines; most are in between. Batteries are similar. Also called power output.

PBC (Portable Battery Charger): An energy and power source with rechargeable batteries inside, used to recharge other devices using USB. Like jugs full of gasoline for refilling a car’s tank.

Device: Any battery-powered thing you carry while on a backpacking trip that needs recharging via USB.

AC charger: Something you plug into a 120 Volt (V) or 220 V AC (alternating current) outlet to recharge devices using USB charging cables. Some AC chargers can deliver more power than others; that doesn’t mean you will get all that power going into a particular device. AC chargers and portable battery chargers are like gasoline stations and gas jugs. 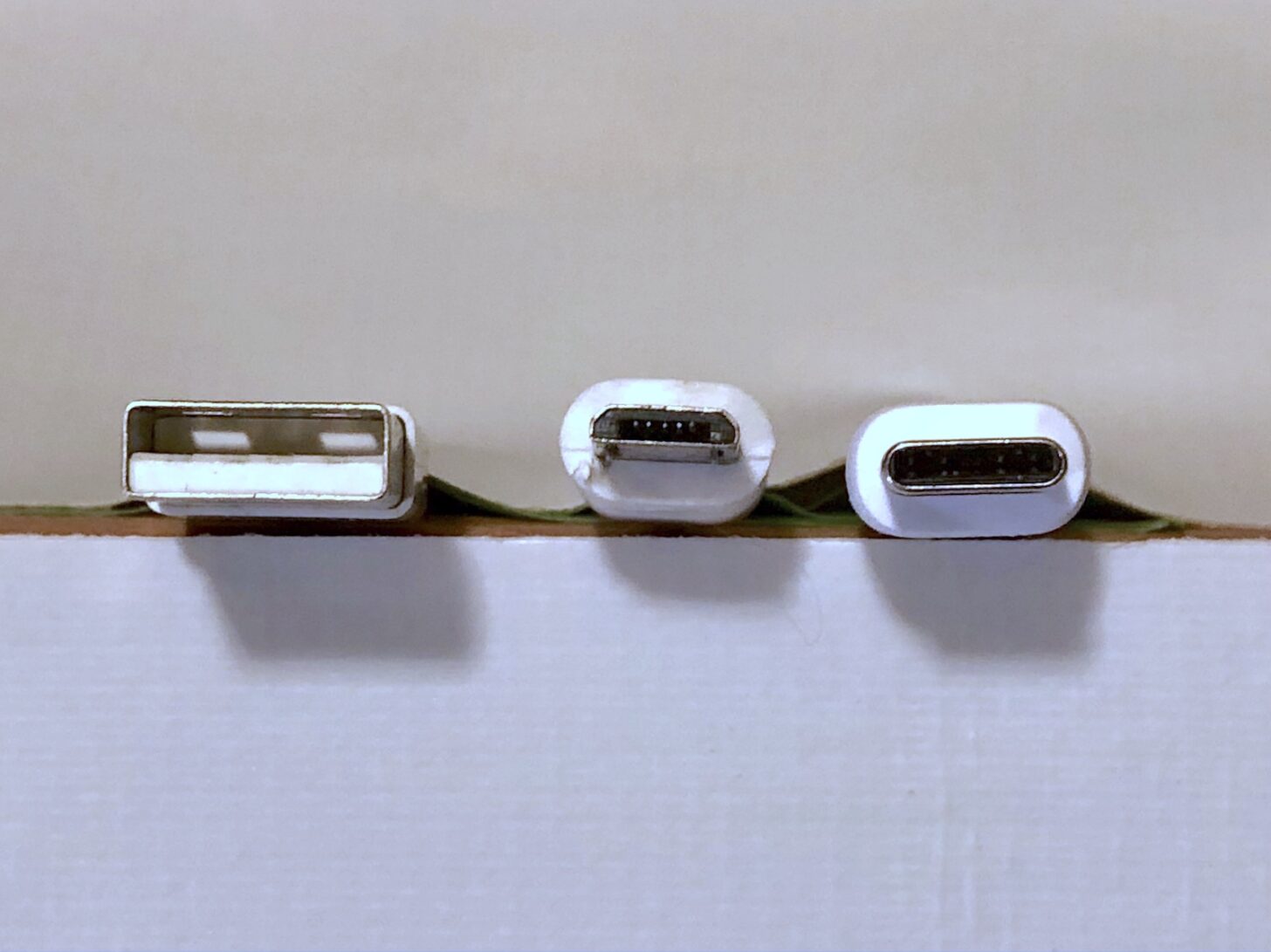 USB-A: The rectangular power and data connector found on computers and other devices for about 20 years. Often you must flip the connector over to fit into a socket. USB-A supports up to 18 W.

USB 1, 2, 3 and many variations: Confusing standards mostly for the data speed of a USB connector, and not relevant for energy measurements.

PD: Power Delivery is a widely-supported but complex standard for delivering and consuming power up to 240 W through USB-C connectors. Note that an AC charger or PBC that can supply more power than a device will consume will not hurt the device, but it won’t recharge any faster, either.

Battery life: The “amount of time a device runs before it needs to be recharged,” according to Apple. Like the miles (kilometers) a car can drive before it runs out of gas.

Battery lifespan: The “amount of time a battery lasts until it needs to be replaced,” according to Apple. Everything wears out eventually.

Specified energy: The total energy stored inside a portable battery charger or device like a smartphone, according to the manufacturer. You can usually find the total Watt-hours (Wh) of energy on the device, in its manual or web page, or on independent test and repair sites. If that fails, you can multiply mAh by 0.0037 to get an approximation of specified Wh. Most 10,000 mAh PBCs I found claim to hold 36 to 38 Wh.

Delivered energy: The total measured energy in Watt-hours that a portable battery charger can send through a USB port. Delivered energy is what really matters for backpackers, but it’s almost always lower than the specified energy. Sometimes also referred to as battery capacity.

Energy density: The specified or delivered energy per unit weight for a portable battery charger. I use Watt-hours per kilogram (Wh/kg). Lightweight backpackers should prefer PBCs with higher energy density.

Consumed energy: The total measured energy any device takes in while recharging. This value is always higher than the specified energy or delivered energy.

Wasted energy: Energy used, but not useful. Examples include the difference between consumed and delivered energy; or the energy supplied by a PBC after the attached device is fully recharged.

Note that all three units can change slightly while recharging.

Many portable battery chargers claim to have 10,000 mAh, but those units are incomplete. If you want to know how much energy is inside a device measured in mAh, you must know the Volts, too. PBC makers quietly measure mAh at the internal battery, typically 3.6 to 3.85 V.

But the USB delivery of those Watt-hours can fall short. That is why you should measure delivered energy.

In theory, a portable battery charger with a 36 Wh battery (about 10,000 mAh) needs 18 W to recharge in 2 hours (18 x 2 = 36). But in my experience, recharging is slower than that and slows down as batteries fill up, plus there are energy losses.

Battery management has become another important backpacking skill. If you are not an electrical engineer, you might get lost in a whirlwind of acronyms, jargon, and formulas. And the battery and device industry sometimes hides or obscures important information.

You will usually regret taking less energy than you really need. So don’t cut it too close. The hard part is not taking too much. Most of the existing advice boils down to “see what works for you.”

According to PowerBank20, the average portable battery charger is about 85% efficient at turning stored energy into delivered energy. And one smartphone they tested was about 80% efficient at turning consumed energy into stored energy. Add in other energy losses through cables and connectors, and it’s easy to waste more than 30% of stored PBC energy while recharging another device. But every PBC, USB cable, and device is different.

But efficiency doesn’t matter much if you measure how much energy a portable battery charger delivers, and how much energy your smartphone or other device consumes during recharging.

You cannot overcharge a properly designed device or portable battery charger. Manufacturers also design batteries for hundreds of recharges, until they gradually drop to about 70% of new capacity. Full discharge harms batteries, so internal electronics often hoard the last 5% to 10% of energy to extend battery lifespan.

Can a portable battery charger be taken on an airplane?

Because of explosion and fire risks, airline authorities limit flying with lithium-ion batteries by specified Watt-hours. Knowing that information can be critical before boarding a plane. At this time, TSA prohibits lithium-ion portable battery chargers in checked bags.

What’s the proper way to dispose of a portable battery charger?

Lithium-ion batteries are hazardous waste, so you cannot just throw devices into trash or recycling bins, or leave a dead one in the backcountry. You must follow local rules to dispose of them properly. Try to make your devices last a long time!

The industry created too many kinds of USB connectors and names. I use common retail names: USB-A, Micro USB, and USB-C. Each connector supports a dizzying array of data and power schemes. Ignoring data, the common power schemes are: plain USB up to 18 W, the Apple scheme at 12 W, and PD up to 240 W. In my market research, most lightweight PD PBCs deliver 18 W.

The world of USB recharging is frustratingly complex. When you plug a device into a portable battery charger or an AC charger, each end negotiates the recharging speed in Watts.

Often, they maximize battery lifespan at the expense of speed. So a portable battery charger that claims it can charge at 18 W might charge an 18 W smartphone at 9 W, tapering down near the end. You have no control, and without a USB meter, you normally have no idea. You just wonder why recharging takes so long.

USB-C fixed many of the problems with USB-A and Micro USB, but added new ones, like different cable power limits or maximum Watts. Choose high-quality cables from reputable sources, and try them before you head into the backcountry. Any decent cable should support the full 18 W delivered and consumed by lightweight portable battery chargers.

The good news is you can ignore most of these complexities by following a few rules.

Unfortunately, you probably need about as many cables as devices. For example, an iPhone needs a Lightning cable; the inReach Mini requires Micro USB; every smartwatch maker requires a unique cable; and in town, most portable battery chargers charge fastest through USB-C. Four devices, four cables, though some people like to play hide-and-seek with tiny adapters to reduce the count.

Maybe someday everything will use USB-C. The industry will probably come out with something new, improved, and incompatible before then.

Here is a brief, non-technical explanation of the BatteryBench portable battery charger tests described in detail below.

Delivered Energy: How many Watt-hours can the portable battery charger deliver? Connect the fully-charged PBC through a meter to a load tester at 9 W. Run until the PBC is empty.

Smartphone Overnight: Does overnight smartphone recharging waste portable battery charger energy? Connect the fully-charged PBC to a fully charged and turned off smartphone for 10 hours. Then run the Delivered Energy test without recharging the PBC.