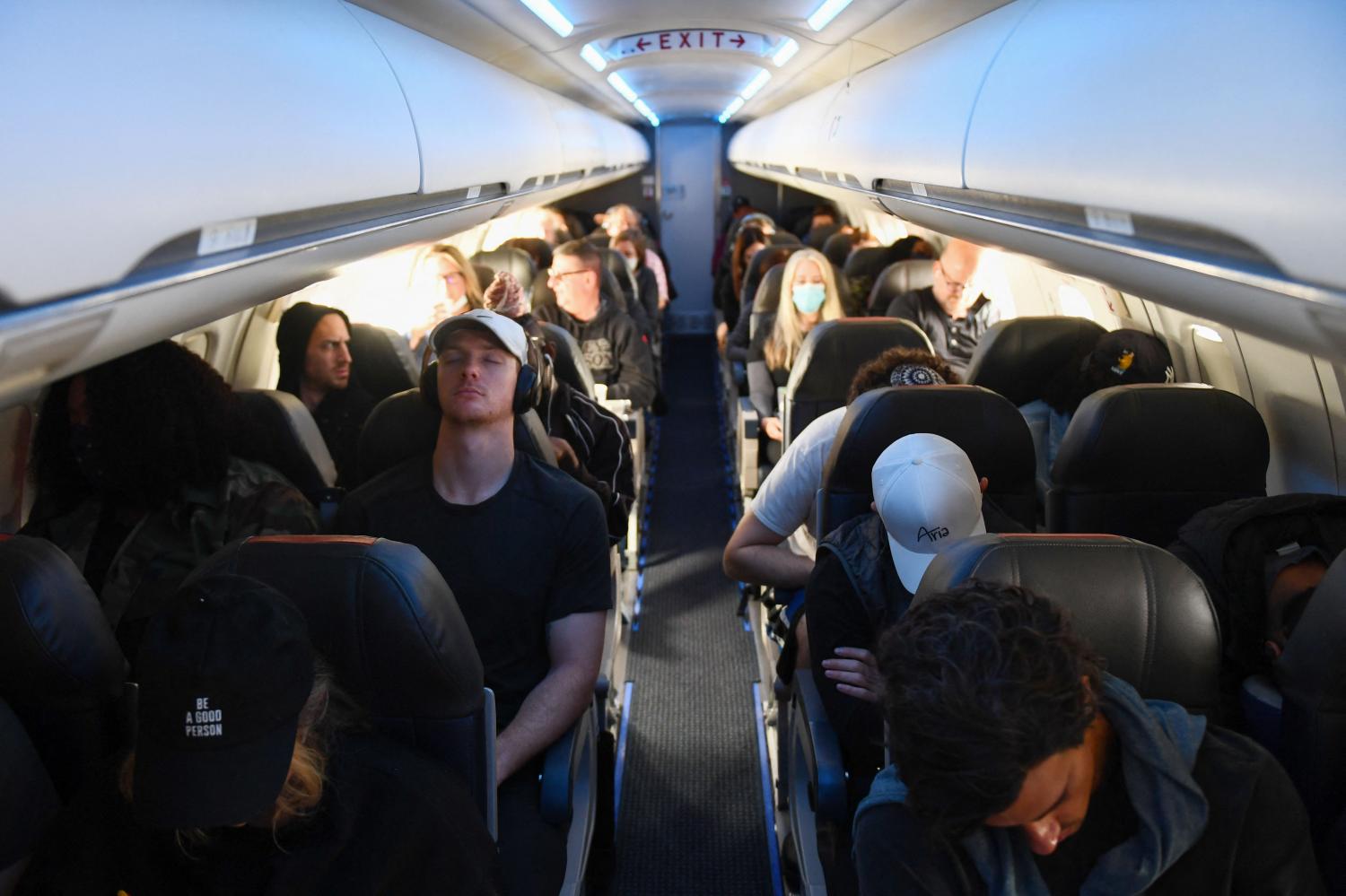 European airlines are weighing up their mask requirements on flights to the U.S. after a federal judge threw out the Centers for Disease Control and Prevention's mask mandate on mass transport, including onboard aircraft.

The ruling on Monday led U.S. carriers including Delta Air Lines and United Airlines to drop their face-covering requirements on domestic flights, and on international flights where local regulations don't require passengers to wear them.

The ruling surprised airlines and has alternatively delighted and frustrated passengers. It has also split European carriers regarding what they should require on trans-Atlantic flights.

Spokespeople for Air France and Deutsche Lufthansa said masks were still required on board all their flights, in line with French and German regulations.

British Airways, owned by International Consolidated Airlines Group SA, and Dutch flag carrier KLM -- which operates in a partnership alongside Air France -- told customers that the requirement to wear masks onboard was dependent on restrictions in the arrival destination.

KLM told passengers that it still "strongly advises all passengers" to wear a face mask on board.

Virgin Atlantic Airways said that masks would be a personal choice for customers effective immediately on all routes between the U.K. and U.S.

"This aligns with our existing mask policy on routes where international regulations around mask-wearing do not apply, including on flights to destinations in the Caribbean,'' a Virgin Atlantic spokesman said.

The airline asked customers to be "respectful of fellow passengers' mask preferences."

Many European countries have already dropped the mask requirement.

The U.K. was among the first countries globally to drop all Covid-19 travel rules, including requiring the use of face coverings on board flights and in airport terminals.

Sweden has also dropped its Covid-19 travel restrictions. Scandinavian airline SAS has been sending texts to passengers reminding them that masks are no longer required on most flights.

Videos circulated online late Monday of passengers in the U.S. cheering after being told by flight crew that a mask -- obligatory for most air travel for the better part of the last two years -- was no longer required.

Not everyone was excited about the shift.

Heidi Goodson, an assistant professor of mathematics at Brooklyn College, City University of New York, said she switched her return flight from Germany via United to one operated by Lufthansa so that she could fly on an airline that still required masks.

She had to pay extra to make the change.

"Lots of people don't have this sort of financial flexibility and so they have to risk their health when unexpected policy changes are made," Ms. Goodson said.