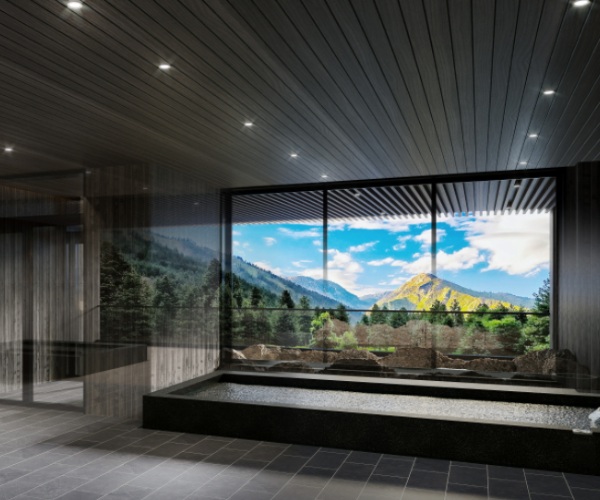 5 reasons to visit Tohoku once Japan re-opens for tourism

Tohoku, the historically-isolated northern Japanese region, will be among the best places for international travelers to visit, especially for spiritual and natural adventures, once Japan reopens for tourism.

Written about by legendary haiku poet Matsuo Basho in his masterpiece travelogue “Oku no Hosomichi” in 1702, Tohoku has been known in Japan since ancient times for its beautiful natural landscapes, sacred mountains, therapeutic hot springs and unique rituals.

The lack of public transportations, tourist-friendly facilities or tourism information – and language barriers for non-Japanese speakers – in many parts of the region, however, has always kept it hard to access. Less than 2 percent of international visitors to Japan reached here before the pandemic.

The year 2020 was supposed to be the start of a new era for the best-kept secret of Japan tourism following a decade-long government project to turn it into an international tourism destination in time for the 2020 Tokyo Summer Olympic Games.

Tohoku ranked among National Geographic’s “Best Trips 2020” and Lonely Planet’s “Best in Travel 2020” destinations. Fukushima Prefecture made The Guardian’s list of 20 best places to visit in 2020.

The year 2020 didn’t turn out exactly as expected, however, during the pandemic, the region has evolved more as a fun and comfortable adventure wonderland. Tohoku has added accommodations, services and routes and lowered language barriers.

Here is a look at the five reasons why Tohoku is the place to go once borders reopen:

Many new accommodations will be available in the middle of dynamic and pristine nature and in regional cities. IHG Hotels and Resorts, the major international hotel operator, is making its biggest investment in Japan in at least 15 years in Tohoku, manifesting its confidence in the region’s potential. It will open in February three resort hotels under the ANA InterContinental, ANA Crown Plaza and ANA Holiday Inn brands, adding more than 1,000 rooms in the Appi Kogen area at the heart of the region, the mountain resort which National Geographic describes “exhilarantingly uncrowded” in its Best Trips 2020 article. 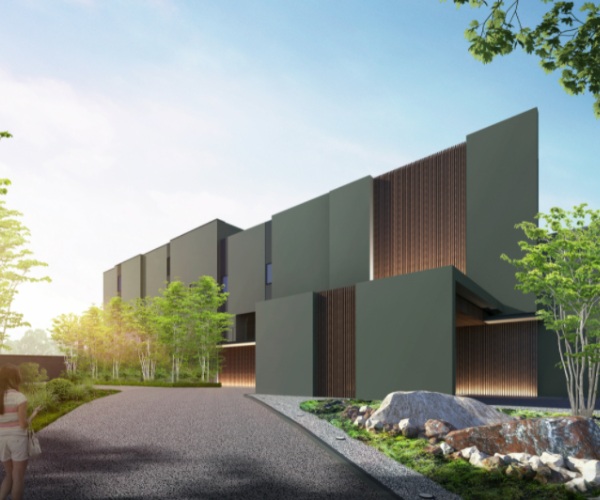 Among the number of glamping facilities across the region, GLAMPic, lets you privatise a small mountain at the foot of the famous Zao mountains for a price of roughly around 200 euro or 200 US dollars per night. Other new openings include a stylish city hotel, Hotel Grand Bach, in Sendai, Tohoku’s biggest city, with 151 modern rooms; Wanoi Kakunodate, a small private hotel with three luxury rooms made in a renovated storehouse, in the samurai district of Kakunodate; and a popular Japanese business hotel chain Daiwa Roynet Hotel branch with 204 cozy rooms in Yamagata, the base city for climbing Yamadera.

New services and trails, as well as upgraded facilities, are ready to let international visitors enjoy and immerse themselves in the rich nature, culture and traditions of this “deep Japan” region like never before. The Michinoku Coastal Trail, the new national park built on the tsunami-devasted scenic 1,000-km stretch of the Sanriku Coast and completed in 2019, is itching to be explored. This diverse walking route has made numerous major appearances in the international media and even made a finalist in the British Guild of Travel Writers association’s International Tourism Award 2020.

The Japan Eco Track Fukushima route, which is designed for exploring by carbon-free means, namely by foot, bike and rowing, is now mapped out thoroughly and comprehensively in English with detailed practical information. The route goes through dynamic and scenic volcanos, ancient hot springs resorts such as Tsuchiyu Onsen, rural areas and a coast. The Sannai Maruyama Site, which was recognized in July as a UNESCO world cultural heritage site along with its neighboring archaeological sites, is now fully multi-lingual for international visitors and equipped with innovative digital guiding tools. The archaeological site, consisting of a reproduced settlement and the museum with almost 1,700 artifacts excavated from the site, lets you discover how people lived in the early and middle “Jomon” period (approximately between 3900 B.C. and 2200 B.C.). 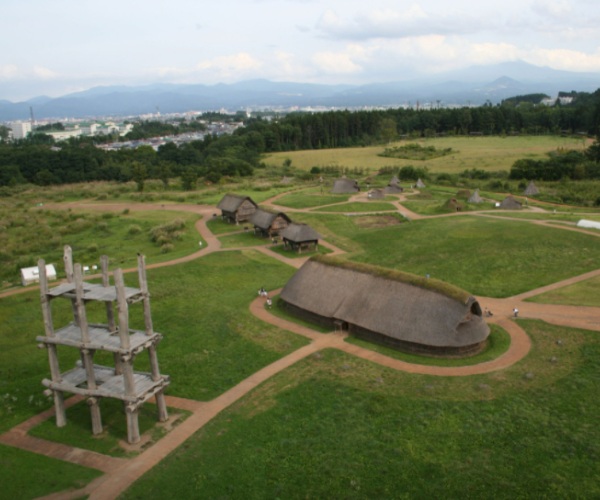 Transportation is easier than ever. Shinkansen bullet trains connect Tohoku with the megapolis of Tokyo and even with the northern island of Hokkaido through an under-sea tunnel across Japan Sea. In 2021, the brand new 359-km Sanriku Expressway on the long-isolated Sanriku Coast by the Pacific Ocean was completed and connect the northern port city of Hachinohe with Sendai, Tohoku’s biggest city. For slower travel across Tohoku, several new scenic trains are now in service. Luxury sleeper train Shikishima debuted in 2017 and lets travelers see all across Tohoku in ultimate comfort. Tohoku Emotion, the gastronomy train launched in 2013, runs on the most beautiful part of the Sanriku Coast in northern Tohoku and serves exquisite meals prepared on the train with fresh local ingredients. For greener travel, charge stations for electric cars are set up across Tohoku to make it possible to rent and drive one. (There are rental car outlets located at all major train stations.) Rental bikes, including solar powered e-bikes, are available in many places, allowing you to feel and breath the pristine air of Tohoku and immerse yourself in the serene landscapes.

4. One of the greenest regions in Japan

Tohoku is one of the greenest places on earth with more open space than in most other places in Japan. The qualities that placed Tohoku among the world’s best destinations according to major international media outlets before the pandemic – such as the absence of a crowd and the abundance of open spaces surrounded by dynamic and diverse nature – will be more treasured than ever after the pandemic. 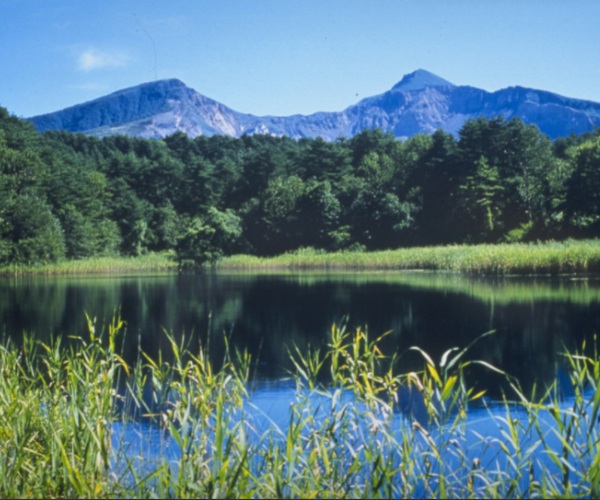 Tohoku is a wild and expansive region (about 67,000 square kilometers or about 26,000 square miles) with lots of space for relaxation and social distancing. Seventy percent of the region is covered with forests while the ratio is 67% for Japan which ranks third in the world in terms of a forest to land proportion. Population per square kilometer is 129 in Tohoku vs 337 nationwide. Tohoku is more attractive than before as a place to relax and inhale fresh air.

Tohoku is where you can enjoy ultimate wellness retreat in onsen, Japan’s famous hot springs baths. Well-being feels more important than ever. This volcanic region is known for an array of therapeutic hot springs baths in unique natural settings. Nyuto Onsenkyo and Matsukawa Onsen are located in the scenic mountainous areas of Towada-Hachimantai National Park, while Koganesaki Furofushi Onsen and Minamisanriku Onsen are situated directly on coasts, offering stunning ocean views. It is also easier in Tohoku than elsewhere in Japan to find affordable private hot springs baths at ryokans and hotels across the region. 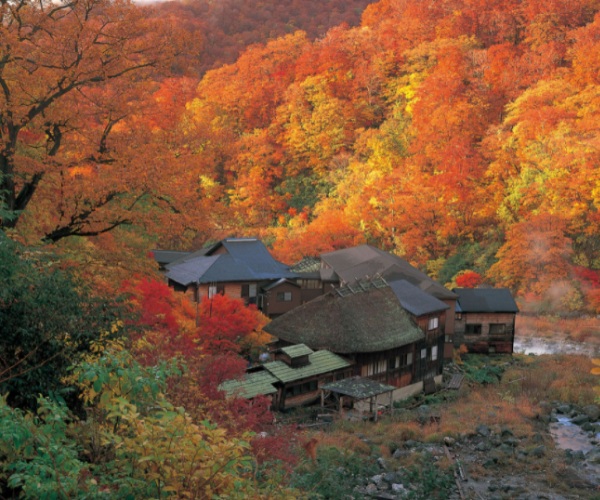 Japan’s northeastern region of Tohoku is a wild and expansive area encompassing six prefectures: Aomori, Iwate, Miyagi, Akita, Yamagata and Fukushima. This rural region has historically stayed isolated by limited transport and some of the world’s heaviest snowfall. Isolation has allowed Tohoku to develop a unique culture with its own distinct traditions, with very limited influence from the outside world. After a decade of government-led efforts to make it an international holiday destination, this best-kept secret of Japan tourism is finally ready to take center stage, offering lush landscapes, serene winter wonderlands, one-of-a-kind spiritual experiences and world-class outdoor adventures.

Tohoku is remarkably accessible from Tokyo. As close as a one and half hour-bullet train ride away, the region’s bountiful nature, expansive rice paddies and beautiful villages immerse visitors instantly in warm rural landscapes reminiscent of Ghibli films. At the time of writing, Japan currently has entry restrictions in place in efforts to contain the global pandemic. Please see coronavirus advisory information by Japan National Tourist Office for updates on entry restrictions.